Video: A Cheetah Stole My Camera 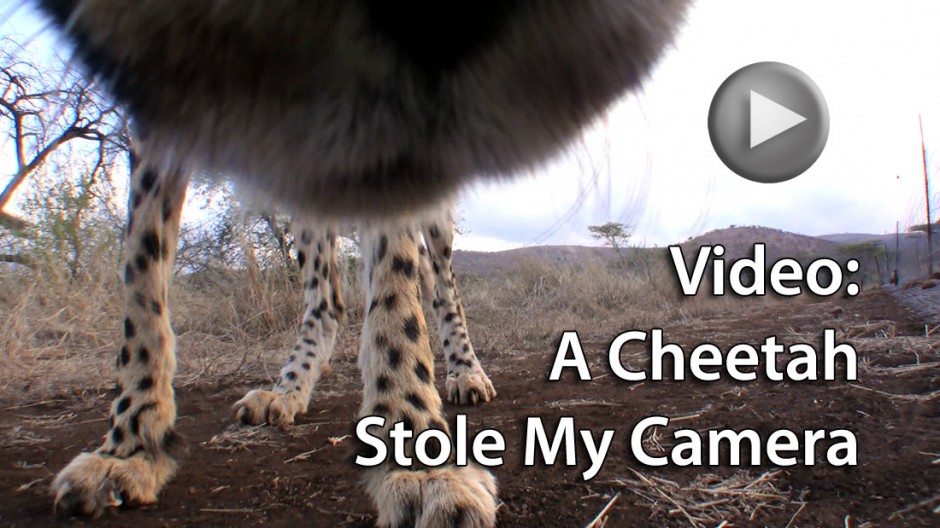 (click to play) Video: A Cheetah Stole My Camera

You knew they were the fastest animals on earth. But did you also know they like to steal cameras?

Cristina and I spent three months monitoring cheetahs at a game reserve in South Africa. By then we were very familiar with the two resident males, Scar and Kalahari. One day I decided to try filming them by leaving my video camera sitting on a bean bag near the fence where they liked to walk. We backed up our truck and watched from a distance.

To our amazement, Kalahari walked right up to it, sniffed it, gave it a lick, then proceeded to gently pick it up with his teeth! He started to walk away so I jumped out of the truck and shouted. Instantly he dropped it, stomped on it a few times, and then stubbornly refused to leave it. Finders, keepers he said. So I waved my arms and cursed a few times and eventually drove the truck over to retrieve my stolen camera.

The only lasting damage was the scrape of a single fang in the corner of the fold out screen where he picked it up ever-so-carefully.

If you enjoyed our video of a cheetah stealing our camera you may also like: