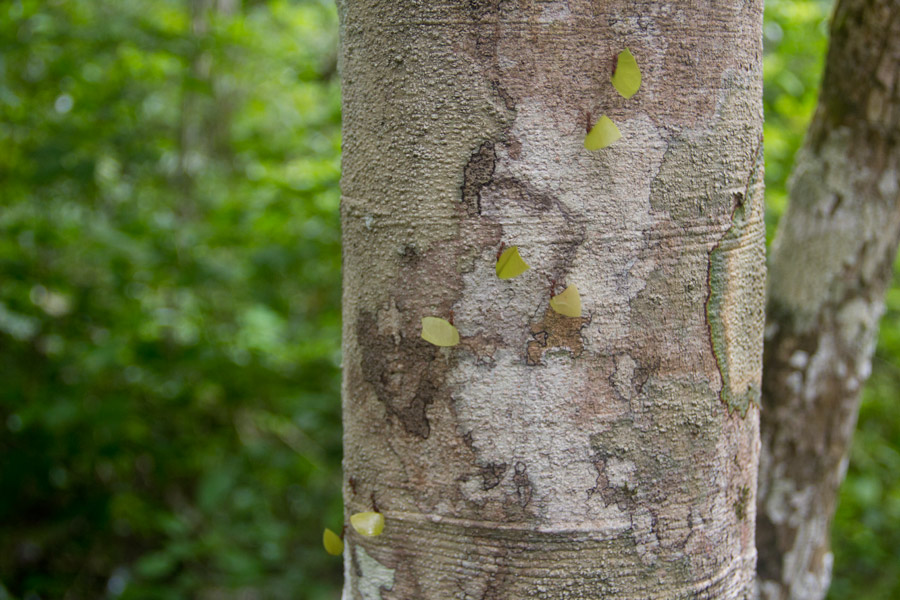 1) The First Farmers on Earth

Leaf-cutter ants are the only animal species (other than humans) that cultivate their own food. Leaf-cutters don’t eat the leaves they cut. They use the leaves to grow a fungus which provides their food. Forager ants cut pieces of leaves from trees and transport them back to the underground nest. Then, they turn them over to the farmers who clean the leaf fragments and chew them into a pulpy mulch. This paste is then feed to the fungus. The fungus breaks down the toxins in the leaves and swells with proteins and sugars. This is ant’s food. The ants and fungus have a symbiotic relationship. They are both dependent on each other for survival.

It has been discovered that leaf-cutter ants were producing antibiotics millions of years before humans figured out how to do the same. Scientists couldn’t figure out how ants kept their fungus gardens so perfectly free of molds and infections. One day, a researcher discovered a white waxy coating on some of the ants deep in the fungus farms. The coating turned out to be a tangled mat of bacteria, the same type of bacteria that is used to produce antibiotics in human medicine. They have used these antibiotics to control the pests in their gardens for 50 million years. Humans discovered the trick less than a century ago. 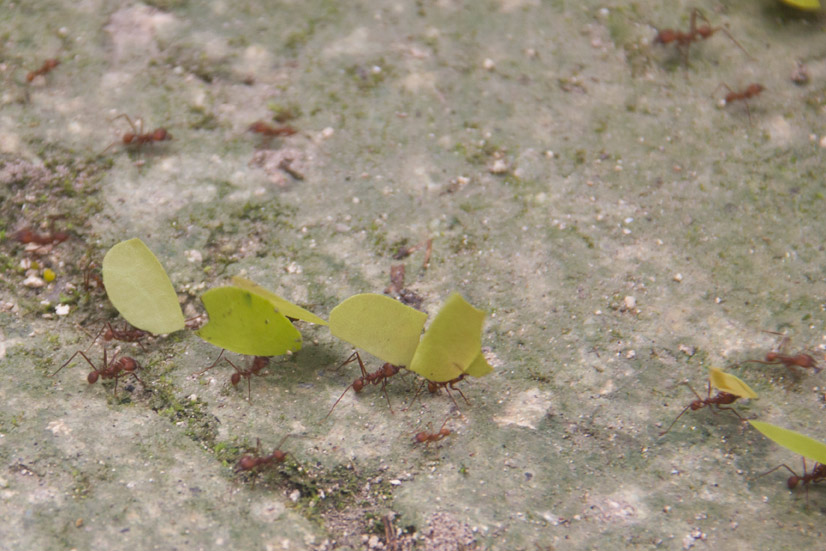 Leaf-cutter ants on their way to their nest

A leaf-cutter colony is like a well-designed underground city with a series of mounds at the surface. In total it can cover as much as 600 square meters and extend as deep as 6m (20 feet) below the surface. Like humans, ants require oxygen to breathe and CO2 buildup is a serious concern in the endless maze of underground chambers. But long before electric fans were invented, these little creatures devised a ventilation system. The air circulation in the nest is controlled mostly by the movement of warm air. The central chambers, where brooding and gardening occur, create slightly warmer air which rises through vent holes in the center of the colony. This motion draws cooler air in through the lower perimeter holes around the edge of the colony.
They also utilize advanced waste management systems. Waste (dead ants, fungi…) is set apart from the rest of the colony in a waste chamber. Specialized ants spend their whole lives tending these ‘rubbish’ rooms where they turn over and aerate the waste to hasten decomposition. They are the creators of the compost bin!

4) You Thought Your Aunt Was Big

In an ant colony there are four different-sized ants, each with a different duty. The largest are soldiers, specialized in defending the colony from vertebrates and large invertebrates. Slightly smaller are the workers who cut leaves and twigs and transport them to the nest. Next smallest are the “hitch-hikers” who defend the foragers against parasitic flies and often hitch a ride on the leaves they are carrying (see video below). Smallest of all, the minims tend the fungi and feed the rest of the colony.

In this video you can see two different workers, the harvesters and their bodyguards.

The queen, the size of a peanut and biggest of them all, is the only breeding female in the entire colony and can give birth to 150 million workers during her 12-year life span. Three to five million of these minions are alive at any given time.

If you enjoyed our four leaf-cutter ants facts article you may also like: