I shot this photo of a Grey headed flying fox in Australia exactly eleven years ago but I pulled it out of my photo files because it so interesting to me in so many ways. This is one of the native Australian animals that I was hoping to photograph during my visit. 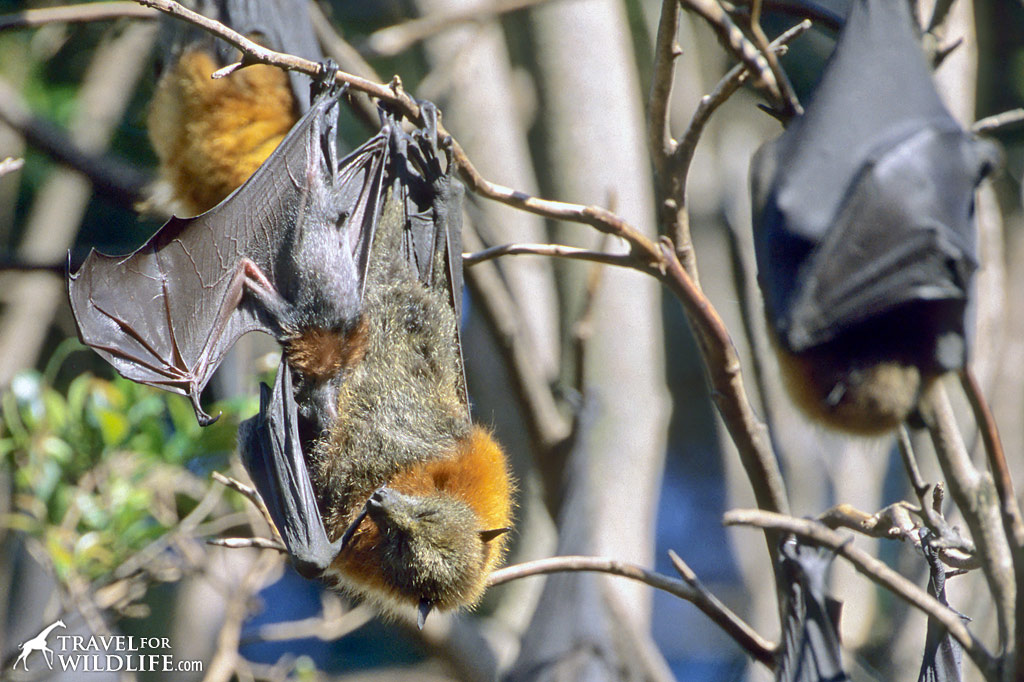 A grey headed flying fox nursing its young at the Royal Botanic Garden in Melbourne, Australia

A Grey Headed Flying Fox with her Young

This is a mother nursing her young! Bats are mammals like you and me and produce milk to nourish their babies. The little boy bat in the photo (you can see his wiener) is hanging upside down and stretching his little neck as far as he can to reach mom’s nipple. Yes, they hang upside down all day so of course they nurse upside down! There is one exception: bats turn right-side up and hang by their thumbs when it’s time to poop! 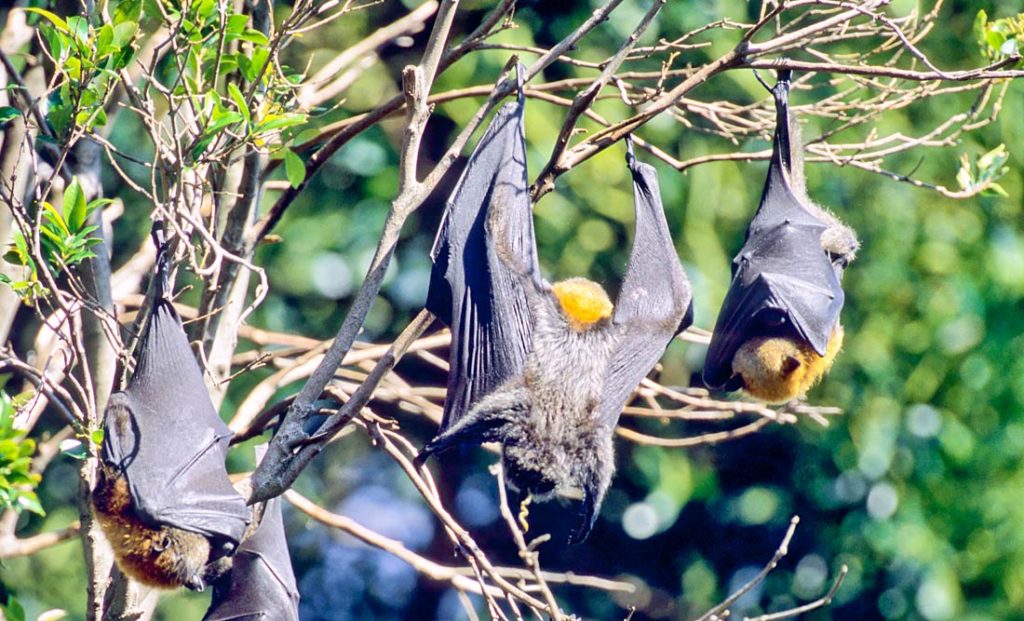 The Grey Headed Flying Fox is the Biggest Bat in Australia

Australia is a land of giant bats and this is the biggest bat of them all: The Grey headed Flying Fox (Pteropus poliocephalus). Adults have a three foot wing span! This species of bat mate once a year. Conception occurs in June-May and after a four month gestation, a single young is born in October-November.


Why are These Australian Animals Called Flying Foxes?

You can really see why these Australian animals are called flying foxes. This bat has such a sweet little canine-looking face and beautiful fox-like fur. They’re also known as fruit bats (because they eat pollen, nectar, and fruit!) And I love the peaceful look on her face.

One way to tell the Grey Headed Flying Fox apart from other flying foxes is their fur. The Grey headed flying fox leg fur extends down to their ankles! Furry flying foxes! 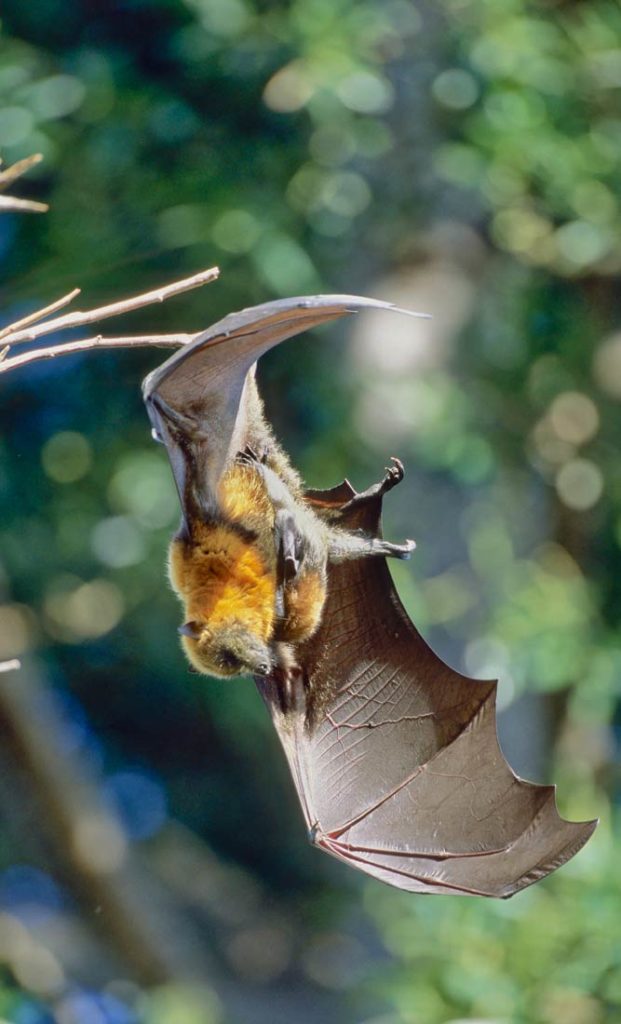 Flying fox mom with baby (see the fur goes all the way down to their ankles?)

Their Detached Claw is Used for Grooming

Look at those amazing “thumb” claws! You can clearly see in the juvenile bat’s wing how the bones are almost exactly like a human hand and arm, just longer and skinnier. Imagine if you had longer finger bones with skin between them. Do you think you could fly? Also notice how mom is using that large detached claw for grooming. Awesome! 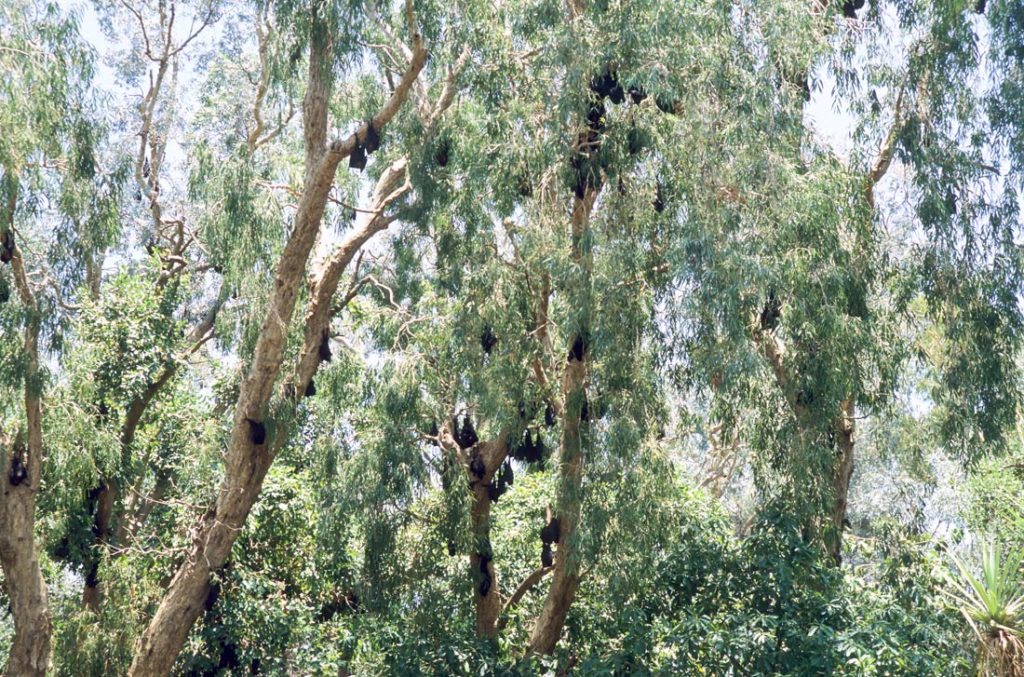 Flying foxes roost in huge noisy colonies during the day and disperse at night to feed. I photographed this particular colony in November of 2002 in Melbourne’s Royal Botanic Garden, right in the middle of the city. At the time there were nearly 20,000 flying foxes in this tiny park! Little did I know that just months after my visit (March 2003), they would begin a huge campaign to remove all the bats from the park. They successfully scared them all away (to preserve the trees and plants that were suffering in the Botanic Gardens) and moved the colony a couple miles away to Yarra Band Park, Kew. The photo I took shows the last summer they would spend in the gardens.

Did you know a flying fox roosting site is called a camp or campsite!Click To Tweet

This next video shows how the bats are happy at their Yarra Band Park home! At the end of the video you can see another Grey headed flying fox with her baby bat! It is so adorable when she wraps him up with her wings.

Want to learn more about Australian animals? Check out our article on the amazing echidna!

Enjoyed this article? PIN IT! 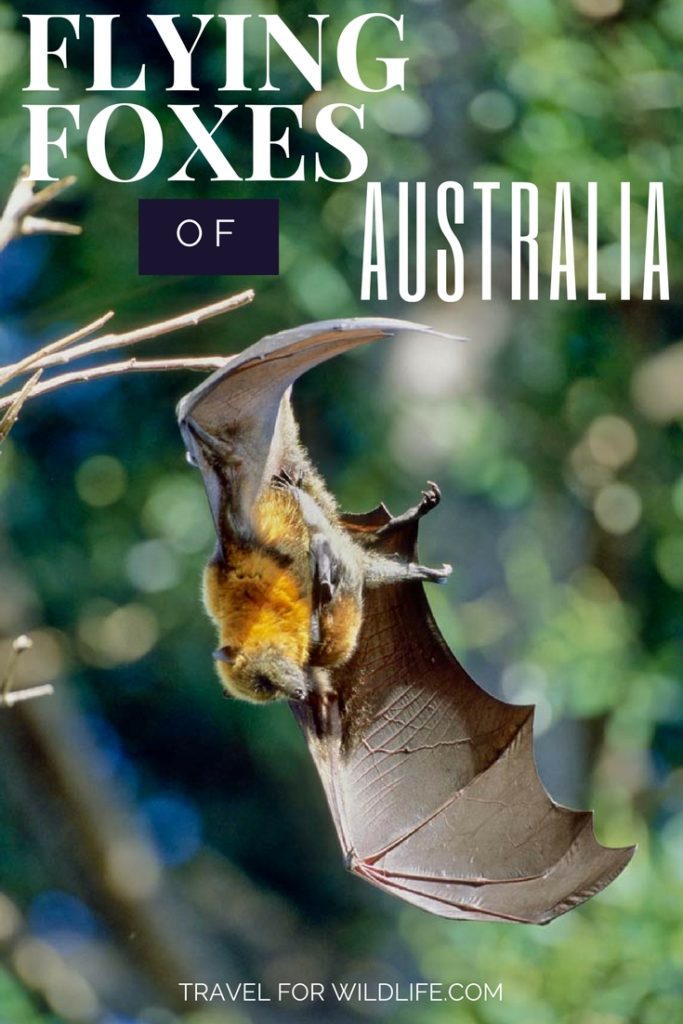