Where the Biggest Trilobite in the World Lives

I’ve always been fascinated by fossils. While Hal was dreaming about dinosaurs and playing Indiana Jones as a child,  I was more into the little guys, especially the trilobites. So when I learned this year that the biggest trilobite in the world was on display at The Manitoba Museum in Winnipeg I knew we had to make a stop on our American Safari. 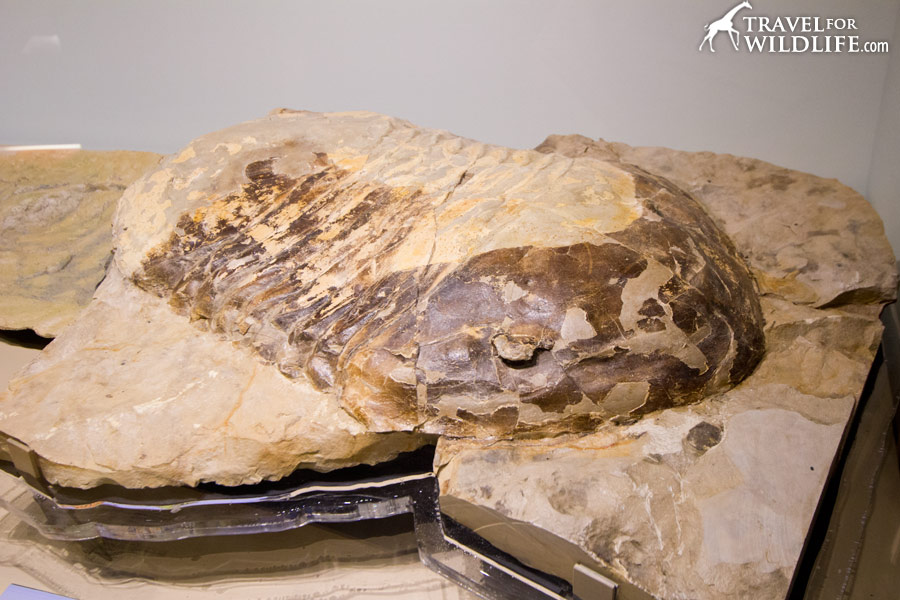 Isotelus Rex at The Manitoba Museum

What Is a Trilobite?

These sea-dwelling creatures roamed Earth millions of years ago, well before dinosaurs. They were marine arthropods (joint-legged animals), related to today’s scorpions and crabs. In fact, the horseshoe crab is probably the closest of its modern relatives. Some trilobites moved around the sea bed and some swam. Some were predators and some were filter feeders.

Trilobites lived in diverse habitats surrounded by big predators and therefore developed a wide variety of defense mechanisms. Some of them had retractable antennae, some developed sophisticated eyes (several trilobite species had compound eyes with over 15,000 lenses!), and some even produced protective spines like a cactus.

Trilobites were some of Earth’s most successful and diverse creatures for 300 million years, until they vanished in the Permian-Triassic Extinction some 250 million years ago.

The Biggest Trilobite in the World

Before arriving in Winnipeg I had no idea how big this trilobite was. Or if it had those huge compound eyes like a dragon fly. I was kind of hoping so as they are my favorite. And perhaps some spines. The more extravagant the better. I wasn’t disappointed when it didn’t have either. Because it was BIG. The biggest trilobite in the world is an Isotelus rex, and is almost twice as big as the next largest specimen ever found. It is  over 27 inches long  and 455 million years old . If we were living in the Ordovician period we would find these creatures while scuba diving. I can’t even imagine!

The largest trilobite in the world.

This particular individual was discovered in Churchill, the same place in northern Manitoba where we were heading next to swim with beluga whales and search for polar bears. During the Ordovician, Manitoba was in the tropics and submerged in a warm sea where Isotelus rex reigned. It was a sea where sponges and coral thrived. Isotelus lived in moderately deep water, beneath the effect of the waves. It probably spent its time predating on worms and scavenging on the sea floor. The fossil found in The Manitoba Museum comes complete with its own fossilized tracks across the sea floor. 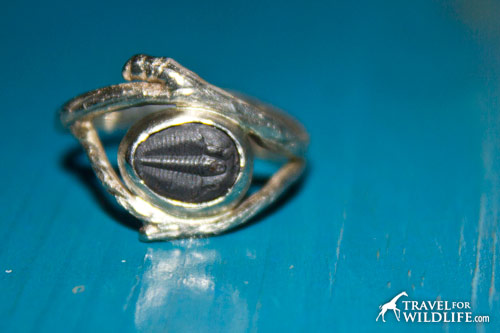 I am so into trilobites that when Hal proposed to me, he designed the engagement ring to include a tiny trilobite. He found a trilobite, an Elrathia Kingii, small enough that would fit nicely in a ring. It is only 0.02 inches! Now compare it with the 27 inches of Isotelus Rex. My ring-fossil lived during the Middle Cambrian (around 500 million years ago) and was found in Utah.

Here is a photo comparing both trilobites. It is like comparing a chihuahua with a wolf.

If you visit The Manitoba Museum you’ll find other cool fossils like the jellyfish in the photo below. It is unusual to find a jellyfish fossil as soft-bodied creatures like this one rarely survive the fossilization process. Only if they were buried in very fine sediment could such a fragile creature leave their imprint. So seeing this one was a huge treat! 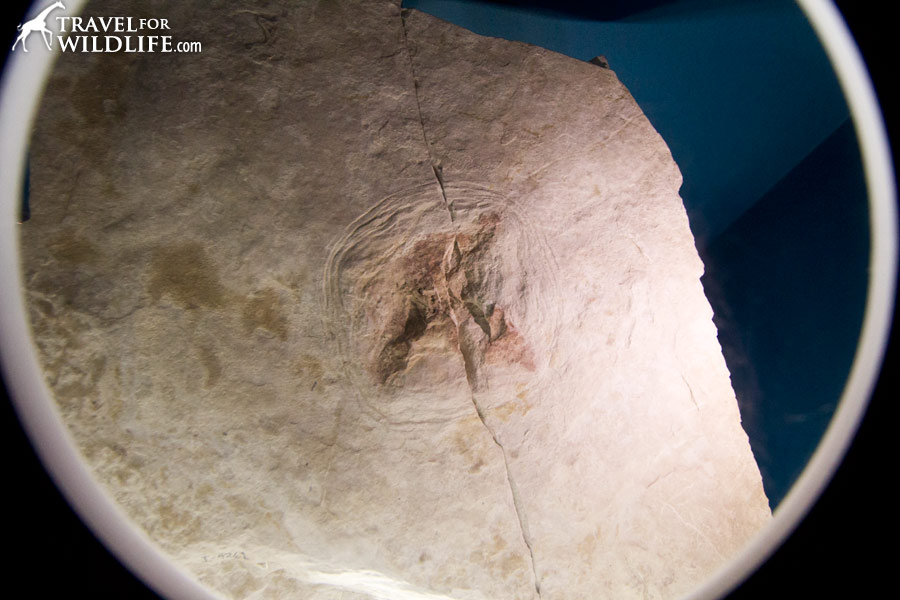 If you’d like to imagine what it was like to sit at the bottom of the living sea in prehistoric Manitoba, then you are in for a big treat. Stepping into the museum’s Ancient Seas room is like nothing I’ve ever seen. This cinema-like space features a three-screen animation that takes you right to the bottom of the ocean, in an aquarium-like experience. 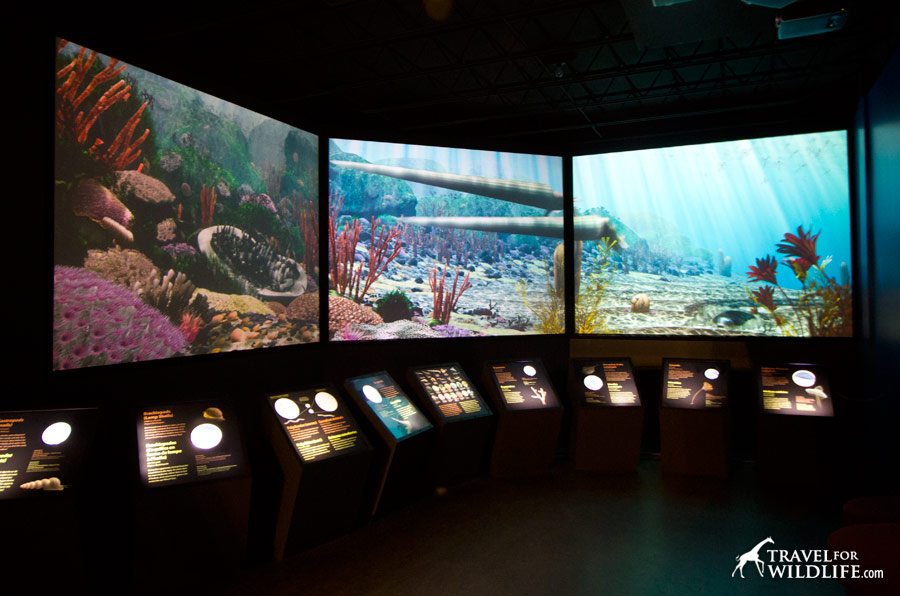 I had high expectations of finally seeing the largest trilobite in the world, but when I saw Ancient Seas I was amazed.

What else to do in Winnipeg? Take a look at our Wildlife Weekend in Winnipeg for some inspiration.

Disclosure: A tour of the museum was provided by Tourism Winnipeg, but the opinions expressed in this article are entirely our own.