The Museum That Got Lost in the Jungle

It’s a long lonely road through the jungle that leads to the Maya ruins of Calakmul in the Yucatan Peninsula of Mexico. 25 miles of nothing but solid forest packed with spider monkeys, tarantulas, toucans and coatis. Yet halfway to the ruins you’ll encounter a big surprise. Smack in the middle of the jungle is a museum, the Museum of Calakmul. Our first thought was Wow, this must be bad. Then we walked inside. 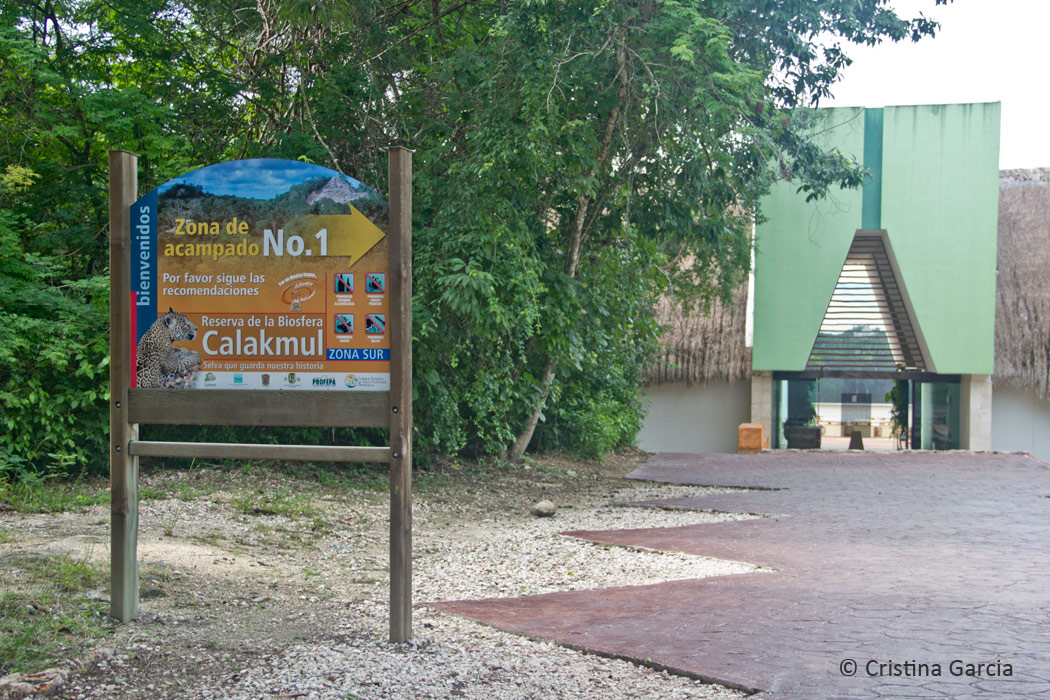 Entrance to the Museum of Calakmul

We were shocked to discover a large new building filled with beautifully-designed and modern exhibits. The layout flows smoothly between four different areas. From the geology of the Yucatan Peninsula to the history of the Calakmul ruins to local wildlife past and present, you can expect to spend up to an hour learning about this amazing corner of the world. 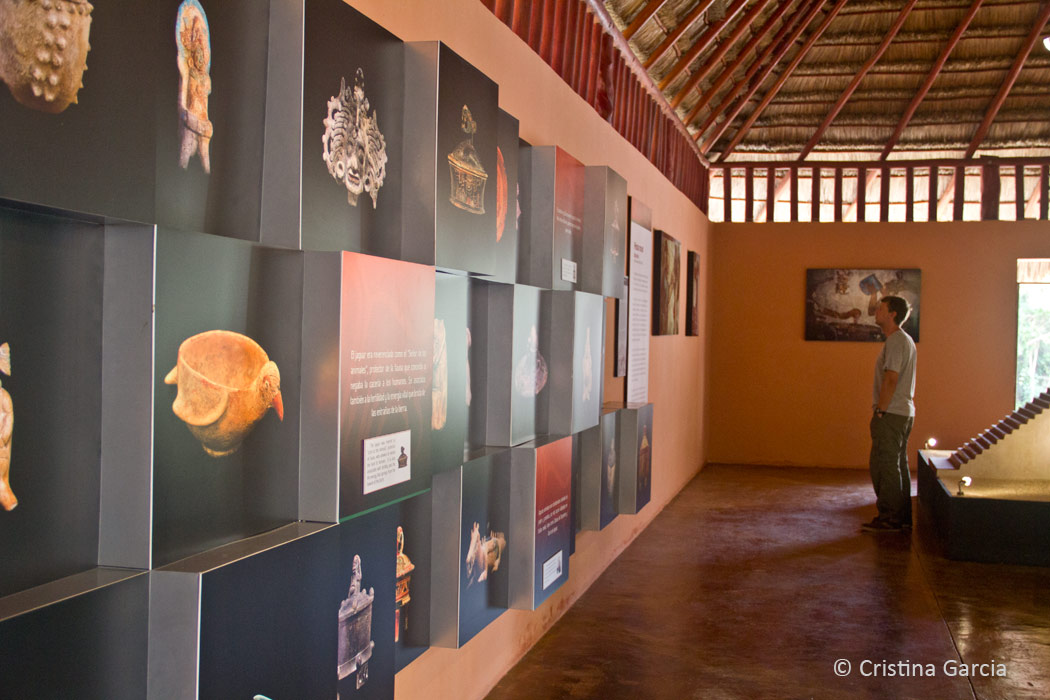 Learning the history of Calakmul

My favorite area features the biodiversity of Calakmul where we learned about the wildlife and plants that inhabit this jungle.

But let’s start from the beginning, shall we?

The Maya territory was immersed under deep sea when a meteorite fell on what is now the city of Merida. It is believed that it was this meteorite that caused the extinction of the dinosaurs.

The Chicxulub crater was formed blasting a depression up to 112 miles in diameter. The remains of this collision are now buried under the Yucatan jungles and Maya ruins. Since then a wide range of animals have come and gone. Here are my favorite three animals that used to live in the Yucatan:

1. Carcharoles megalodon, the biggest shark in the Yucatan

This giant of the seas was the biggest predator found in the oceans 25 million years ago. It could grow up to 60 feet and weigh up to 40 tons. It fed on other fishes, turtles, whales and dolphins. Teeth of this shark have been found in the walls of cenotes (sinkholes) all over the Yucatan Peninsula. 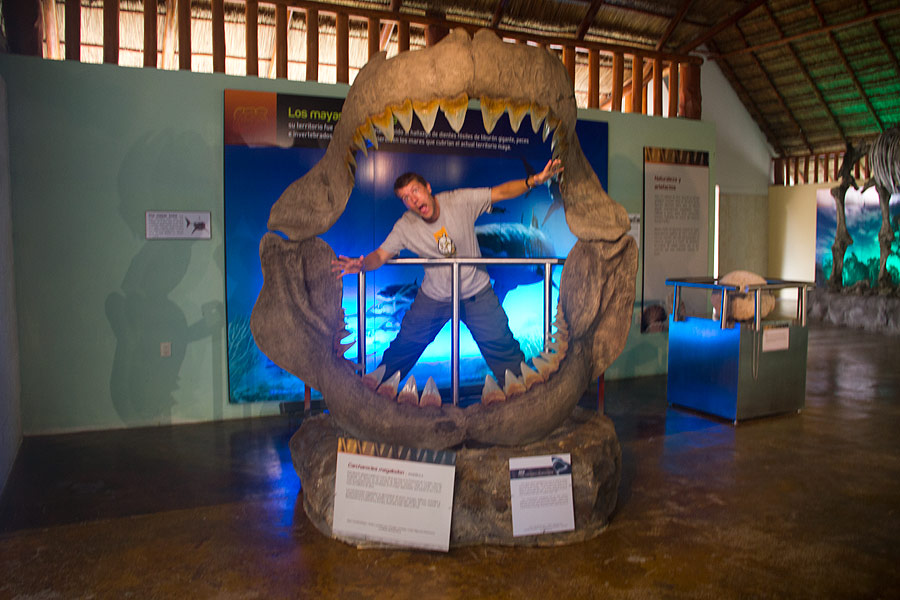 The biggest jaws in the oceans 25 million years ago

The glyptodont inhabited South America and made its way up to North American when the Isthmus of Panama joined the Americas 3.5 million of years ago.

The giant armadillo was a herbivore that could measure up to 10 feet in length and weigh nearly 1.5 tons. Its only defense was a strong armored shell and club-like tail. It lived in the area for millions of years but went extinct some time around the first arrival of humans 10,000 years ago.

Glyptodont fossils have also been found in the cenotes of the northern Yucatan. 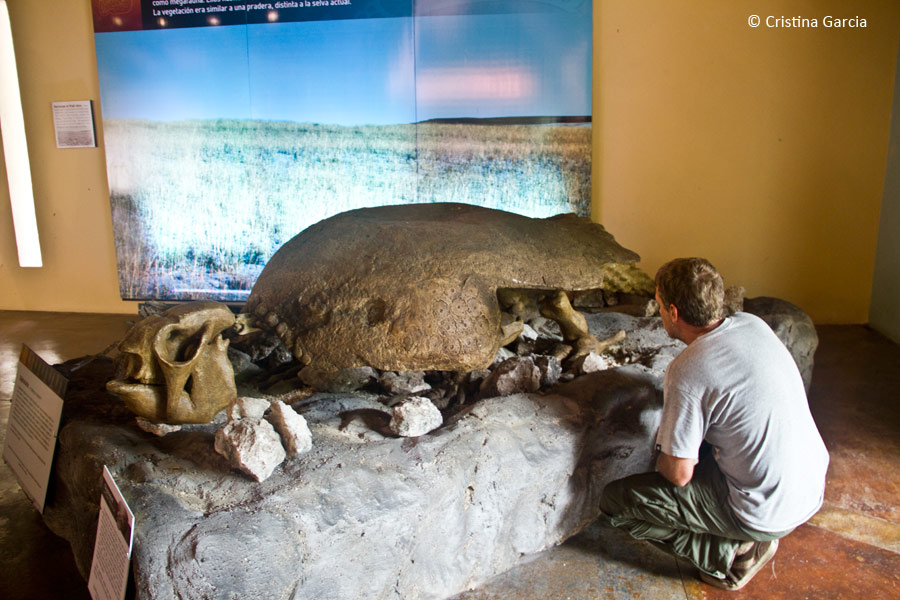 The fossils of the gomphotherium have been found all over Mexico including the Yucatan cenotes. These fossils date back 10,000 years to the Ice Age.

This large herbivore is closely related to today’s elephant and was a food source for the early human tribes. 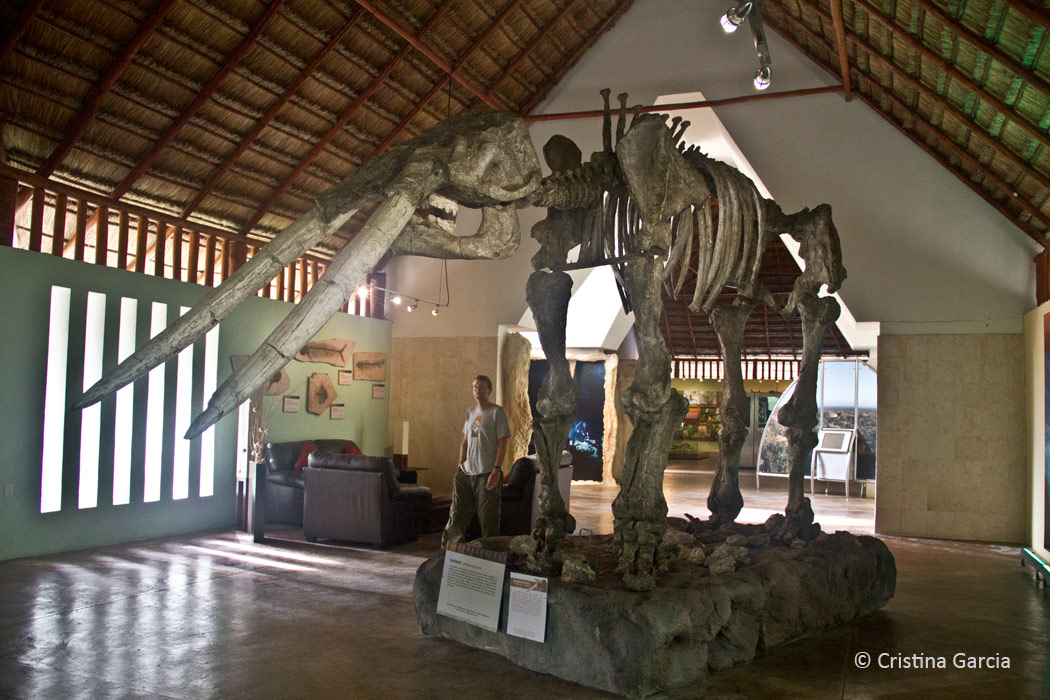 The earliest gomphotheriums were ancestors of today’s elephant

Relationship Between Man and Nature

The Museum of Calakmul successfully conveys the relationship between man and nature and shows how nature shaped the lives of the residents of Calakmul.

For the Maya people, nocturnal animals and those who lived in caves (like owls, snakes, jaguars and bats) were related to the underworld, where death and gods lived.

One of these animals, the owl, had a particularly strong presence in the Maya world. It was believed that they were the messengers of death and the gods. Because of their voice, owls were considered animals that announced omens, almost always of death. From this belief, derived the following proverb: 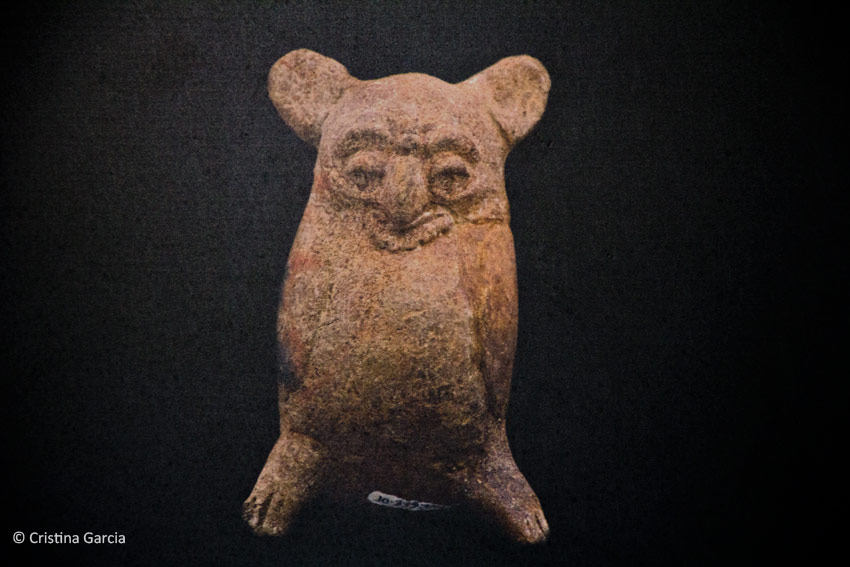 Owls were considered the messengers of death

The Biodiversity of the Calakmul Jungle 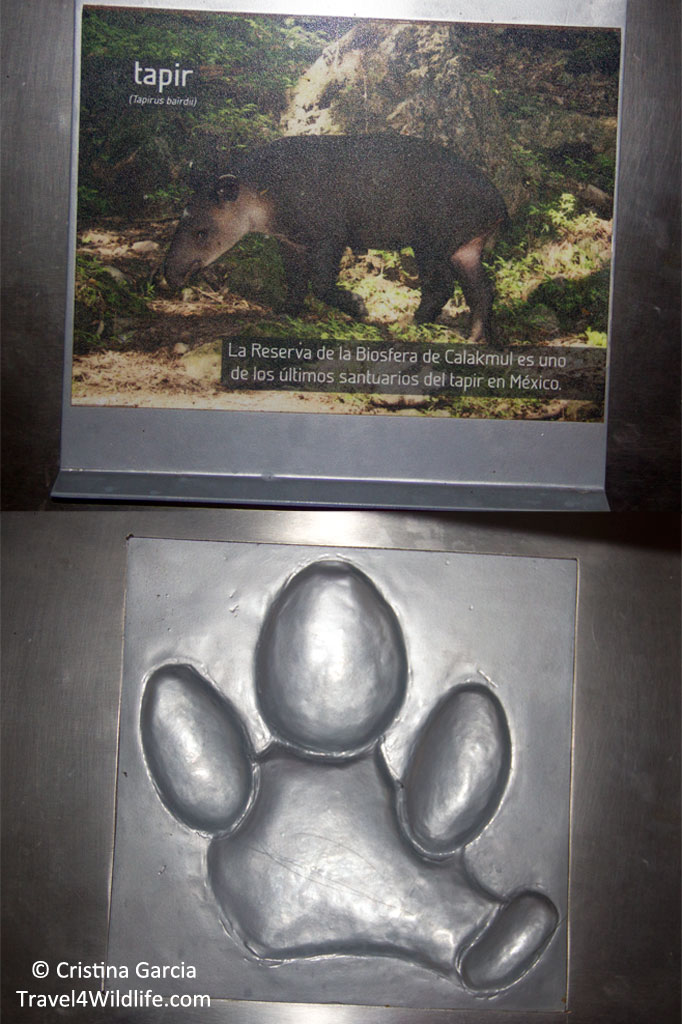 The Museum of Calakmul is a great stop before heading deeper into the jungle. Their biodiversity section is filled with graphics and interactive displays powered by solar energy. In this section of the museum you can learn about the plants and animals living just outside the door.

After listening to bird songs and learning how to identify animal tracks, you’ll feel well prepared to discover the hidden wildlife in the Calakmul jungle. 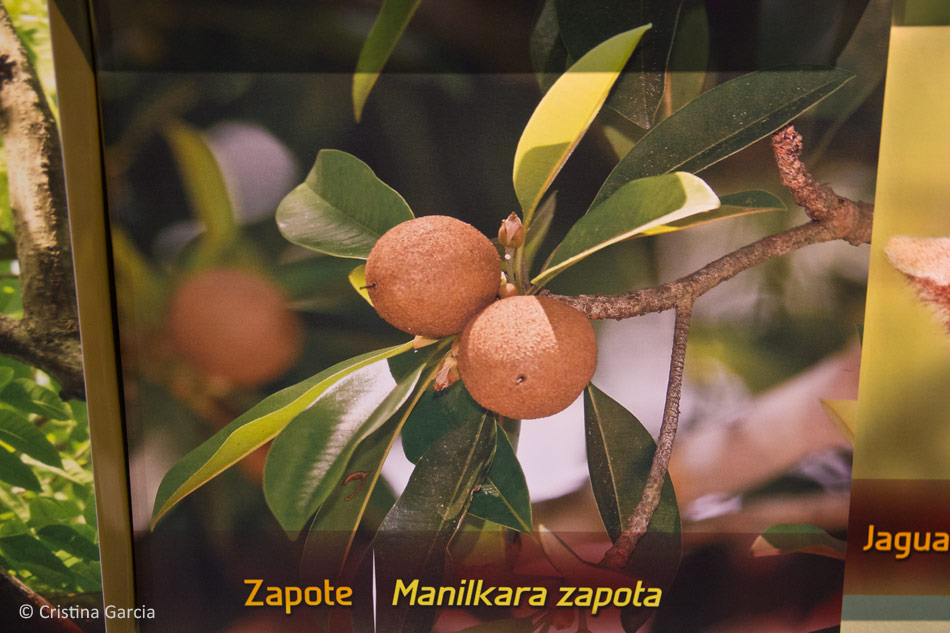 Identifying plants at the Museum of Calakmul

At the back of the museum is a door that leads to the outdoor garden. It showcases the plants that can be found in the jungle and the roles they played in ancient Calakmul. Separated into several areas, these range from edible plants, medicinal plants, aromatic plants, toxic plants and plants used for construction. Each specimen has an explanation of its properties and how the Maya people used them.

Guided Tour of the Museum

You can take a guided tour of the museum where you will be taught about the biodiversity and history of Calakmul. The guided tours are free and there’s no schedule, simply ask about it at reception if they haven’t mentioned it already. However, they only offer tours in Spanish. If you don’t happen to speak it, you might be better off just reading the signs which have been translated to English. 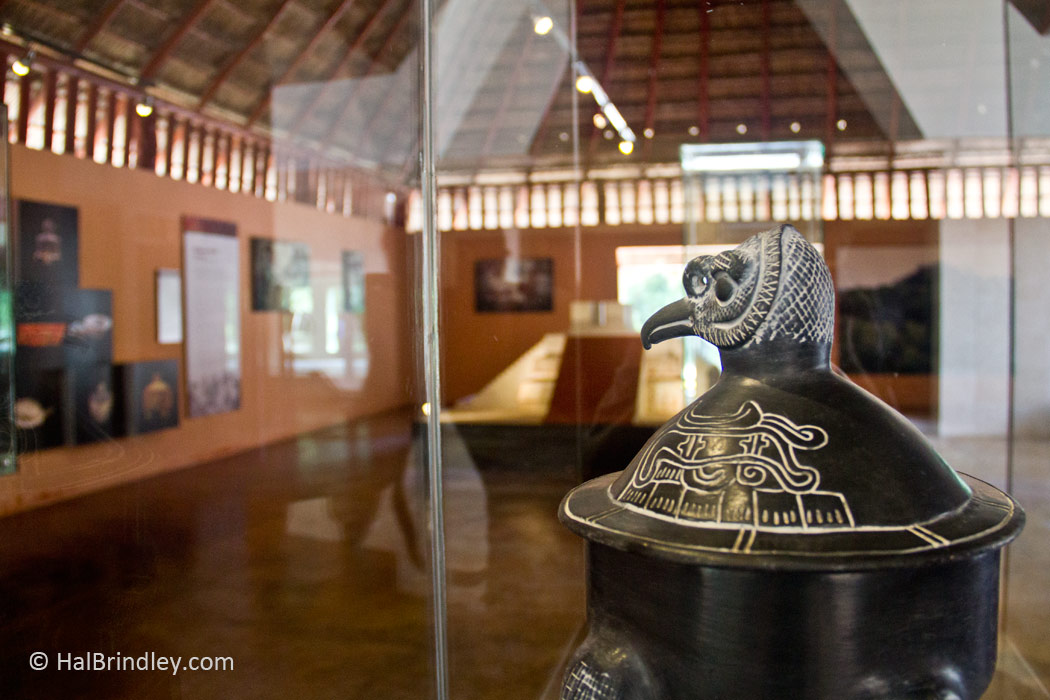 Even if you didn’t take a guided tour, make sure you leave some change at their tip box, right at the entry desk.

Now…time to look for jaguars!

If you enjoyed The Museum that Got Lost in the Jungle you may also like: