Where to See Birds and Alligators in the Everglades: The Anhinga Trail 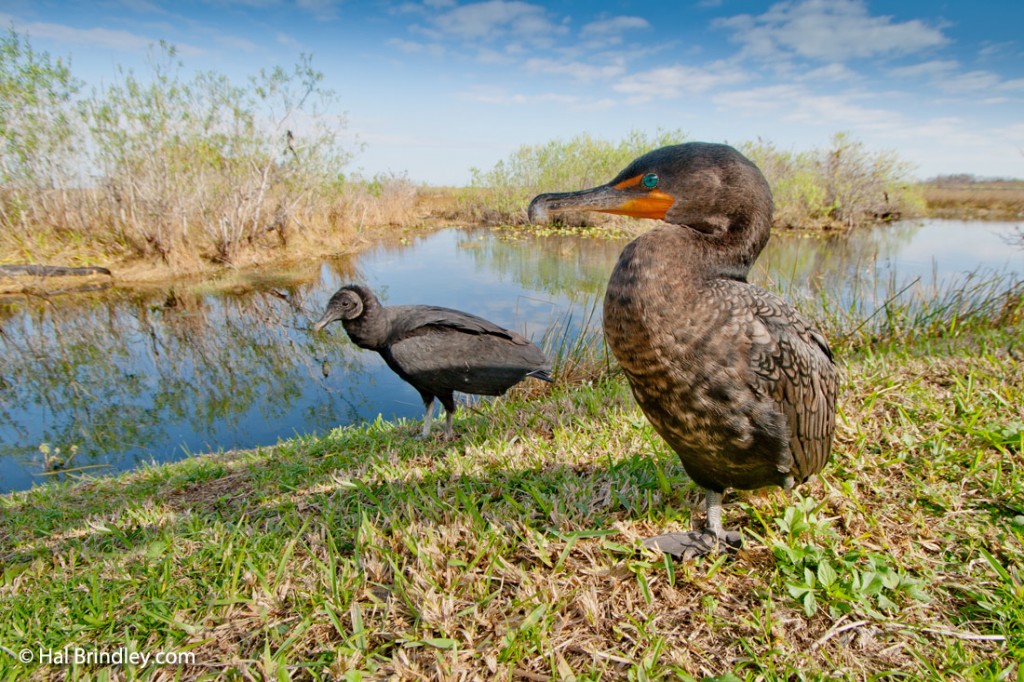 It is possible to get very close to your subjects like this cormorant and black vulture.

You don’t have to go slogging through deep swamps and get bitten by a thousand mosquitoes to see alligators and waterbirds in the Everglades. In fact, you only have to go 4 miles in from the main Everglades National Park entrance to see an amazing assortment of wildlife, right from the comfort of a boardwalk trail. It’s called the Anhinga Trail.

The Everglades National Park in Florida is a vast (1.5 million acre) wilderness. It holds the largest continuous stand of sawgrass prairie in North America and is the largest remaining subtropical wilderness in the continental United States. It provides habitat for alligators, muskrats, deer, turtles, apple snails, and numerous bird species (around 325), as well as many species listed as endangered in the United States including manatees, wood storks, American crocodiles, and the Florida panther. The greatest concentration of wading birds on the continent of North America is found here in the Everglades National Park. 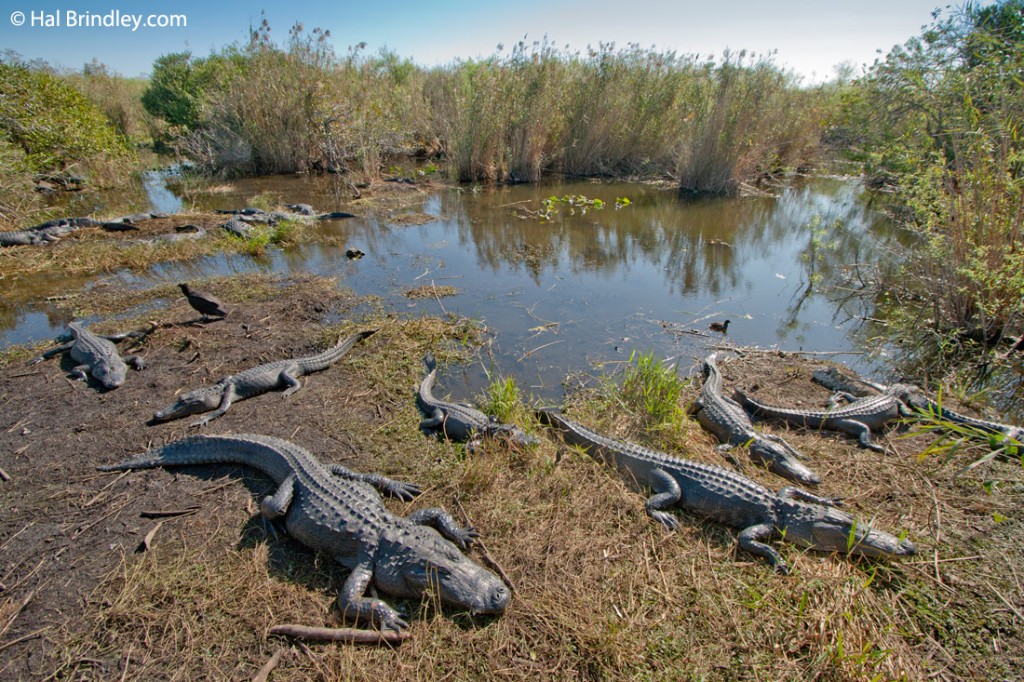 The Anhinga Trail is a great place to see lots of alligators soaking up the sun.

You can get close up views of many of these species from The Anhinga Trail, a short 0.8 mile round trip that follows paved paths and boardwalks. Simply park at the Royal Palm Visitor Center to find it.  The self-guided walk winds through sawgrass marshes which provide habitat for alligators, turtles, and numerous bird species including  roseate spoonbills, great blue herons, white ibis, wood storks, black vultures, green herons, triclorored herons, great egrets, common moorhens, cormorants, and of course, the bird for which the trail was named: the anhinga. 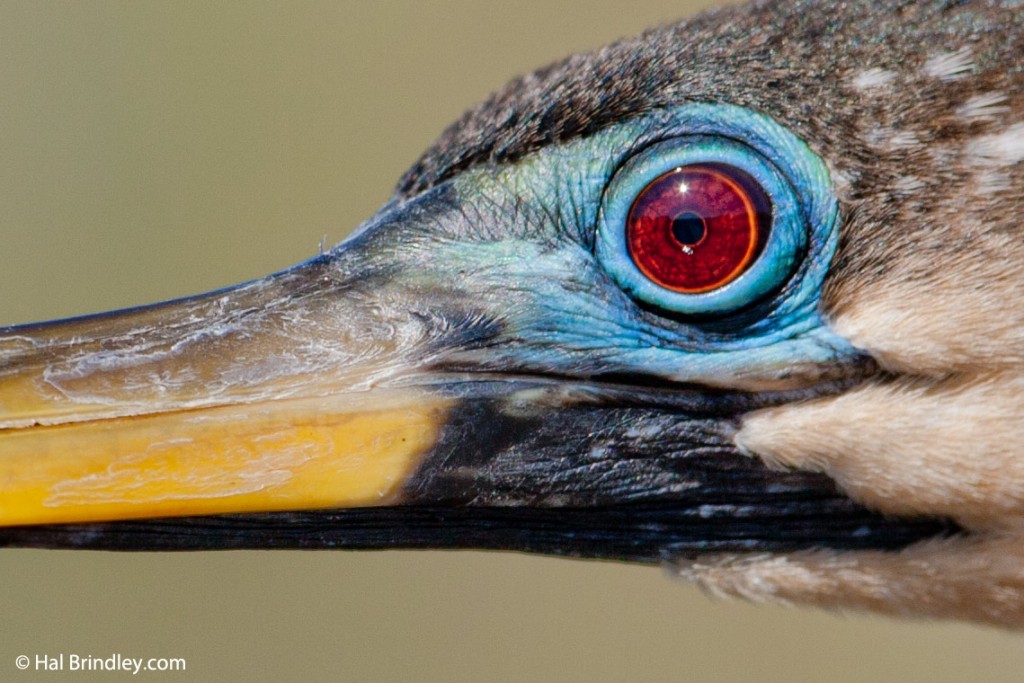 Habituated animals allow for shooting some amazing close ups like this Anhinga.

Why the Anhinga Trail?

There are many reasons why you should stop at the Anhinga Trail during your visit to the Everglades. 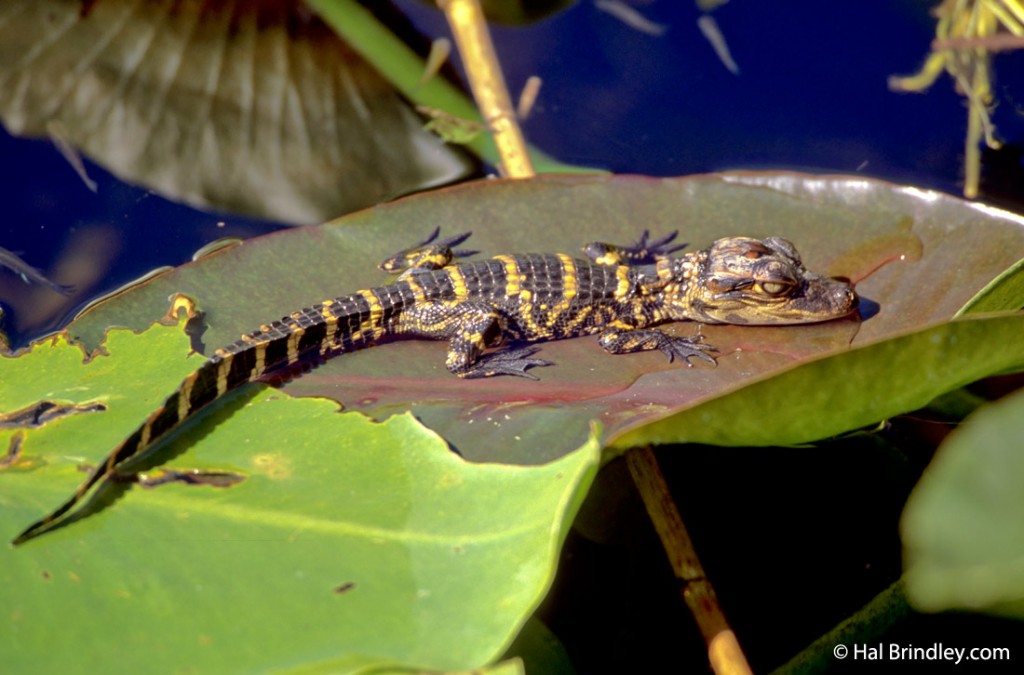 When to Visit the Anhinga Trail

The time of the day can also be crucial if you are into photography. Arrive just after sunrise or just before sunset and you’ll be rewarded with softer light and more pleasant colors. Don’t forget to pack some warm clothes if you visit in the winter at dawn or dusk. 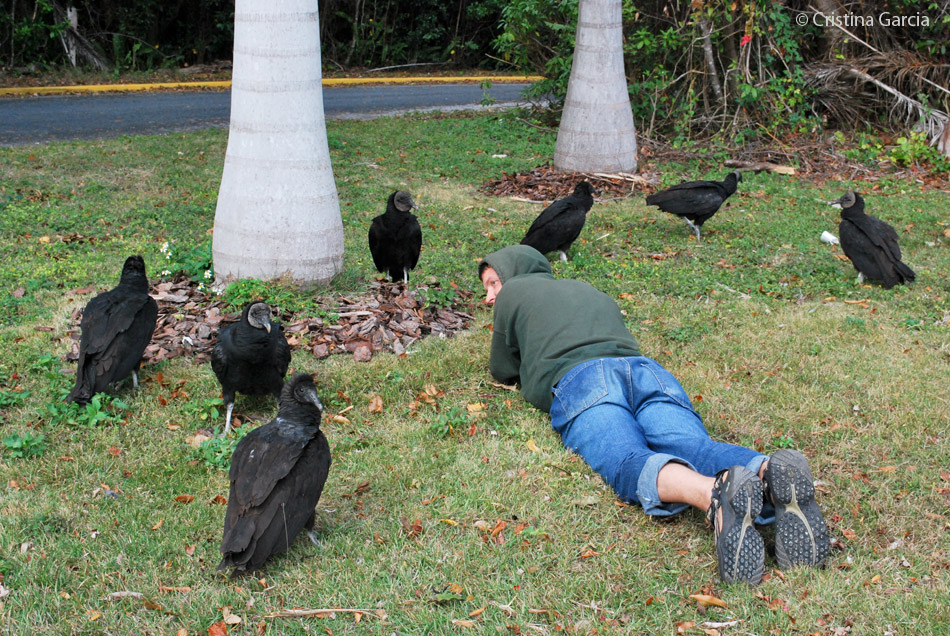 We spent almost an hour with these curious black vultures

Photo Gallery from the Anhinga Trail 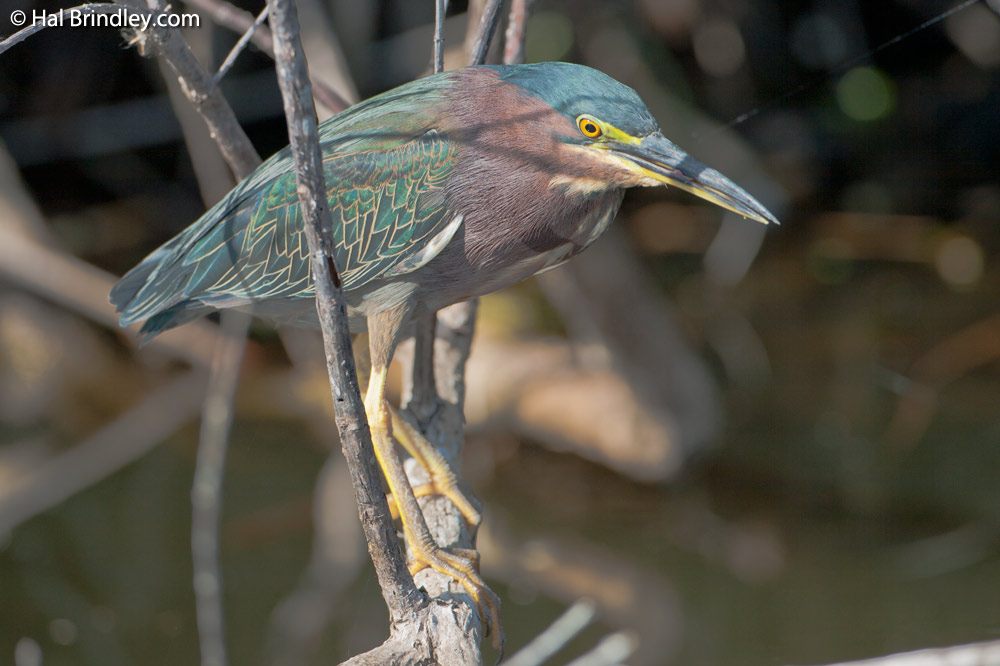 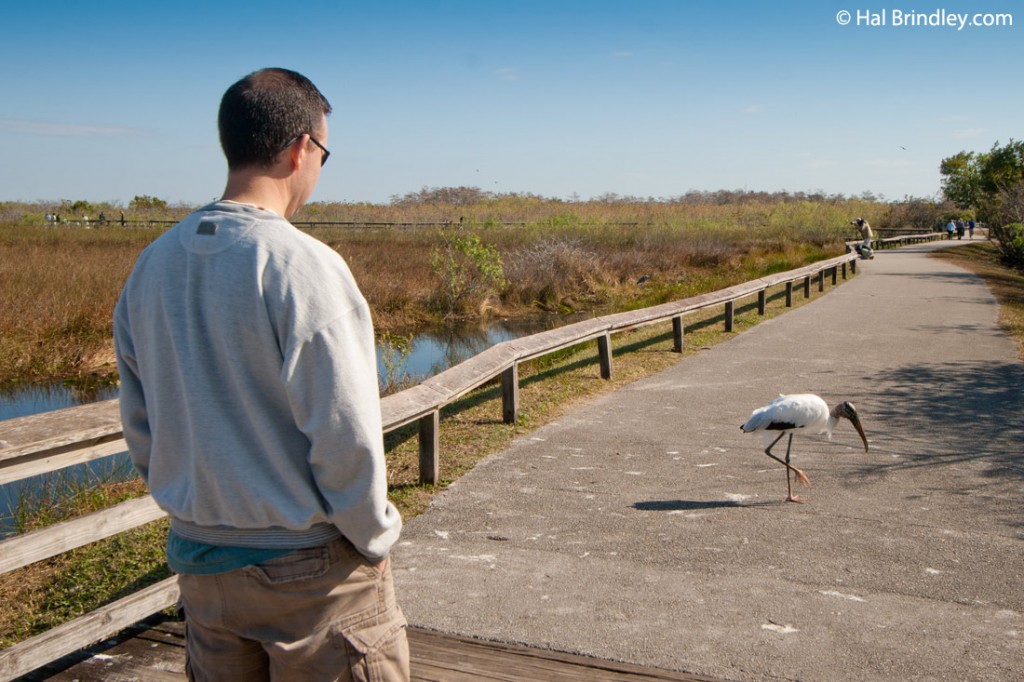 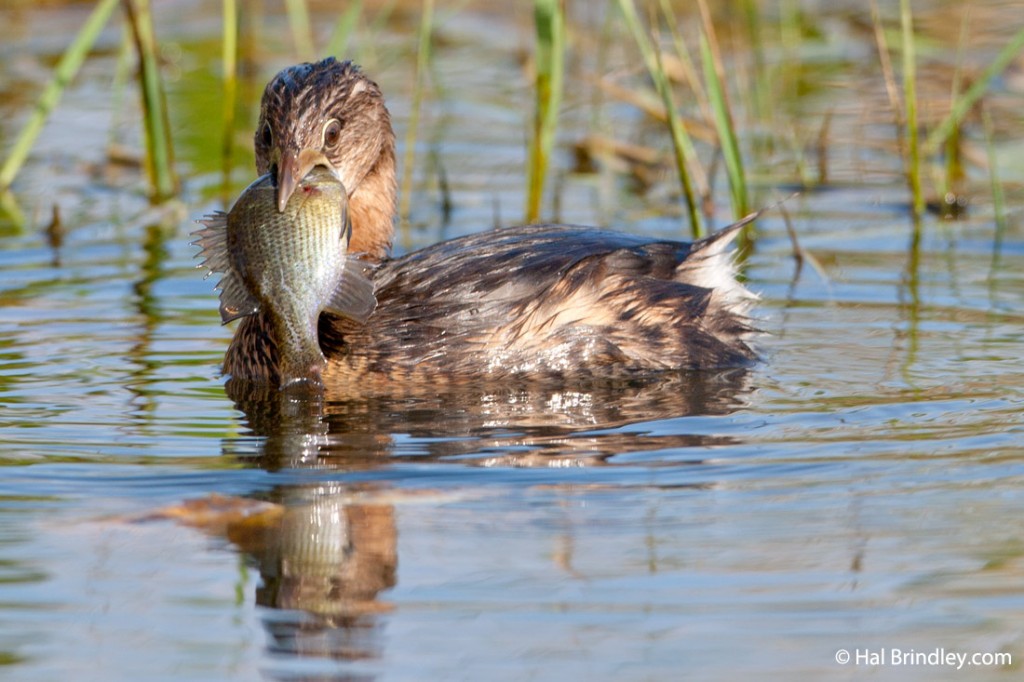 A Pied-Billed Grebe attempts to swallow a fish bigger than its head. 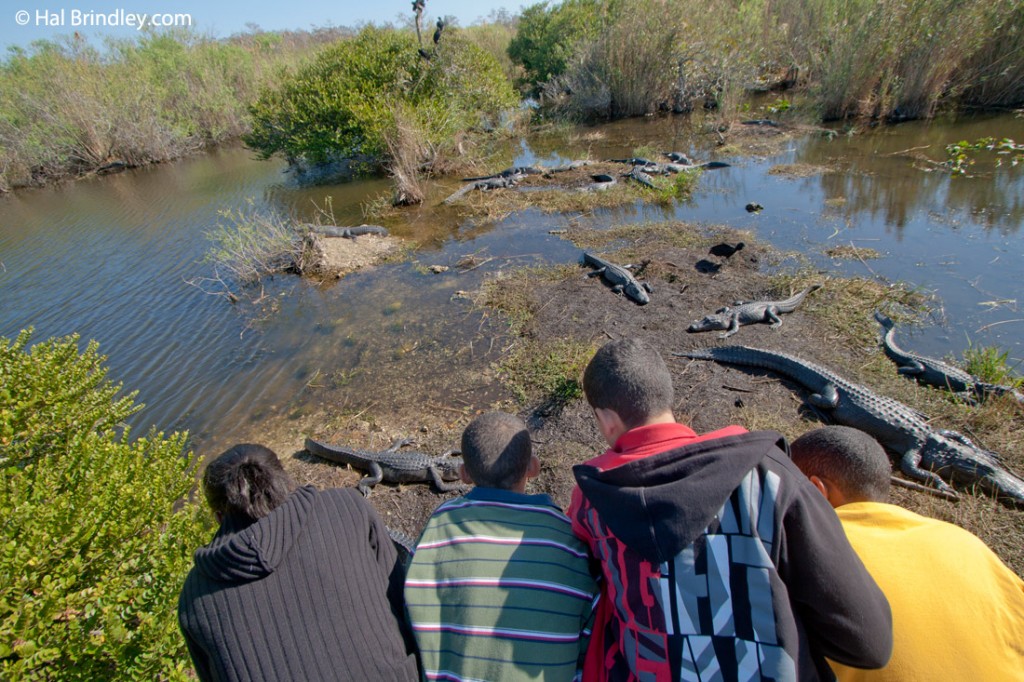 This is a great place to take kids to see wild alligators up close! 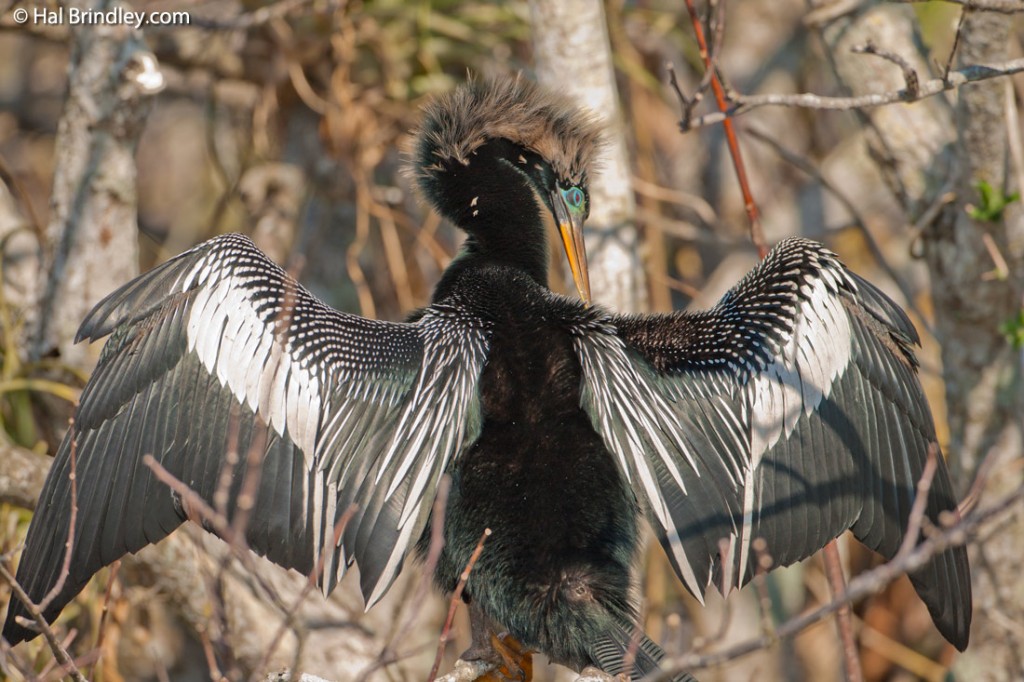 The bird for which the trail was named: The Anhinga 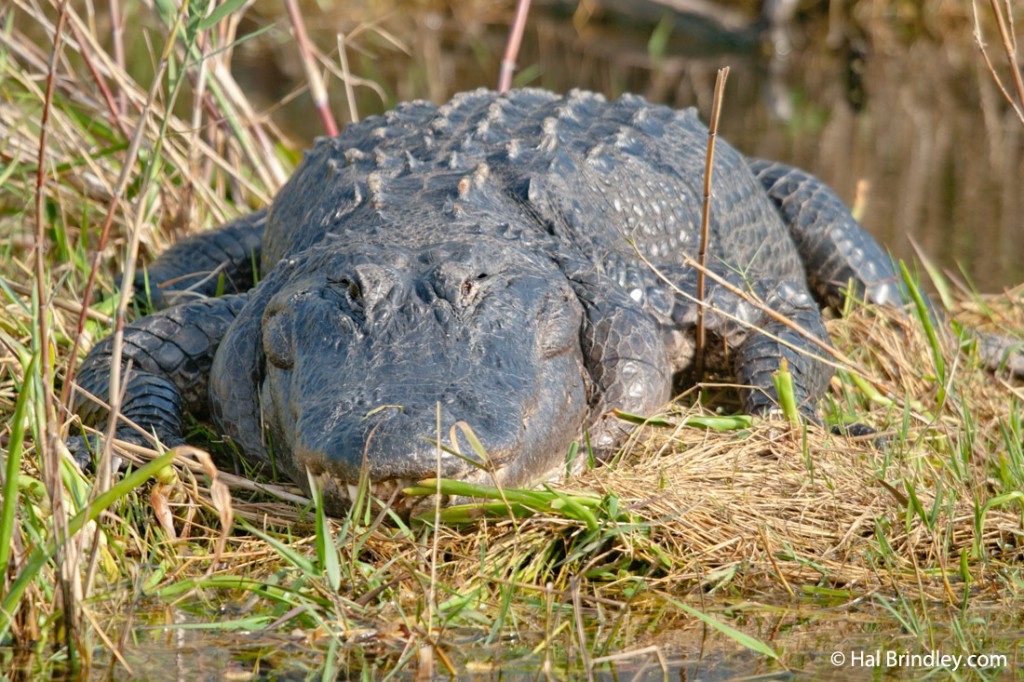 See huge alligators on the Anhinga Trail in the Everglades National Park. 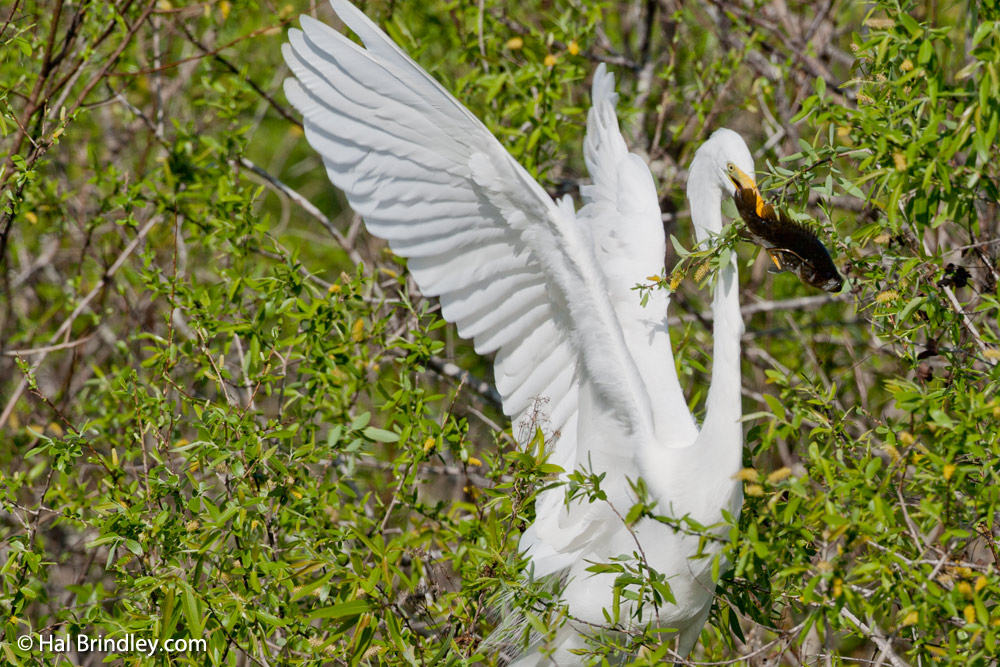 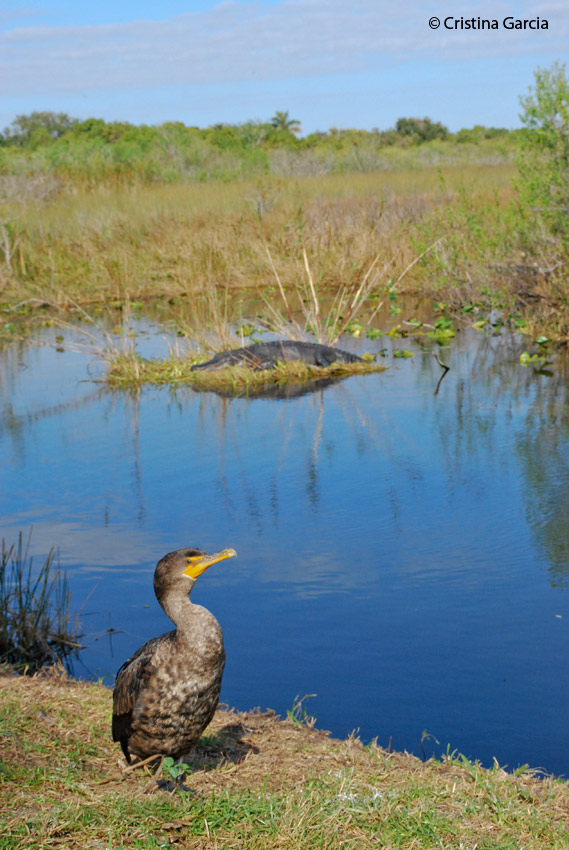 Cormorants and alligators are found all along the trail 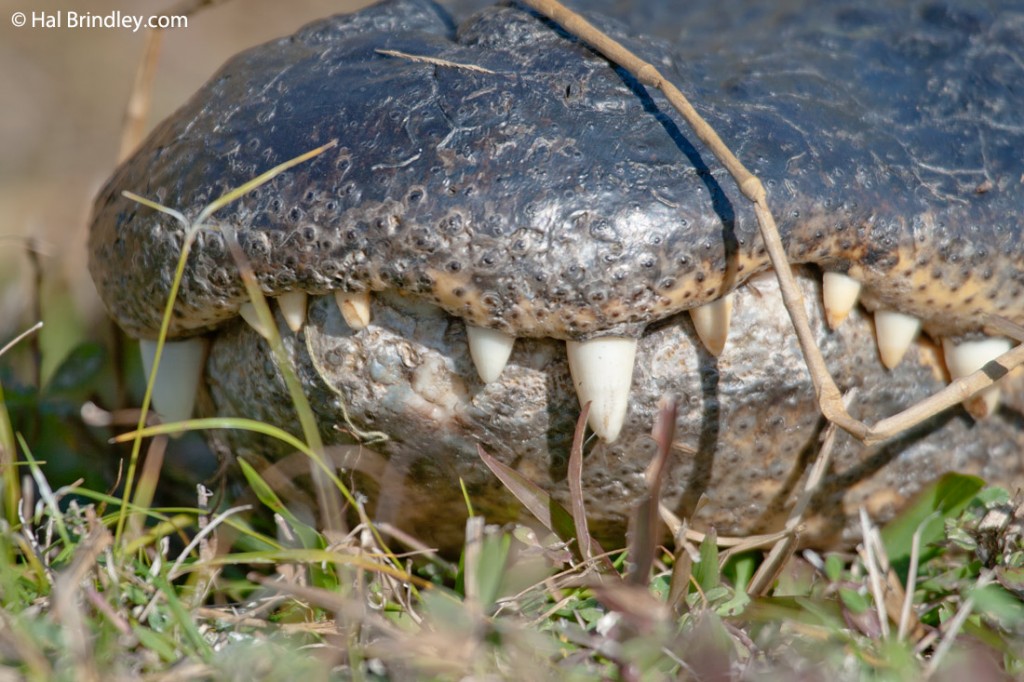 Get closeup views of alligators without any danger of being bitten by those nasty teeth. 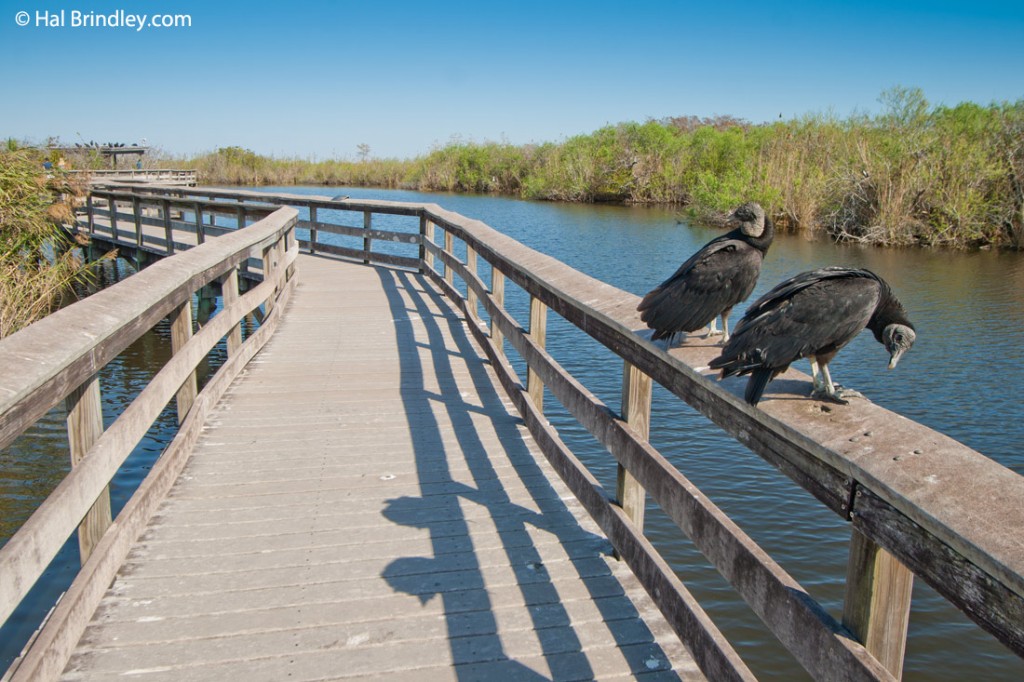 Black vultures perched along the boardwalk section of the Anhinga Trail. 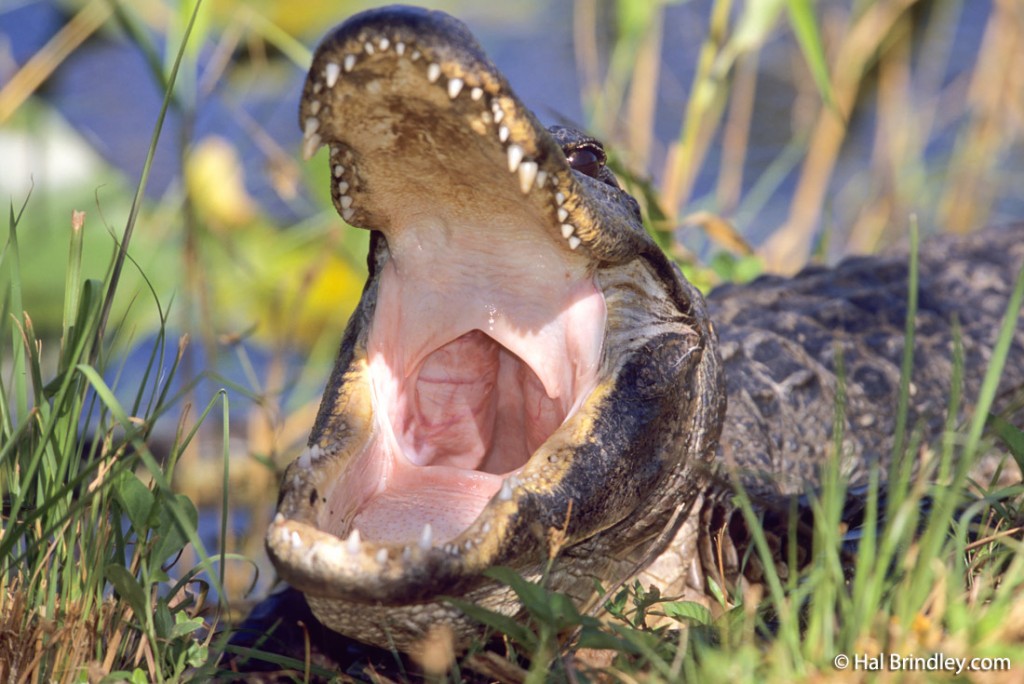 If you’re lucky you may get a good view down an alligator’s spacious throat! 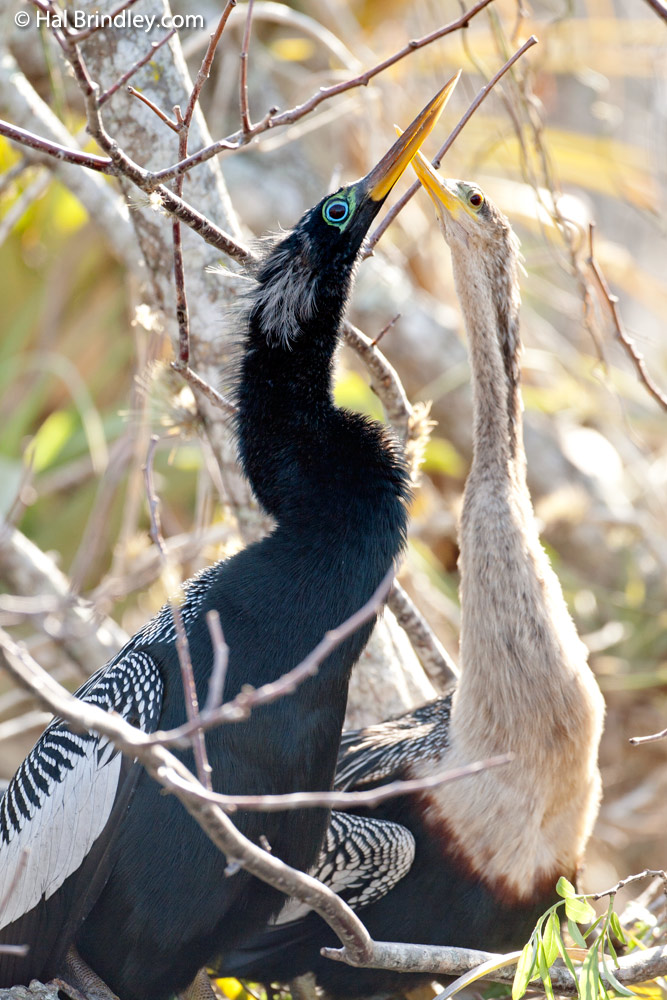 A courtship display between a male and female Anhinga. 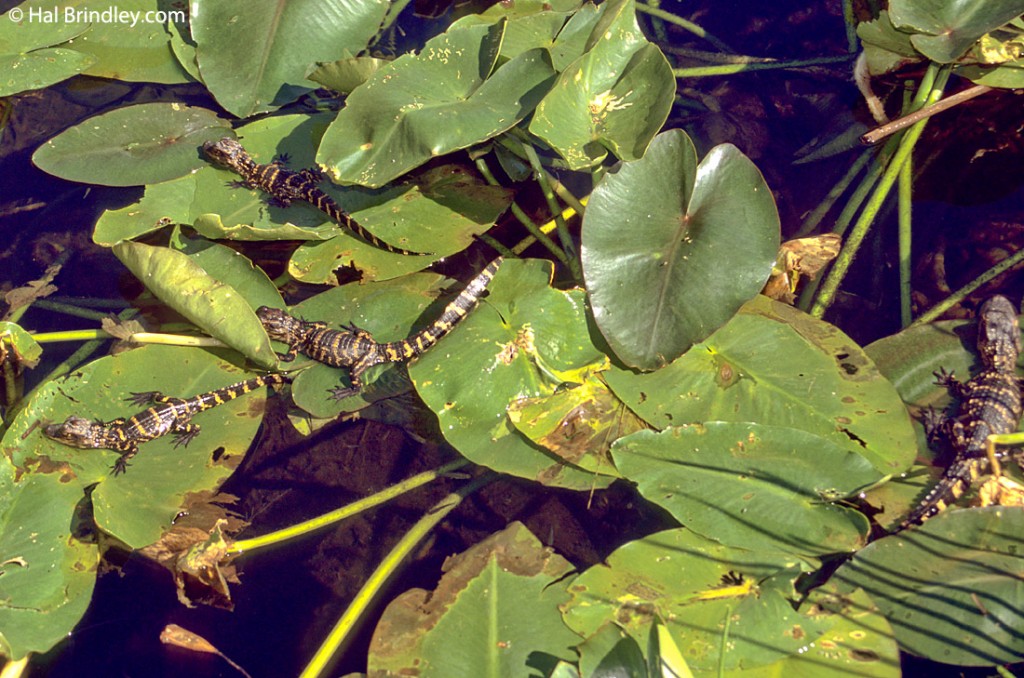 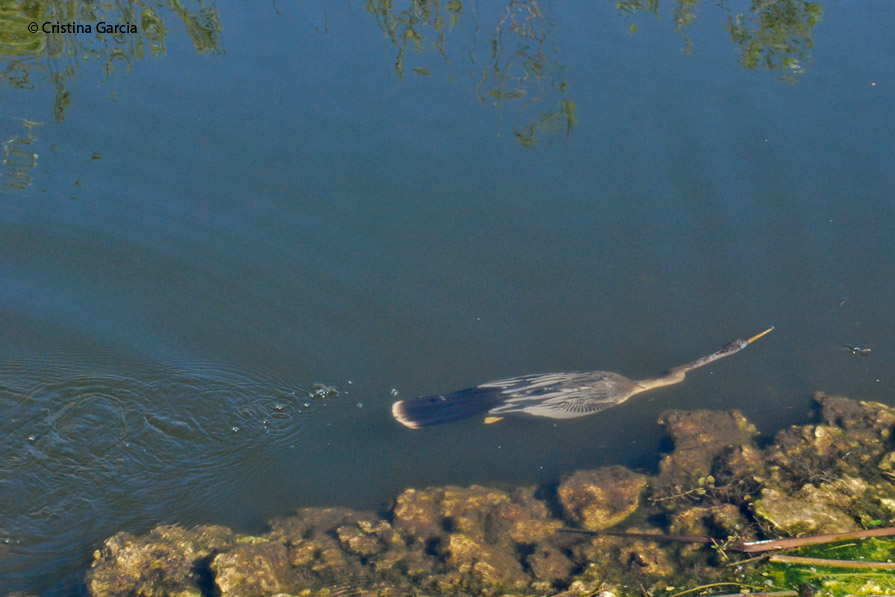 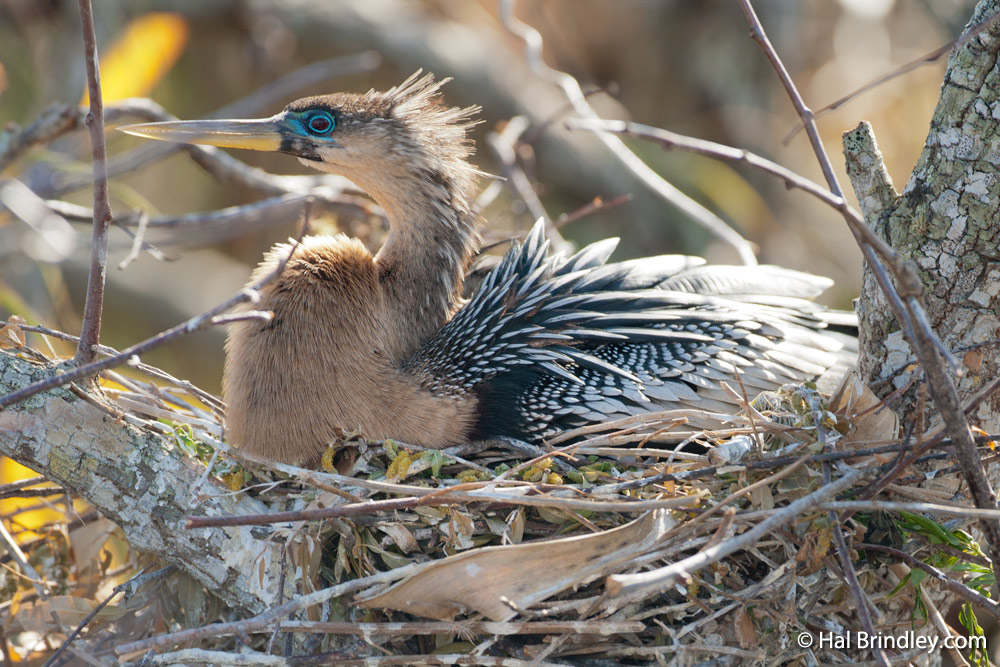 Watch anhingas nesting right next to the boardwalk

Though there are many great locations in the Everglades to see and photograph birds and alligators, we always come back to the Anhinga Trail for its ease of access and superb sightings. You’ll be amazed at how many hours you can spend on such a short trail because there’s just so much to see.