How to Identify a Gray Whale

Like the bridge of a submarine rising from the depths, the tail of a Gray Whale breaks the surface as it prepares to dive.

Gray Whales are migration champions, covering about 10,000 miles each year round trip! They spend their winters in warm shallow lagoons off the coast of Baja California in Mexico where they give birth to their calves. Then, from mid February to May, the entire population (plus newborn calves) travels up the west coast of the United States, all the way to their feeding grounds off the coast of Alaska. 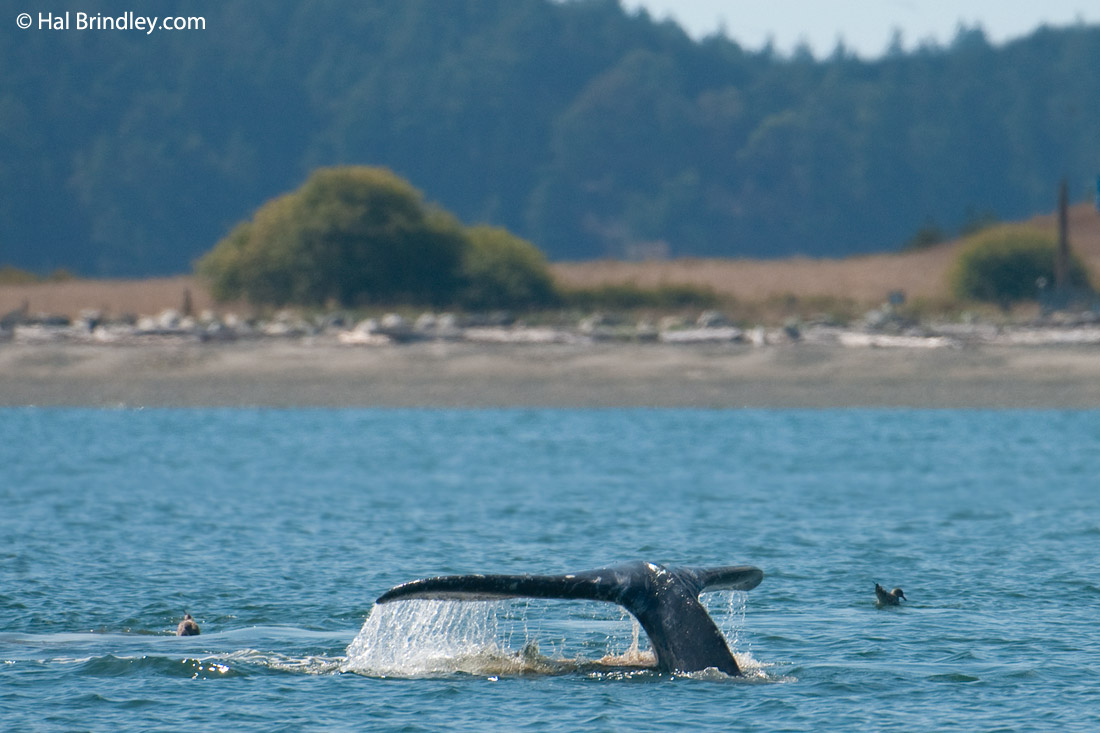 A Gray Whale feeding off the coast of Vancouver Island, Canada

Occasionally, a whale may choose to spend its summer quite a bit farther south like this fellow I spotted while whale watching in Tofino in British Columbia.

I could tell it was feeding by the slick of brown mud that trailed behind it and the seabirds collecting on the surface. Lost most great whales, the Gray uses baleen plates to filter food from the water but, unlike the rest, the Gray Whale is a bottom feeder!

It dives to the bottom in shallow coastal areas and swims along on its side sucking up mud from the bottom. It then filters out the benthic amphipods (small bottom-dwelling crustaceans) and spits out the sediment. Gulls wait at the surface to see what goodies are left over.

How to Recognize a Gray Whale: 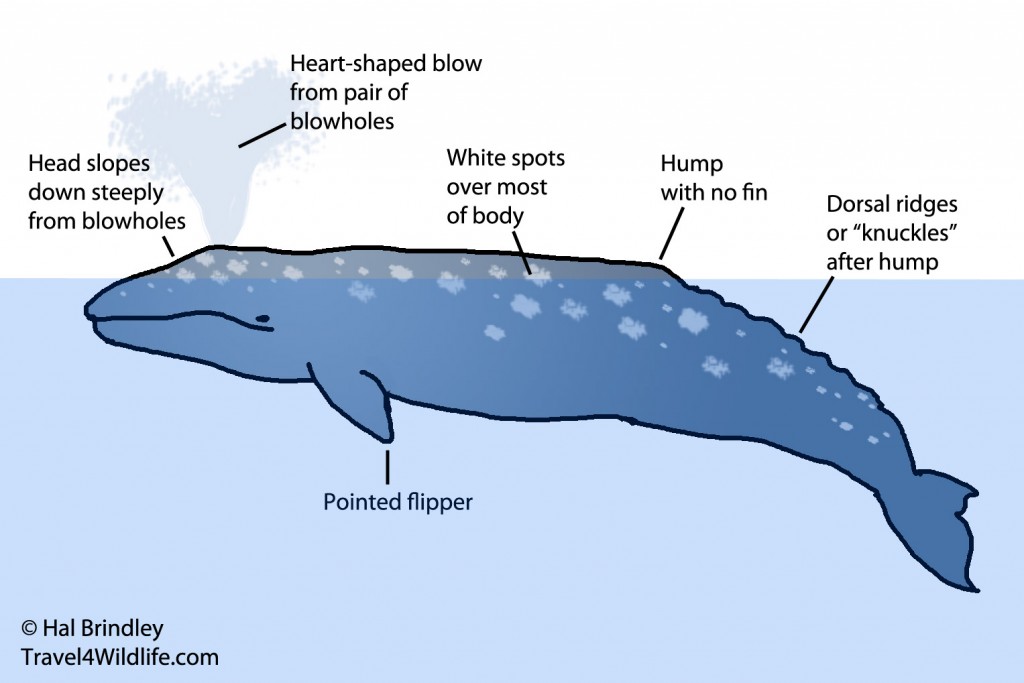 Illustration of identifying characteristics of a Gray Whale

Here are some other tips for identifying a Gray Whale

• The lack of a dorsal fin. Instead they have a hump followed by 8-14 small bumps called “knuckles”
• Mottled light patches all over their darker gray skin, and barnacles & whale lice concentrated around the head and tale
• The blow has a characteristic heart-shaped pattern when seen from the front or back
• The trailing edge of the tail is S-shaped and has a deep notch in the center
• There is a prominent bump in the forehead (at the pair of blowholes) which slopes steeply downward to the front 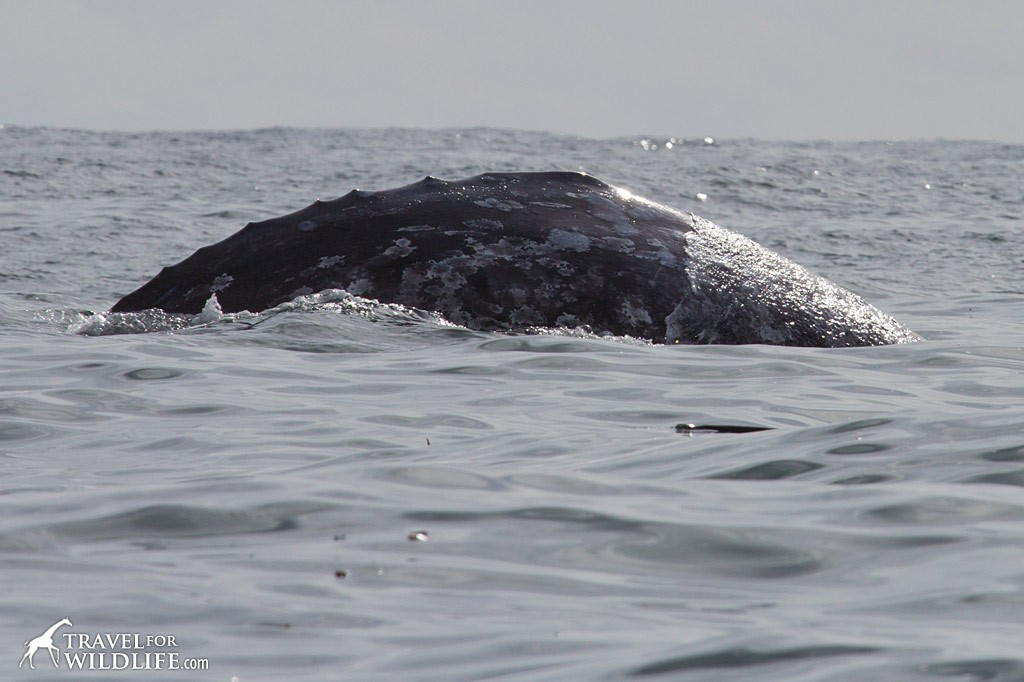 Gray Whales lack a dorsal fin. Instead they have a dorsal bump followed by a series of ridges or “knuckles”. 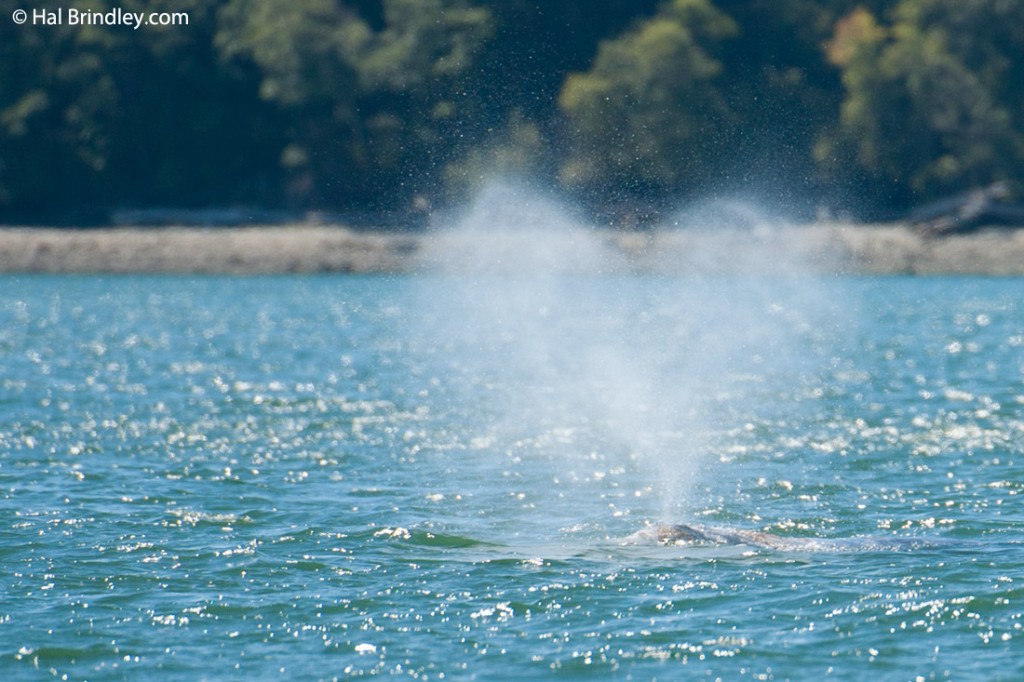 Gray Whales have two blowholes and show a characteristic heart-shaped blow pattern when seen from the front or back. 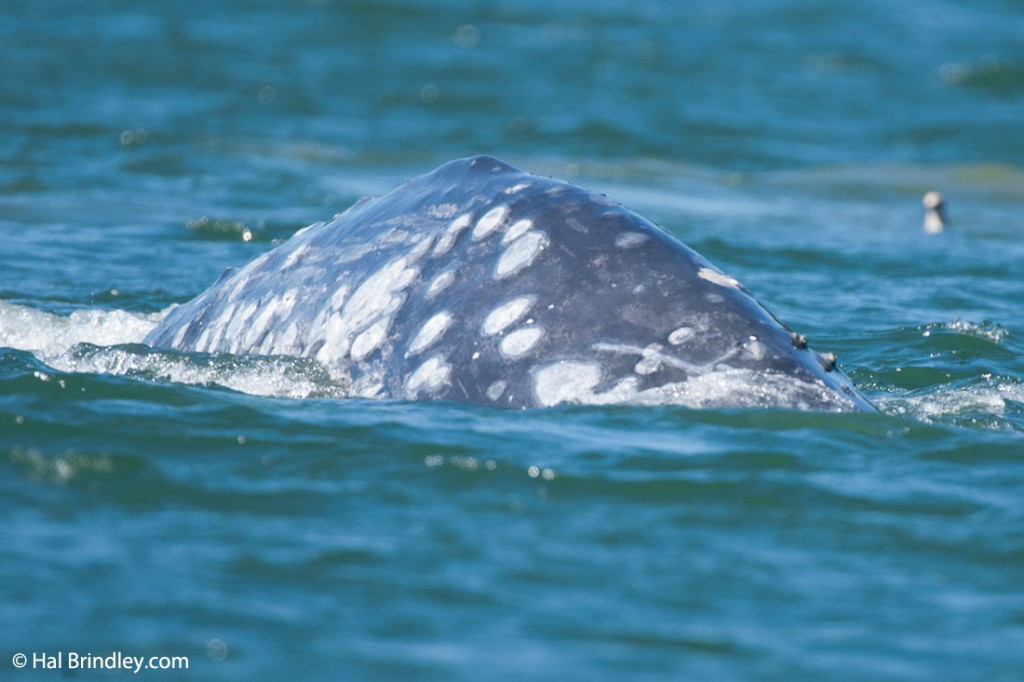 Gray Whales have large white spots all over their dark gray bodies, as well as barnacles and whale lice 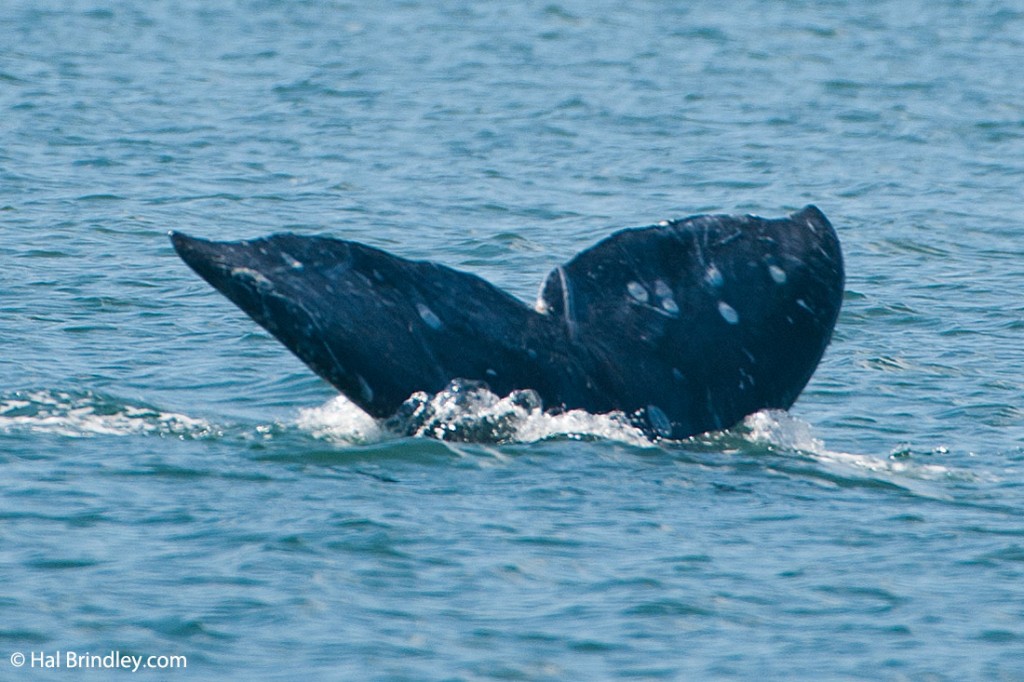 The tail of a Gray Whale shows a deep notch in the center.

The best news is that the Gray Whale population is steadily increasing thanks to continued protection since the 1930’s. It was removed from the U.S. Endangered Species list in 1994. It is now estimated there are more than 20,000 individuals in the Eastern North Pacific population (the ones which migrate between Mexico and Alaska). In contrast, the Western North Pacific population (which migrates along the East coast of Asia) is in much worse shape with an estimate of fewer than 100 individuals remaining.  Marine mammal protection has proven that whales can rebound with our help. Visit Vancouver Island in British Columbia and witness the incredible spectacle of these beautiful creatures during their grand migration. Go whale watching in Vancouver when visiting Canada’s west coast!

If you enjoyed our Whale Watching in Vancouver article, you may also like: