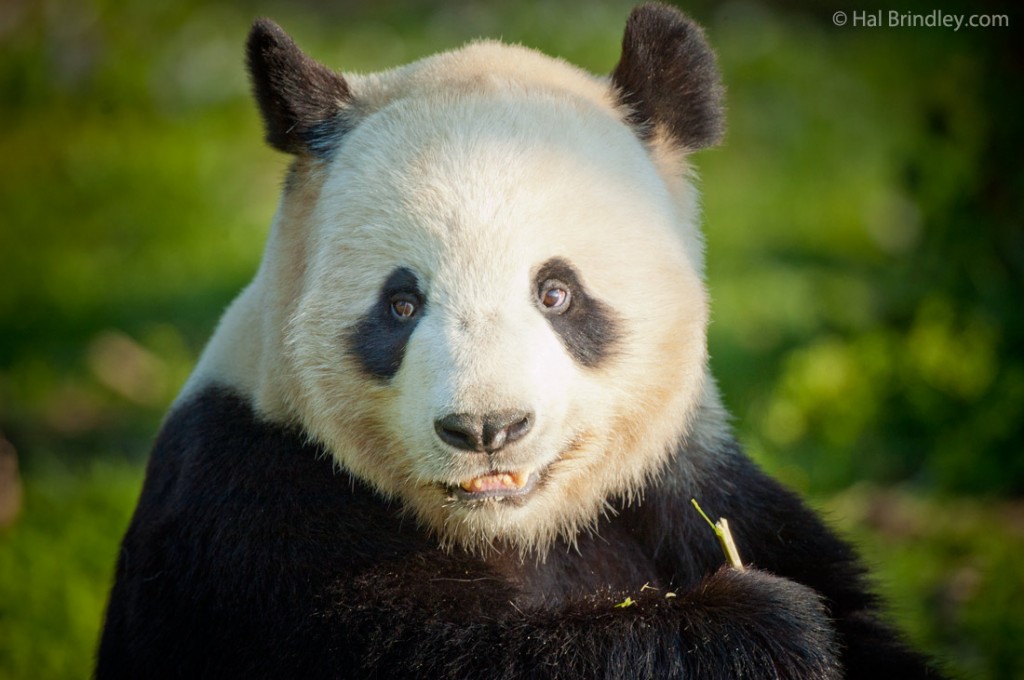 The giant panda is a worldwide symbol of conservation

The Giant Panda (Ailuropoda melanoluca) is one of eight bear species in the world. Recognizable by its black eye markings, the giant panda is the symbol of World Wildlife Fund  and represents endangered species conservation around the world. Here are four Giant Panda facts: 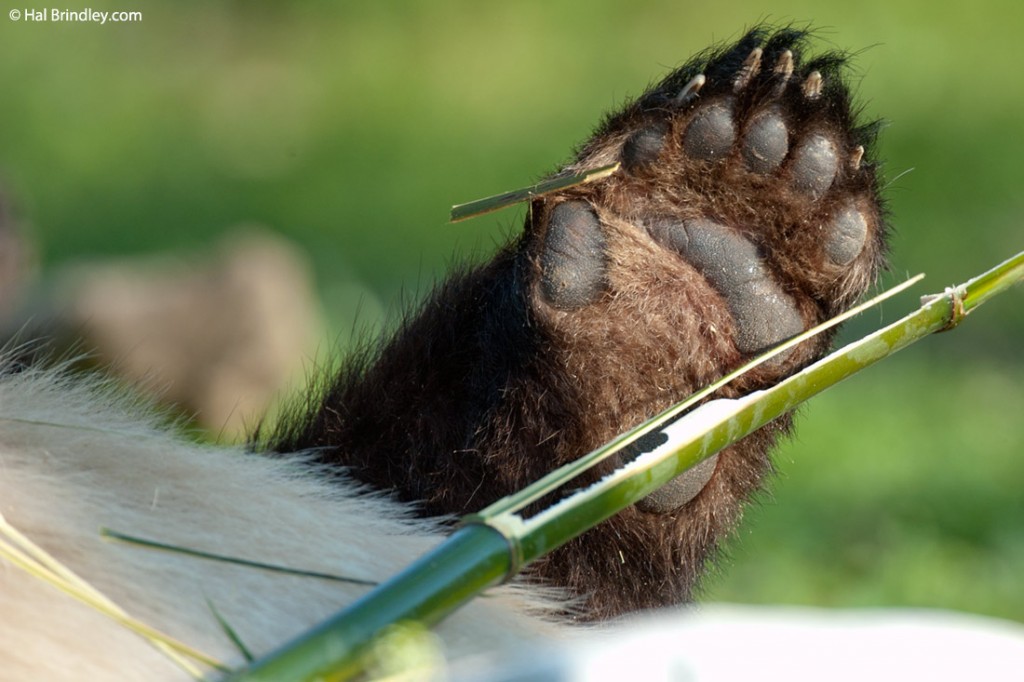 Giant pandas use their pseudo-thumb to grasp bamboo

At first glance, a Giant Panda’s front feet appear to have an astonishing six toes: five toes pointing forward and one thumb. However, on closer examination, it was determined that the “pseudo-thumb” is actually a modified wrist bone.

It allows a panda to securely grasp a bamboo stalk while feeding.

Stomach of a Carnivore

Even though giant pandas are mainly herbivorous, their digestive system, like that of other bears, is that of a meat eater. 95% of their diet consists of bamboo, while the rest is made up of roots, leaves, and grasses. 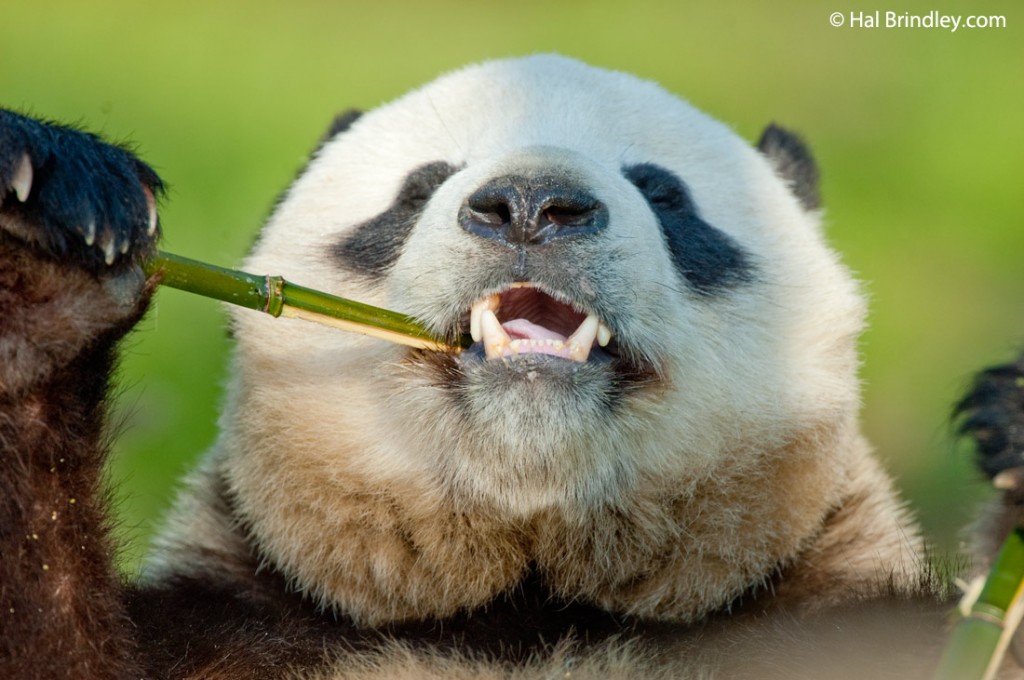 95% of the Giant Panda’s diet is bamboo.

Having a stomach designed for a carnivore is a great disadvantage for the giant panda. It means that they can digest a very low percentage of the plant matter they eat. Therefore, they need to consume up to 40 pounds of bamboo every day to meet their daily energy requirements. Pandas may feed for up to 14 hours a day in the wild and consume up to 40% of their body weight each day! That would be like a 150 pound human eating 60 pounds of food in one day (approximately 120 Big Macs)

Giant Pandas do not Hibernate 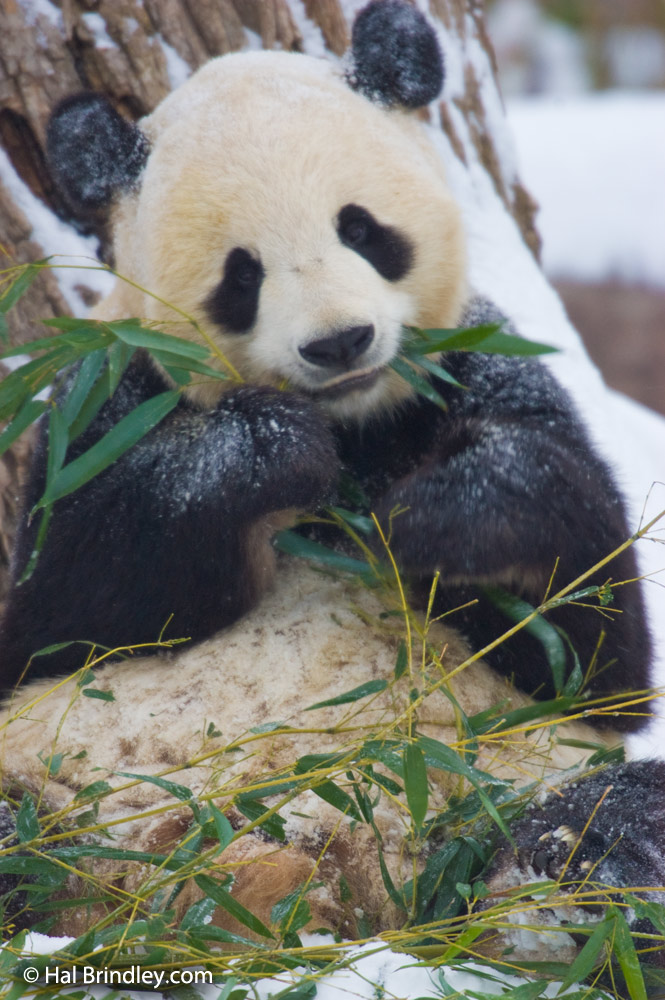 Giant pandas do not hibernate during winter

The giant panda, unlike other bears, does not hibernate. Instead, when severe weather approaches, they descend to lower altitudes of their mountainous habitat. This means they have food available all year round.

Giving Birth to a Stick of Butter?

Baby giant pandas are quite helpless when born. They are tiny and pink and blind,  not opening their eyes until at least six weeks of age. In fact, they are only 0.001% of the mother’s weight when born. That would be like a human mother giving birth to a half stick of butter! Sounds like a much more sensible system doesn’t it? 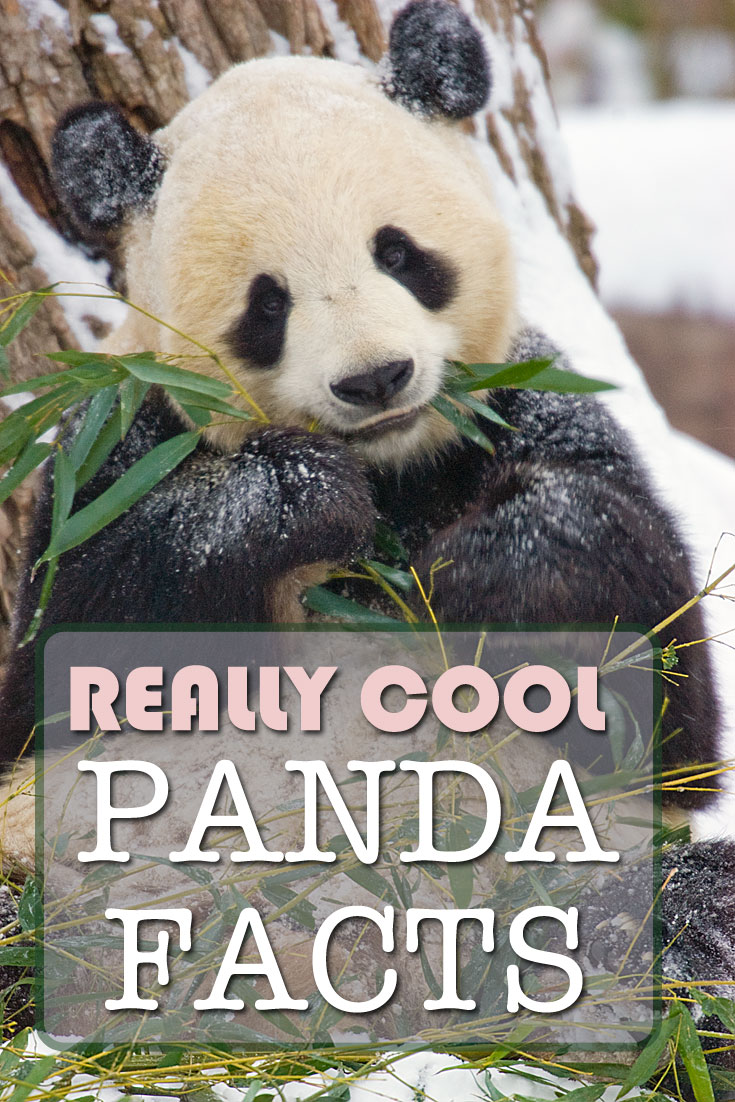 If you enjoyed our four giant panda facts article you may also like: