What the Wild Things Were (a Visit to Gray Fossil Site)

We are standing on a walkway, overlooking a small hill. Tent canopies cover a few muddy-looking pits.  A wildflower meadow rolls toward us where monarch butterflies and bees hover busily. Otherwise, the scene is still and silent.

This place hasn’t always been so quiet. Not long ago, relatively speaking, this used to be a thriving waterhole that was crowded with strange and wonderful creatures. Animals like rhinos, tapirs, and saber-toothed cats, huge elephants and camels, dire wolves, and red pandas all stopped here for a drink. 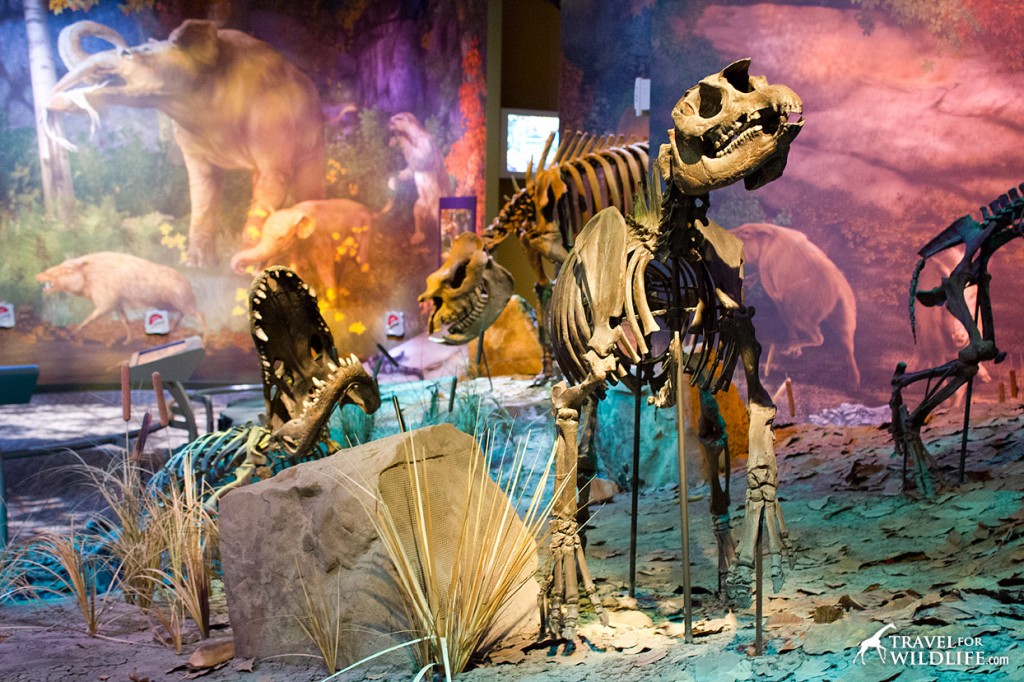 Alligators, rhinos, and tapirs (right) lived around this waterhole

What a crazy list of animals, right? Where in the world could we find all these creatures in one location? As it turns out, they all lived right here in our own neighborhood, only one hour north from where we live in North Carolina!

Those tents up the hill are shelters for a group of paleontologists, students, and volunteers who spend the year digging for bones.

It is nuts to think that a few million years ago, a saber-toothed cat was standing right where I am standing now. He was probably watching a family of tapirs drink while an alligator lurked in the dark water.

Hal digs this place. Literally. He used to be one of the diggers here as a volunteer for the Gray Fossil site in Tennessee. When he was a kid, Hal’s dream was to be a paleontologist. So when we moved to North Carolina and discovered this fossil site just over an hour away, he decided to volunteer and realize some of his childhood dreams. Sadly, the drive turned out to be a bit too far to accept the position he was offered as a full-time digger. But we still like to visit now and then. Which is what we’re doing today.

Back to Gray. About 7 to 4.5 million years ago, Earth was in the late Miocene period. Many of the animals that lived here are now extinct, while others still exist but are no longer found in this part of the world.

The Gray site, in northeastern Tennessee, sits on what used to be a very popular waterhole. Fish, frogs and turtles lived here permanently and other animals like tapir, saber-tooth cats, and camels visited to quench their thirst, to browse, or to hunt. 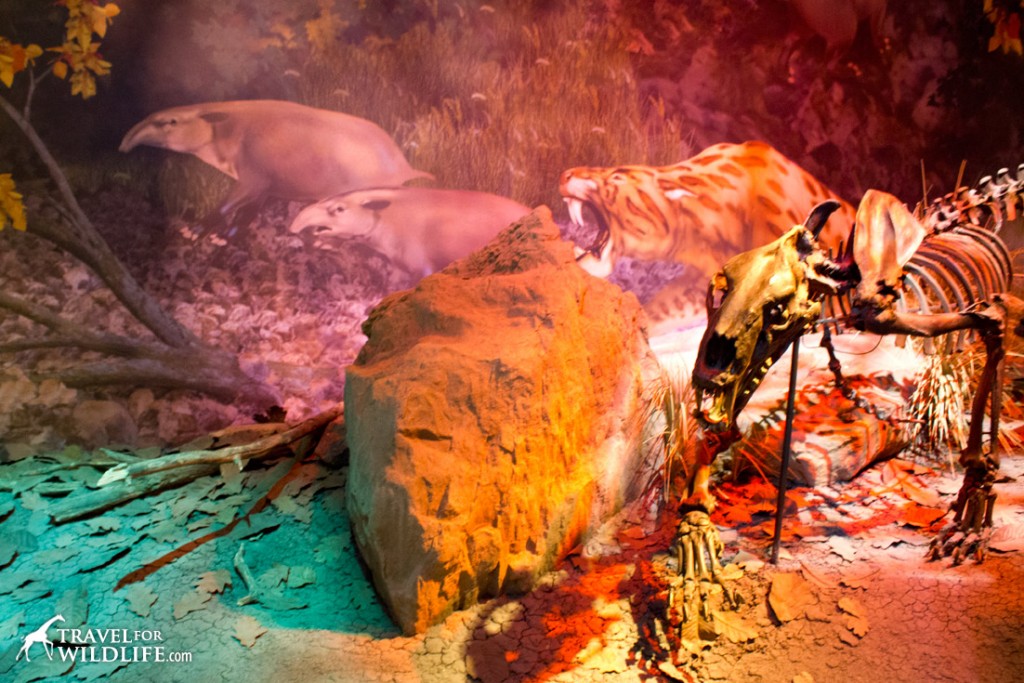 What the Wild Things Were Around Gray’s Waterhole

Here is a list of some of the creatures that lived around Gray Fossil site:

Plionarctos was a giant short-faced bear, and had long limbs and a short snout. It lived from 7 to 2.4 million years ago.

Tapirus polkensis is the extinct tapir that lived around Gray. They were a little bit smaller than the woolly mountain tapir found today in South America.

Teleoceras was a prehistoric rhino who lived in this area between 18 and 4.5 million years ago. It preferred areas near streams and lakes. This rhino had short legs and a barrel-like body and resembled a modern hippo. Like modern rhinos, they walked on their toes, each one of them ending in a wide, large hoof. 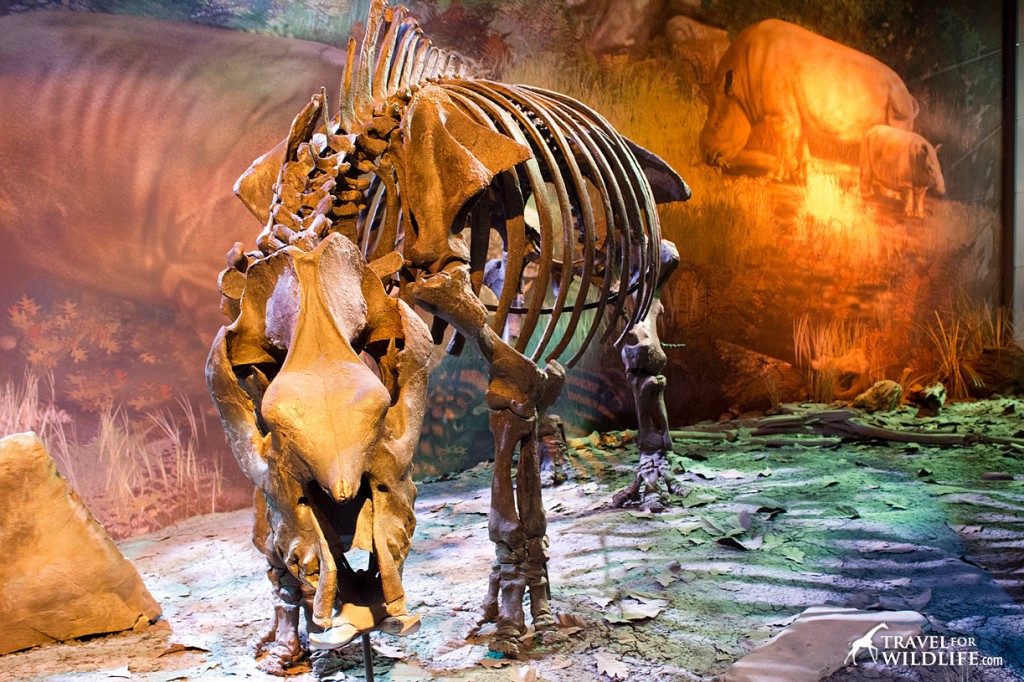 Teleoceras was an ancient rhino with a hippo like body shape

Megatylopus was a prehistoric camel, a sociable grazer living around 12.5 to 2.4 million years ago.

Machairodus was the saber-toothed cat of the ancient Appalachians. Unlike other saber-toothed cats, it had long limbs, but still retained the stocky build characteristic of these cats. The combination of these two features made him a great hunter. It out-ran and out-muscled its prey, finishing it with a bite to the neck or belly with its serrated sabers.

If you want to learn more about the evolution of cats, I recommend you get The Big Cats and Their Fossil Relatives


Alligator. The alligator is a living species although now it can be found further south, from South Carolina to Florida.

How Did The Gray Waterhole Form?

Little by little, water started seeping through the ground and into cracks, dissolving the limestone bedrock. A cave was in the making. With time, the cave grew so big that its ceiling collapsed, forming a sinkhole. The sinkhole filled with sediments and water, forming the waterhole. Animals fell in, drowned, sank to the bottom, and were buried by more sediments and became fossilized.

With time, the sediments started piling up and filling the waterhole until it was completely dry and animals stopped visiting. But by that time, lots and lots of animals were fossilizing in the bottom of the pond, waiting to be discovered!

2 Million Years Ago, at Gray 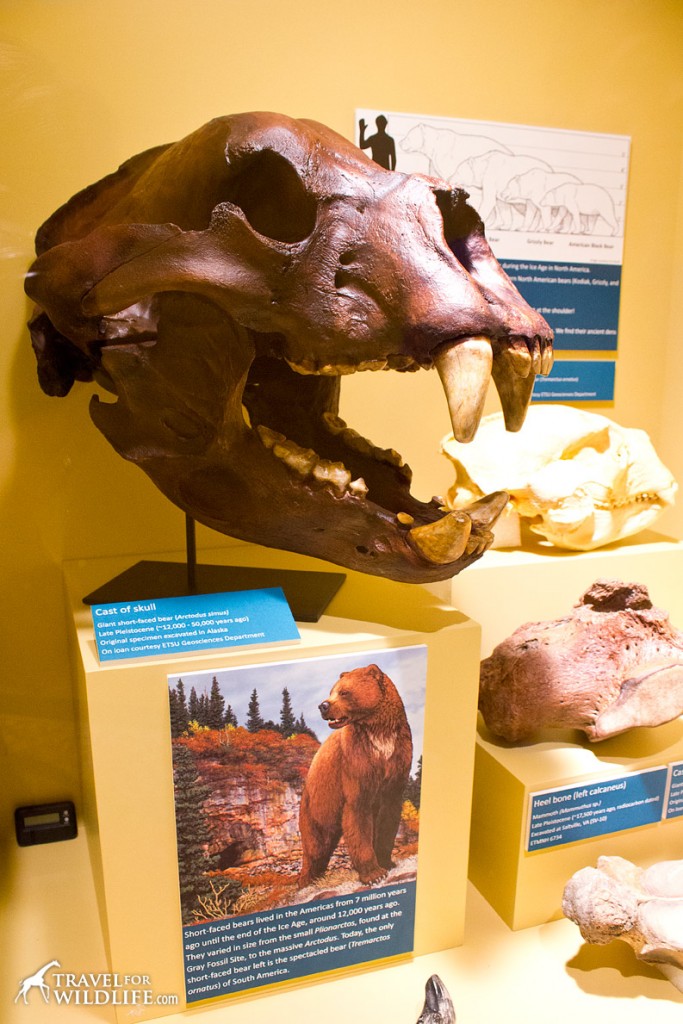 2 million years ago, a great sheet of ice pushed south and a new list of incredible animals arrived on the scene like mammoths, musk oxen, and dire wolves.  And…wait, you know who else turned up after that? The giant short-faced bear! And it was huge! On his hind legs he could stand as tall at 12 feet; this guy was massive. Even though it was the biggest bear of all time, it was built for speed, and with its elongated legs and front-facing feet it could run long distances.

Fast forward to the year 2000. The Tennessee Department of Transportation crews were working on a road-widening project near the town of Gray and discovered an unusually dark clay-rich deposit. The workers noticed an abundance of fossil bones in the dirt that was being moved. Experts were brought in to examine the site and validate its importance.

It was thanks to this incredible find that funds were raised and the East Tennessee State University & General Shale Natural History Museum Visitor and Gray Fossil Site was built. It is now one of the greatest museums I’ve been to. Here are more facts about Gray fossil site: 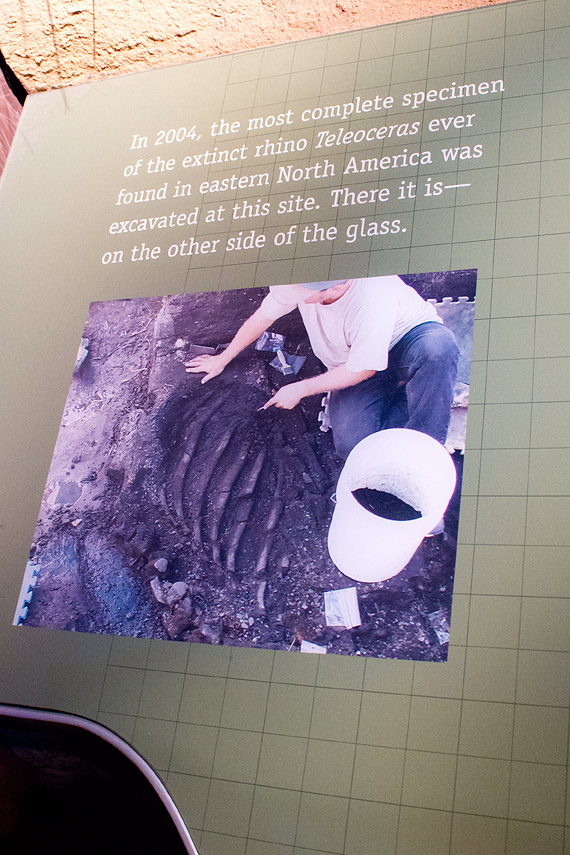 Discovery of a rhino fossil (Teleoceras) 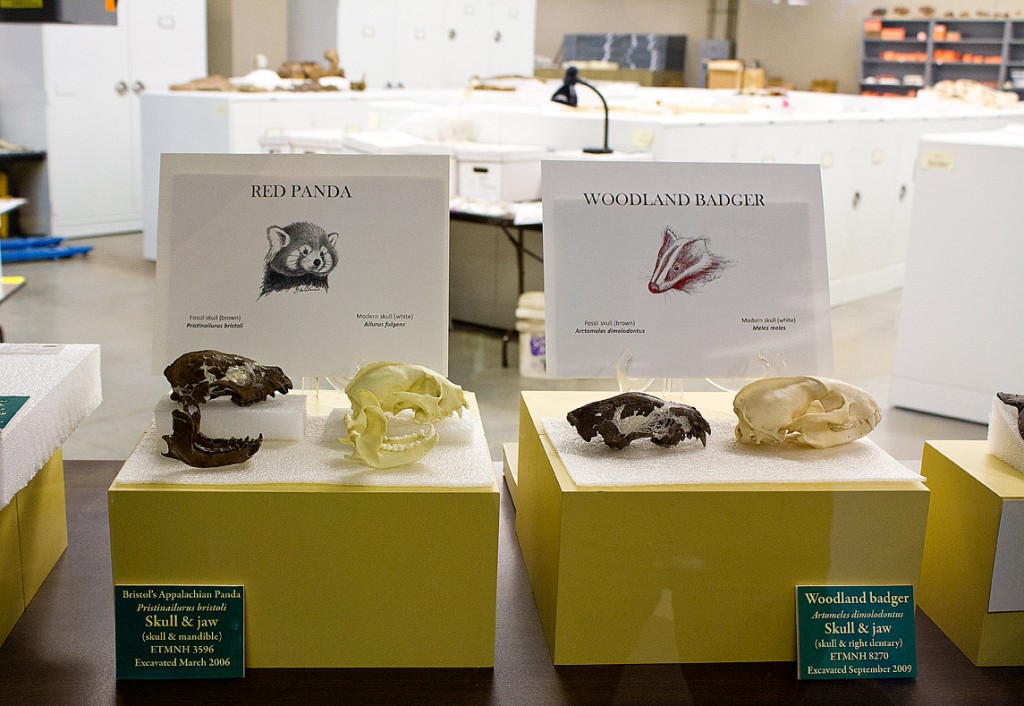 Just like the Calakmul Museum in the Yucatan, the Gray Fossil site only showcases the fauna that lived in the immediate area. I believe this gives people a more personal connection to the amazing animals that once lived here, as well as making them more committed to the conservation of  species living now in their own neighborhoods. What I love most about it is that it opens people’s imaginations. It’s one thing to read about extinct animals, but it’s another thing entirely to realize that an extinct rhino was once grazing in this very field. And this is what is so cool. We know for certain what animals lived right here in our backyards. Other natural history museums are equally great, but I feel like there’s always a barrier, a space between us and the fossils, as if they lived in another world. When you visit Gray Fossil site, you’ll feel the connection. After all, their dig site is right here, in the museum’s backyard. When you visit, you’ll see volunteers swarming around, digging, making new discoveries every day. You can peek into the lab where workers assemble fossils before your very eyes. You can volunteer for a day. Who knows, maybe you’ll be next to discover a new species? So far only about 2% of the site has been excavated so there are many more fossil treasures waiting to be found. They never imagined they’d find a red panda fossil, so who knows what else is hiding in the Gray Fossil Site?

This is what I find extremely exciting. It’s like a treasure hunt.

“It’s truly amazing to be in the middle of original discovery…the thought that ‘it’s not what we find, but what we might find that keeps us going.’ Moreover, with our well-rounded group of researchers and fully functional facility, the dissemination of this new information is remarkable.” – Dr Steven (Wally) Wallace, curator/site manager

Now, when I sit by the small pond in our own backyard, in my imagination a rhino appears out of nowhere while a red panda watches quietly from the oak tree above my head.

What animals used to live where you live? Tell us about it!