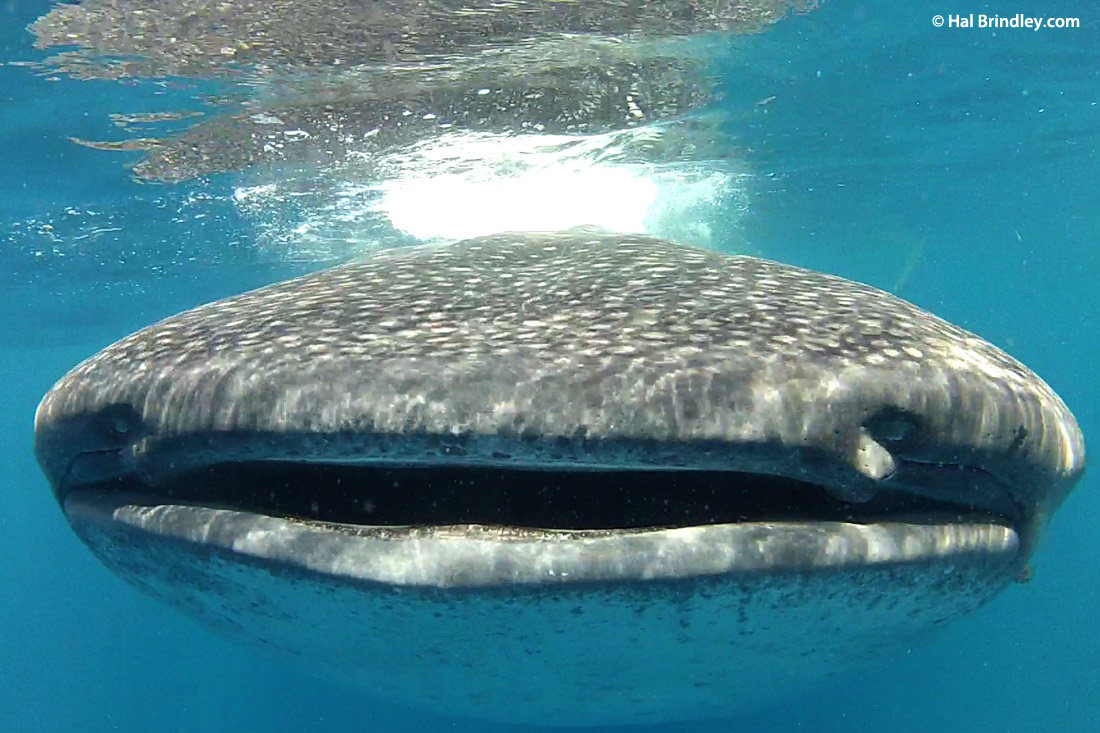 Whale sharks (Rhincodon typus) are the biggest sharks in the world and the largest of all fish. Though they occur in nearly all tropical and warm-temperate seas, there are only a handful of places where they can be predictably seen in the wild. This gentle giant of the sea can measure more than 40 feet long and weigh over 45,000 pounds.  Add to that a huge gaping mouth and a delicate pattern of polka dots across the back, and you have one of the most stunning animals to see in the wild. Unlike most sharks, they are not predators. Instead, they feed more like the great whales, by filtering tiny plankton and fish eggs from the sea. Read on to find more amazing whale shark facts.

Check out this whale shark mouth. How many teeth do you see? 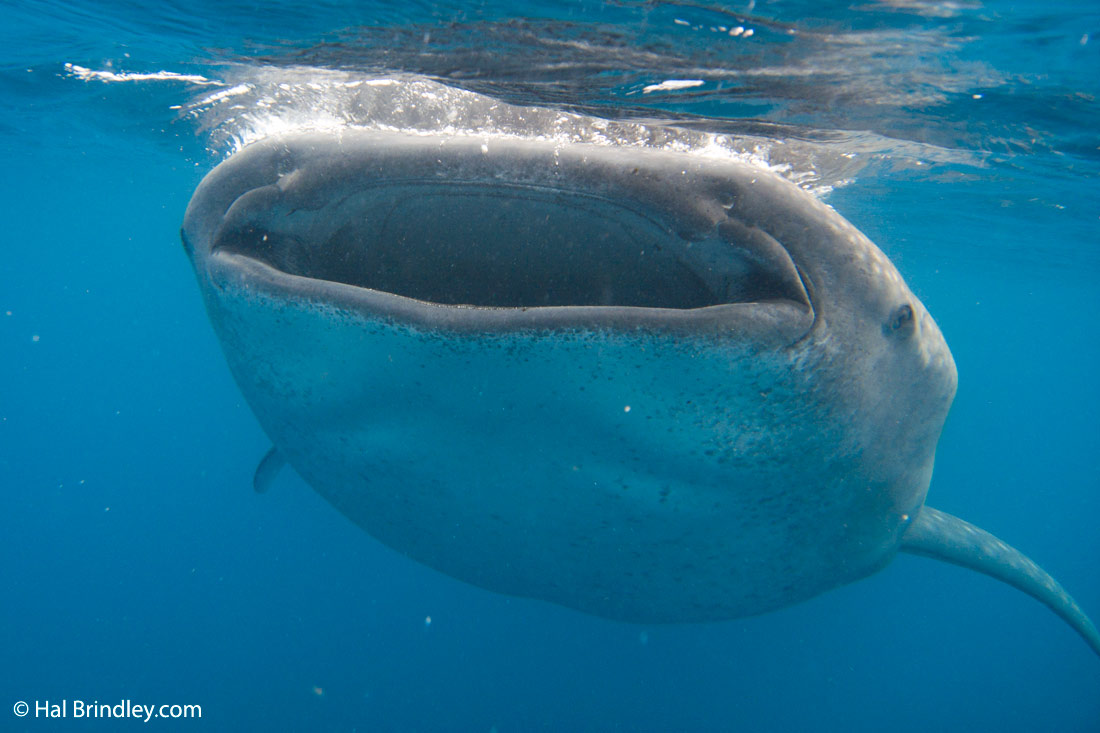 Whale shark facts: How many teeth does a whale shark have?

Whale sharks have more than 300 rows of teeth just inside of their mouth but each tooth is only about 2mm long (the size of a pencil lead). This means there are about 3,000 teeth in a whale shark’s mouth but you can hardly see them! Why do they need teeth if they are filter feeders? Hmmm…scientists are still not sure. It remains a mystery.

Whale sharks are ovoviviparous. In other words, a mother whale shark produces eggs that are retained within her (and the babies are nourished by a yolk) but the eggs will hatch inside her and she will give birth to live young.  The young, however are not all born at the same time. One female was found with 300 eggs and young inside her, all at different stages of development. It is believed that the female shark retains the sperm from one mating to produce a continuous delivery of young over time.

Whale sharks are characterized by their flat head, big mouth, and polka dot pattern on their backs. Each whale shark has a unique pattern, which is being used by scientists to identify individuals. Photographs of the spots behind the gills are analyzed by pattern recognition software to identify them. 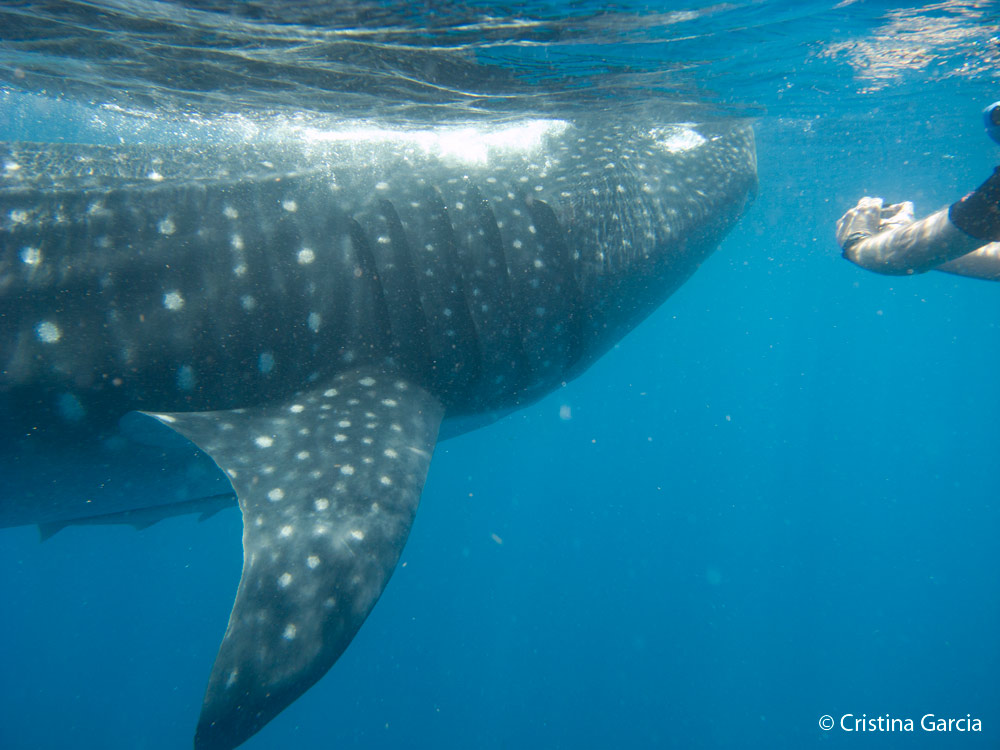 The pattern behind the gills is like a human fingerprint.

Learn more about the whale shark photo-ID library and how to participate with the study of this threatened species at www.whaleshark.org

Whale Sharks in every direction. At least seven are visible in this photo.

You can watch the video we made when we went swimming with whale sharks in Holbox Island last summer: 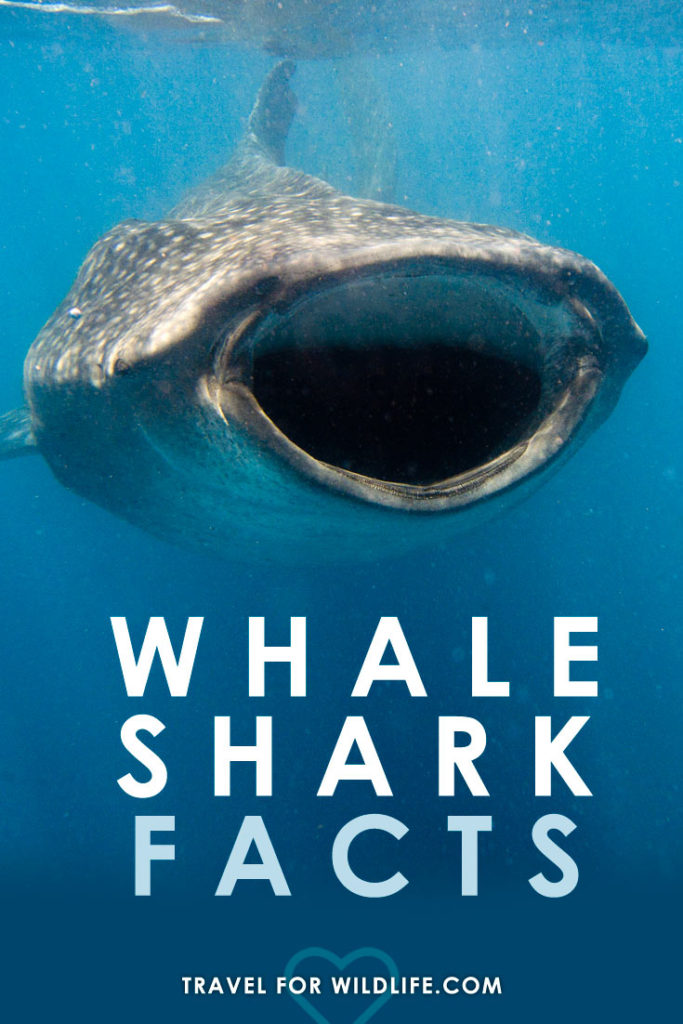