The Musk Ox (Obivus moschatus) is found in cold, remote areas of the Arctic. There are some musk ox facts that are pretty obscure. For example,  they are not really an ox!

From Alaska to northern Canada, and even Siberia, Sweden and Norway, these huge shaggy mammals are found in small pockets throughout their range. In the US, their home in the Arctic National Wildlife Refuge is being threatened due to a proposal to allow drilling for oil in this Alaska wildlife refuge. This proposal was passed by the senate on December, 2017. This will affect a large number of wildlife like the walrus who live in this pristine environment. 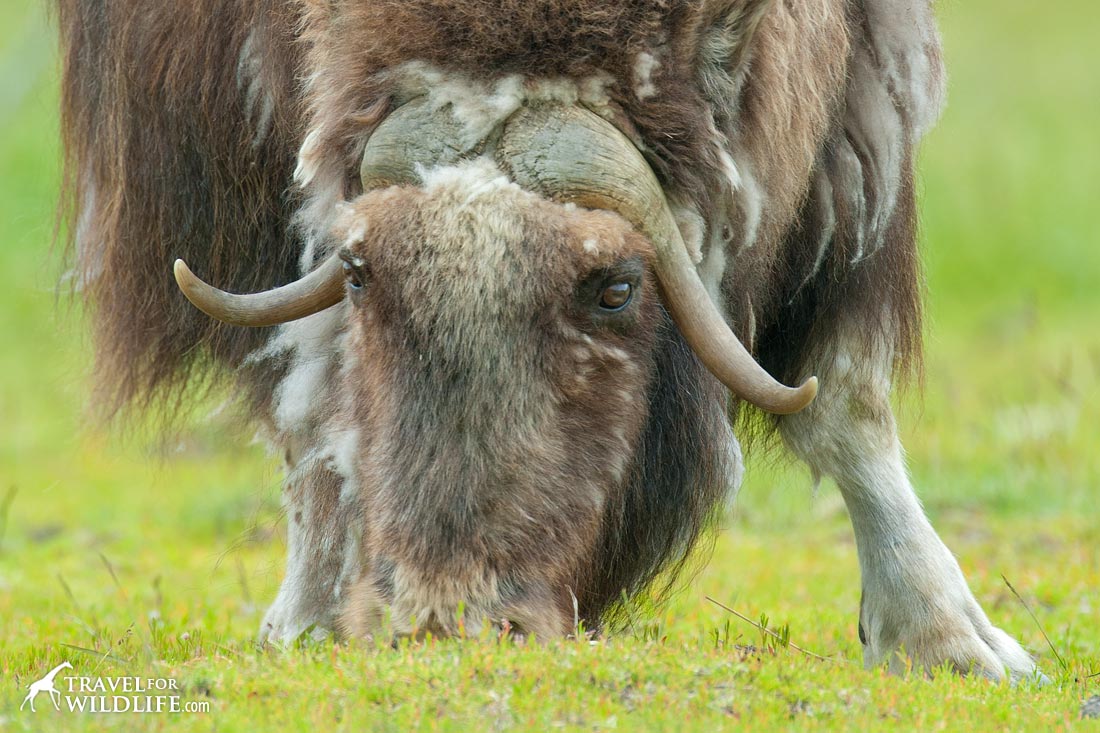 Despite their name, the Musk Ox is not really an Ox. I bet you didn’t know this musk ox fact? (ok, you might have read it right on the first paragraph)

They got their name due to their physical resemblance to oxen but the musk ox is actually related to sheep and goats. The musk ox are placed in the subfamily Caprinae of the Bovids and are closely related to chamois and mountain goats.

Musk Ox facts number 1: not an ox at all, but related to goats!

Imagine a mountain goat with a long, dark wig. See the resemblance? 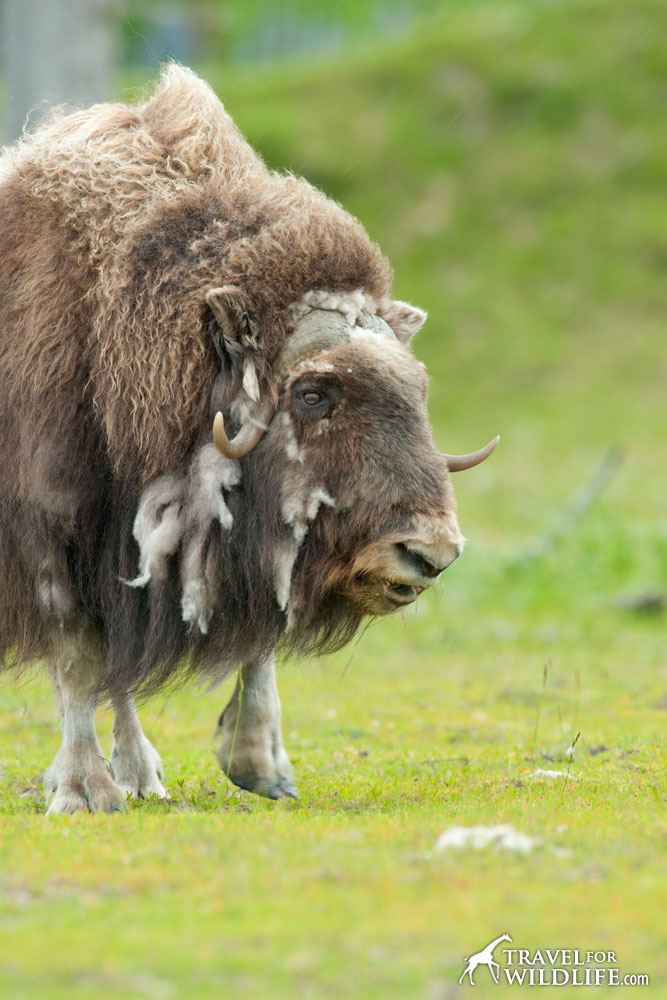 Musk Ox are well adapted to living in harsh Arctic climates and they’ve done so for many thousands of years. One of their adaptations is a long shaggy coat that reaches nearly to their feet and conceals their tail. The outer hairs, called guard hairs, cover a shorter undercoat that provides additional insulation in winter. When spring arrives and the temperatures climb, this undercoat falls out. The downy soft undercoat is known as Qiviut (pronounced “kiv-ee-ute”) and is eight times warmer than wool and extraordinarily lightweight.

You can buy Alaskan Qiviut Handcrafts (like scarves and hats) from Oomingmak, a co-operative owned by 250 native Alaskan women. Each woman uses their traditional native patterns from their village in the making of these fine garments.

One thing that often comes to mind when talking about the Musk Ox is their defense tactic against predators like wolves. The herd cooperates and forms a circle facing outward. In the middle of the circle the youngest members of the herd are protected. The adults face off with the predators and use their sharp powerful horns as weapons. 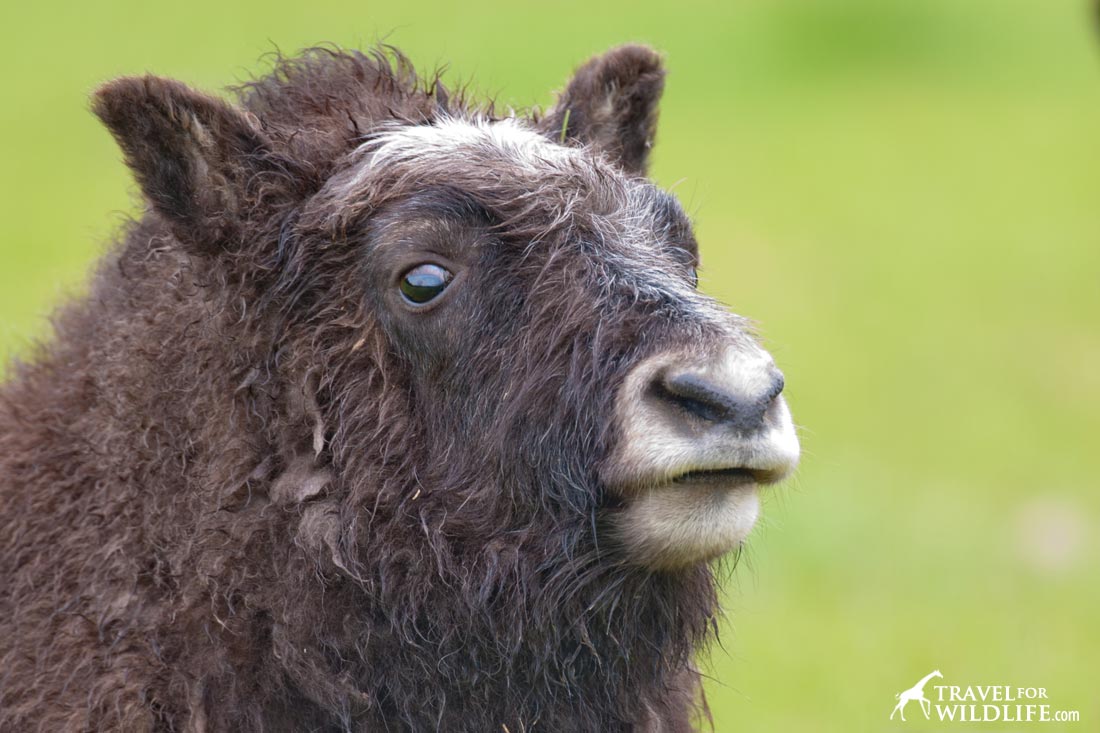 This baby Musk Ox hasn’t even started growing horns yet so he would hide in the center of the circle!

Yes, horns for everyone please. 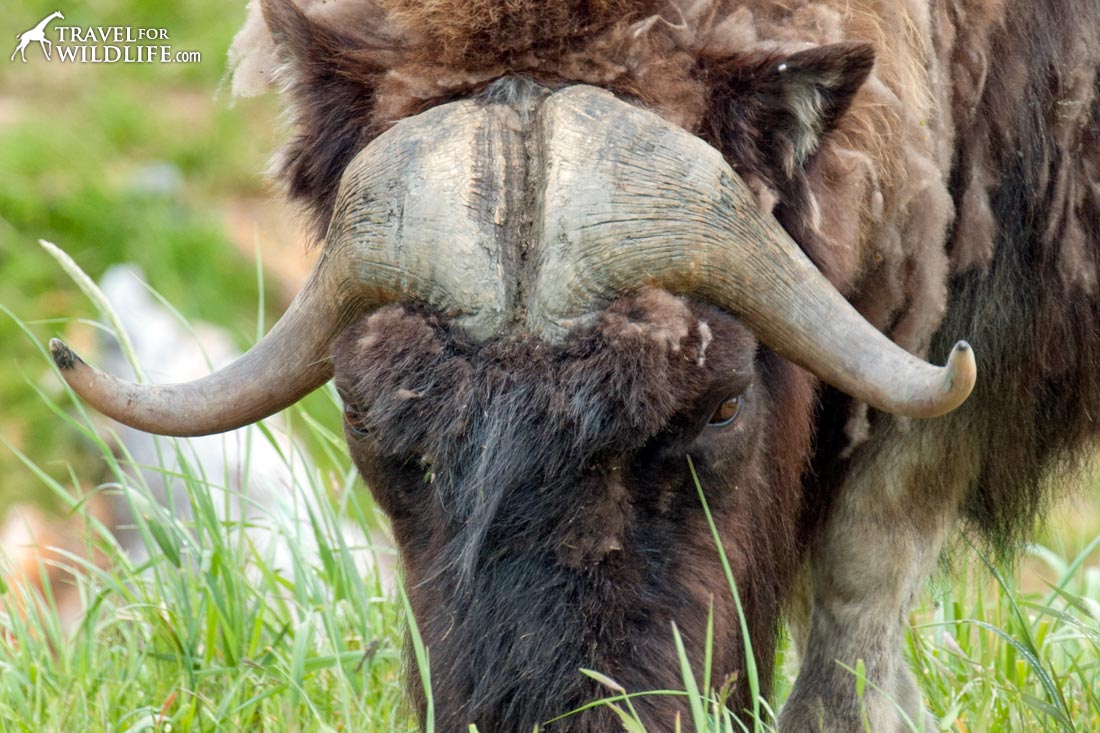 Horns are present in both males and females and they can be as long as 60 cm (24 inches) in mature males. The male’s horns have a broad base that form a helmet over the center of the skull, dip downward at the sides of the head, and then curve upward at the ends. The overall effect is kind of like a dutchboy bob haircut. Females and young musk ox have similar horns but they are smaller and thinner. 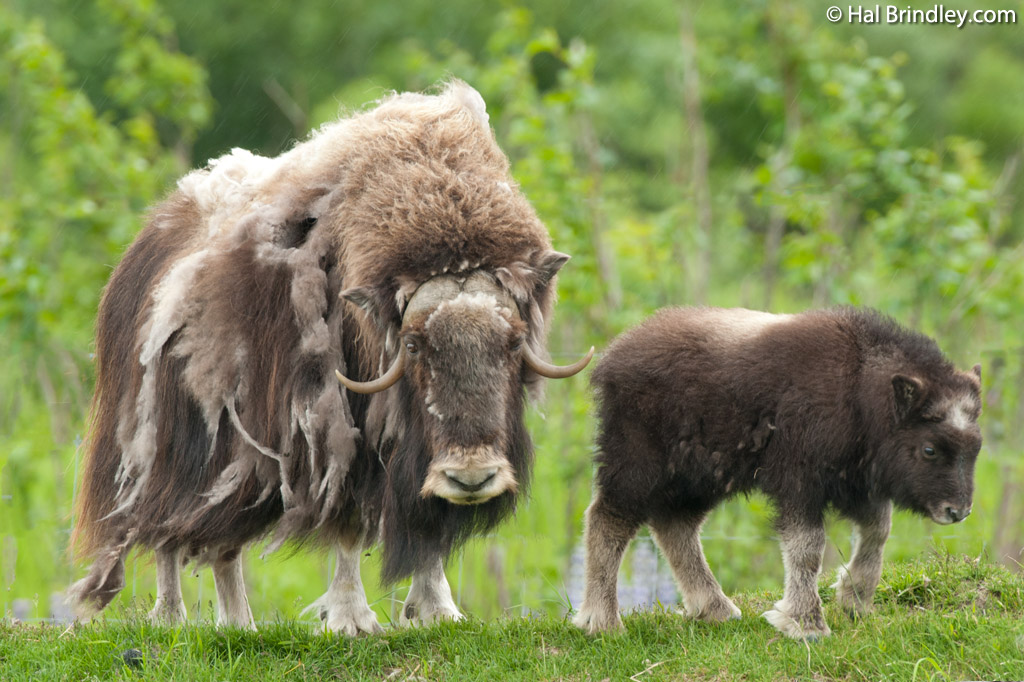 Female Musk Ox, like this mother, have thinner horns than males.

Where to see Musk Ox in the Wild

Now that you know how cool Musk Ox are, you want to go see some? Here are a couple of places to see Musk Ox in the wild. 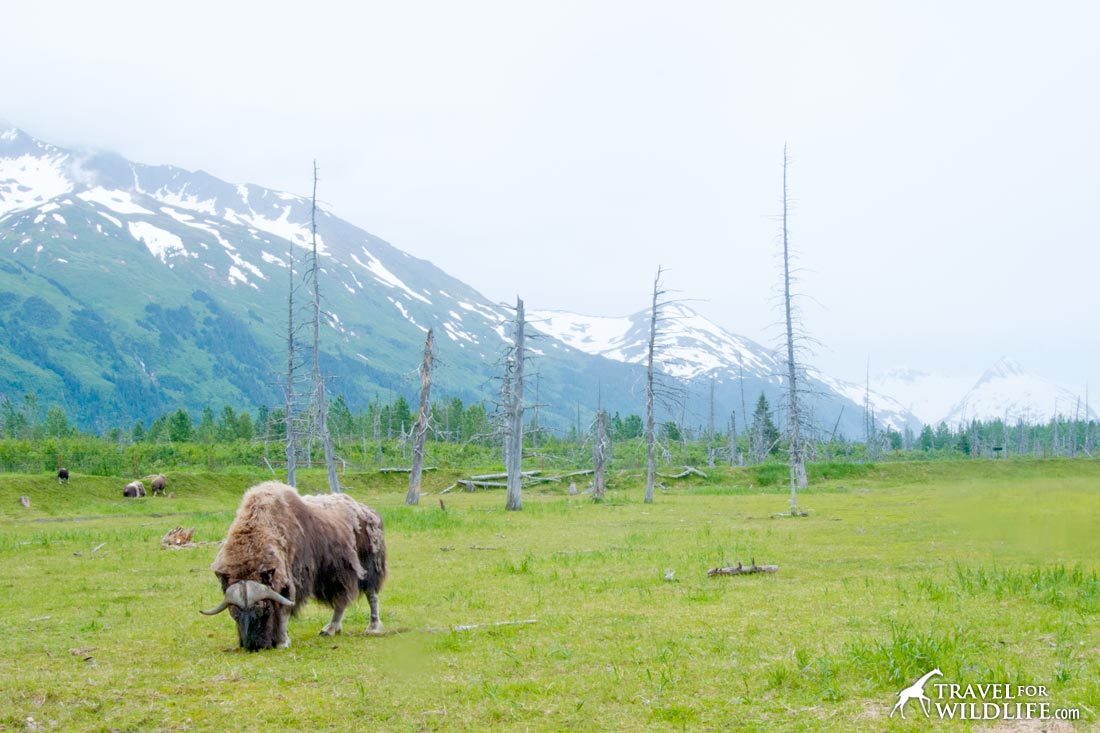 • Northern Canada. You can try a tour to northern Quebec.

• Nunivak Island in Alaska and Banks Island in Canada both have strong reintroduced populations.

• Introduced populations exist in both Sweden and Norway

• And a strong introduced population lives on Wrangel Island in Siberia, Russia

Thankfully there are plenty of other small pockets of Musk Ox popping up due to reintroduction sites throughout the arctic.

Have you ever seen a Musk Ox in the wild? What other fun musk ox facts do you know? Let us know where in the comments below!