Our first wedding anniversary was approaching and we wanted to celebrate with a fun wildlife-watching adventure. Since we loved our swimming with wild dolphins experience in Mozambique, we thought it would be great to do it again, but this time closer to home. We researched possible destinations in the eastern US to take a dolphin tour and came across Panama City, in Florida. A ten hour drive is definitely closer than flying to the other side of the world. 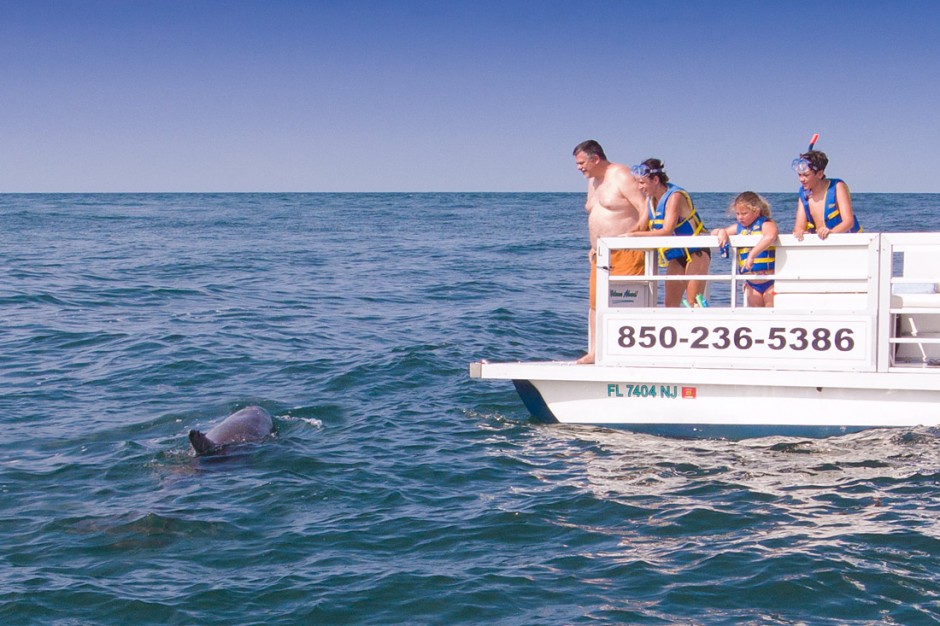 We decided to go with Blue Dolphin Tours as in their website they state “We are bound by the laws of The Marine Mammal Protection Act of 1972 and subsequent amendments, in addition to the laws of the State of Florida. We are not allowed to feed or harass dolphins.” That definitely sounded like the kind of tour I wanted to go with.

The plan was to go out and find a pod of dolphins to swim with and then go to the grass flats to snorkel. 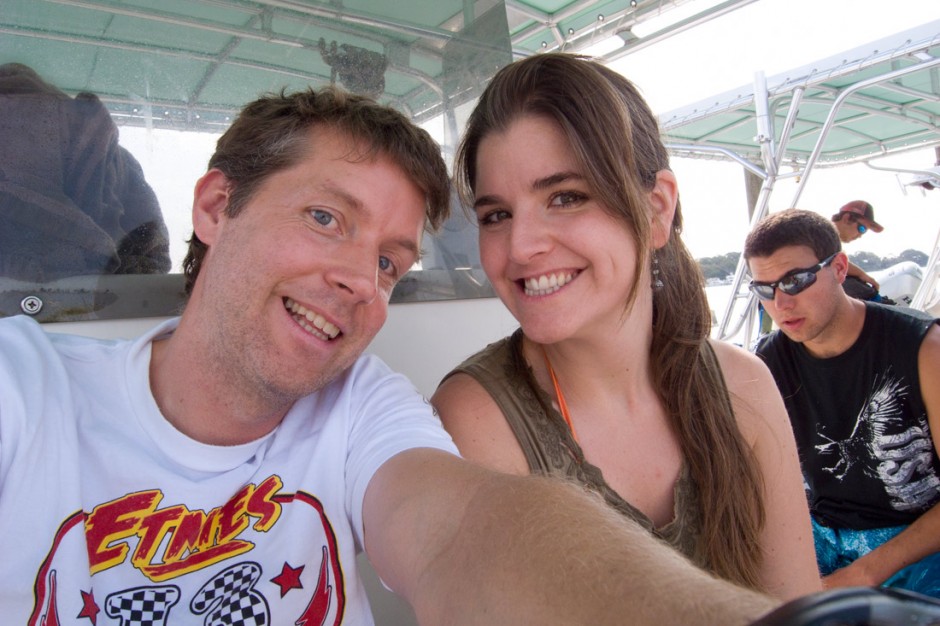 Getting ready for the tour

Things I Liked About the Dolphin Tour

Blue Dolphin Tours has a small capacity boat. A maximum number of six people allows you to enjoy the tour without the feeling of being overcrowded.

I loved snorkeling in the grass flats, where I saw several new species I had never seen before, including the amazing sea robin that skitters across the sand with it’s pectoral spines that resemble tiny legs. 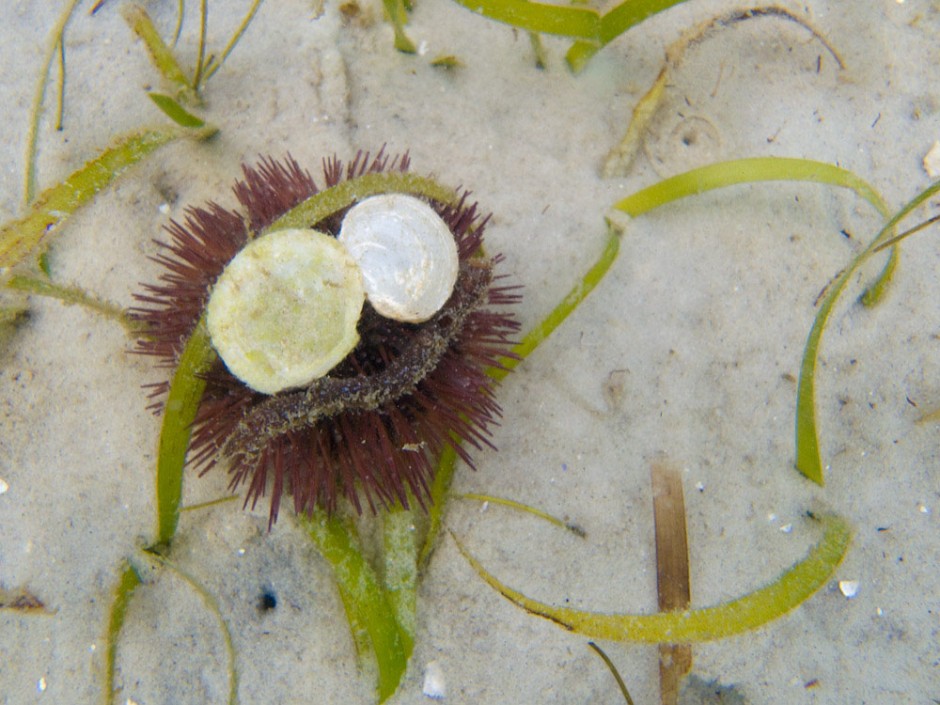 A sea urchin doing an impression of Animal from the Muppets

The guide was very knowledgeable about the ecology of the marine wildlife. He was very happy to answer any questions and to identify different wildlife for us. It was great to learn new things.

I felt that we were harassing the dolphins. We first encountered a lone dolphin that seemed fairly tolerant of our presence. We slipped into the water with our snorkels and it lingered for a minute before vanishing. But upon re-entering the boat it seemed we began chasing dolphins a bit too aggressively. Then, the guide lured a dolphin close to the boat by wiggling a rolled up piece of paper just above the water as if it were a fish. Ok, this is not exactly feeding a dolphin (which is strictly prohibited) but if you are luring him with something that looks like a fish it has essentially the same effect. Dolphins come closer to boats believing they’ll be fed and start to associate boats and humans with food. This is dangerous for the dolphin. 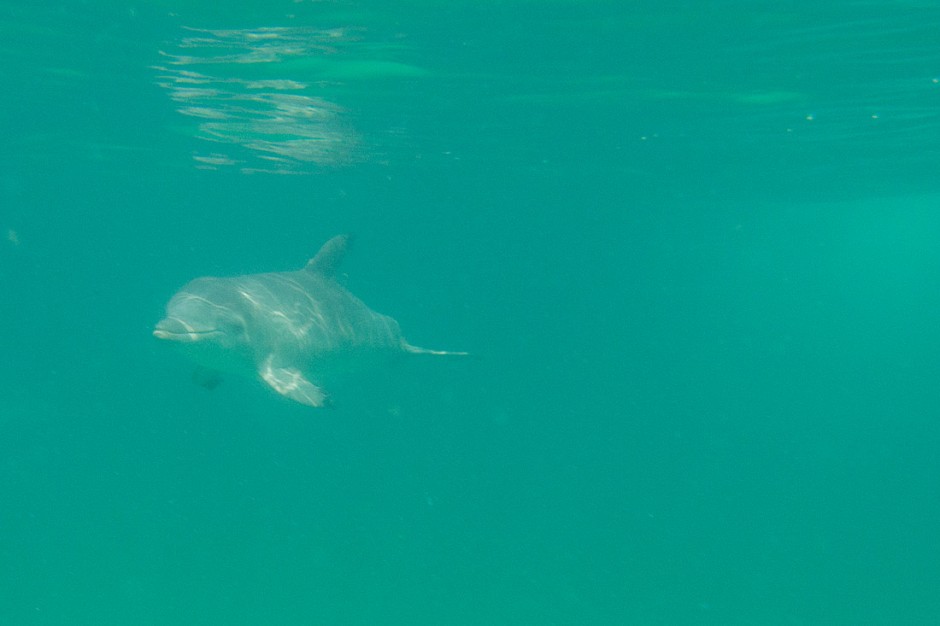 Let dolphins approach you, not the other way around

The worst incident of harassment occurred when the guide steered the boat directly beside a mother dolphin with a tiny calf and instructed us to jump in. One of the snorkelers landed almost directly on top of the mother and her baby.

Later on, while we were snorkeling in the grass flats, the guide told us we could pick up  shells and sand dollars to take home. I almost gasped. I looked at Hal and asked him “Did he just encourage us to take live sand dollars home?”

The removal of live organisms is not only detrimental for the individual (obviously it dies) but for the environment. Corals and shells provide valuable habitat for marine life.

I believe a mother and calf should never be chased down. I also don’t condone the removal of any animals or plants from their natural environment. Especially when they are alive.

I guess it is clear I won’t be going on this dolphin tour again until I am reassured they have revised their work ethics.