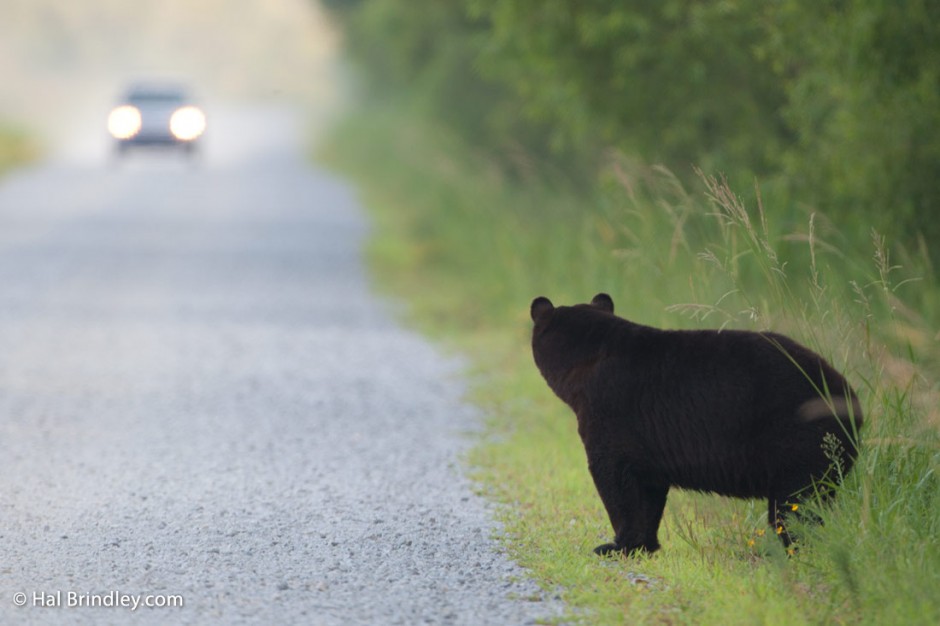 Black bear by the road in the Alligator River National Wildlife Refuge, NC

One of the reasons I loved the idea of living in the mountains of North Carolina is the presence of black bears. When you travel around the mountains, you see black bear touristy stuff everywhere. Bear mugs, bear t-shirts, roadside motels with bears on their signs, black bear this, black bear that. Guess what? I have only seen one single black bear in the past year.

So what do we do when we want to see bears? Ironically, we head out to the beach. There is a little-known place on the coast of North Carolina that is one of the best black bear viewing areas in the world. Our destination is the Alligator River National Wildlife Refuge. 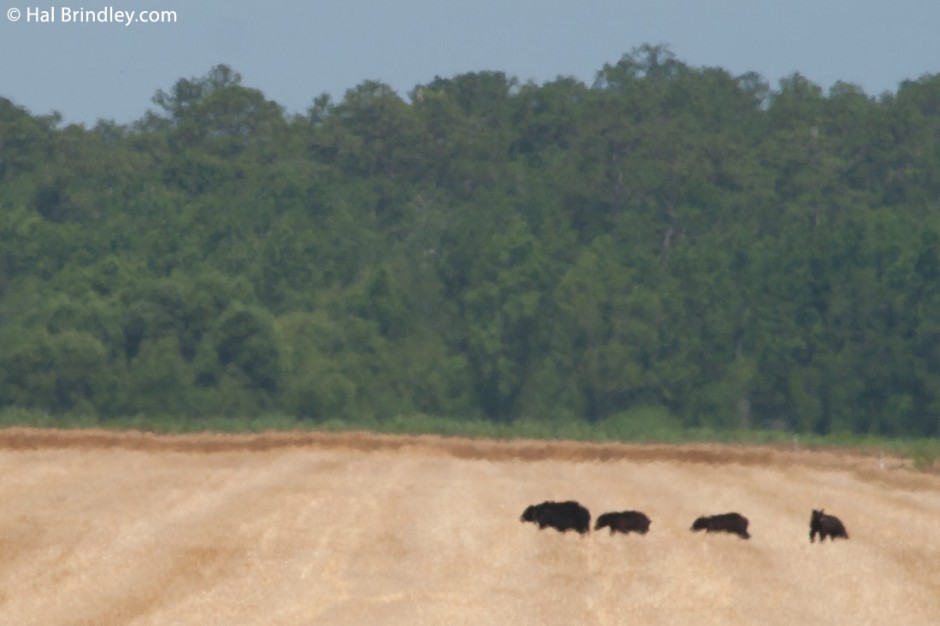 Did you know that Alligator River is home to the largest population of black bears in eastern North Carolina and one of the largest in the eastern United States? Neither did I. A great way to learn more about black bears at the refuge is to take the Black Bear Necessities Tour.

This tour is one of several guided interpretive tours offered by the Refuge. This tour runs from June to August, every Wednesday from 5:30pm to 7pm. The participants meet at Creef Cut Wildlife Trail parking lot (Milltail Road). The tour consists of two segments:

1) A presentation, where the refuge interns will teach you about what makes the Alligator River Refuge such a good home for black bears.

2) The Wildlife Drive. You will join the Refuge interns on a drive to look for bears and other wildlife. They have access to roads that are usually off limits. 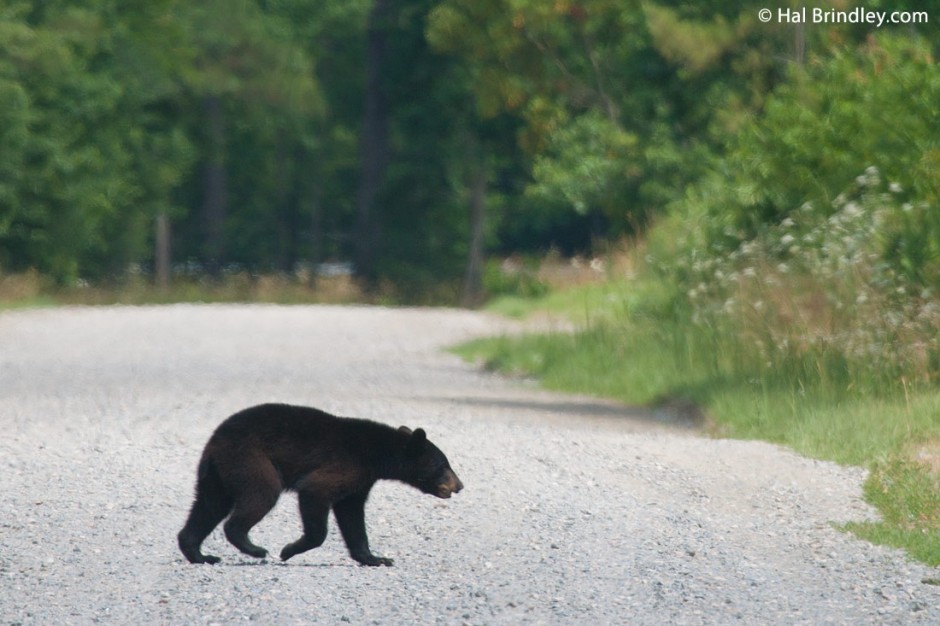 A bear crossing one of the roads at the refuge 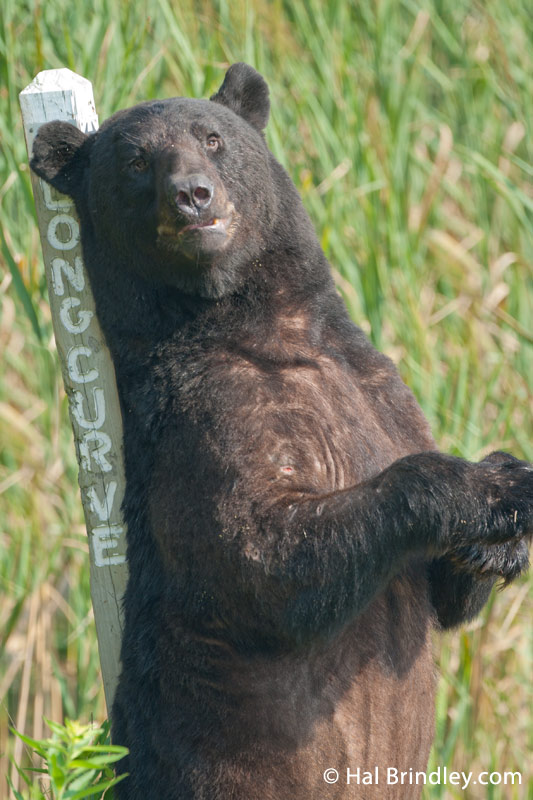 Price of the tour: FREE

Participants will return in time for the Red Wolf Howling (another Refuge guided tour).

Our Experience on the Tour

To be honest we didn’t go on the first part of the tour, the talk with the group. We were driving around the refuge when we noticed the tour underway and didn’t want to interrupt. But once the group left for the wildlife drive, one of the interns saw us and encouraged us to follow along because they were going somewhere we couldn’t normally go. He also said we would see lots of bears if we went with them. We don’t normally like to follow a caravan of cars to watch wildlife but we gave it a go. 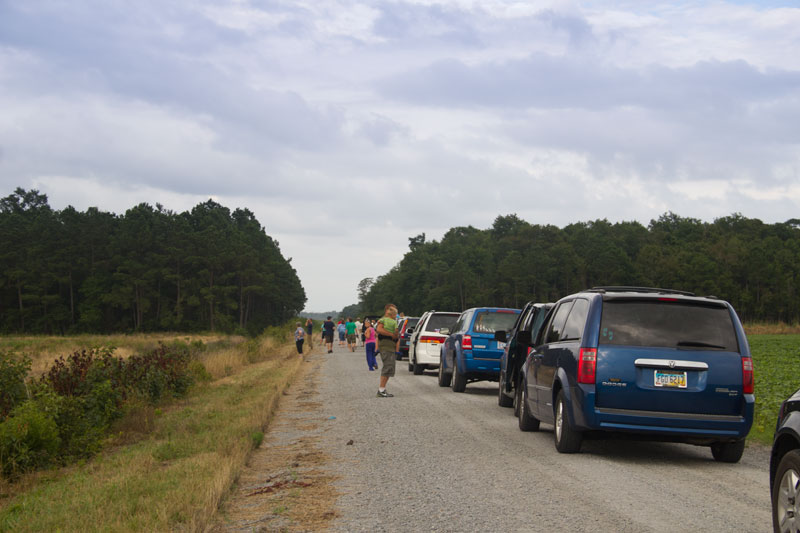 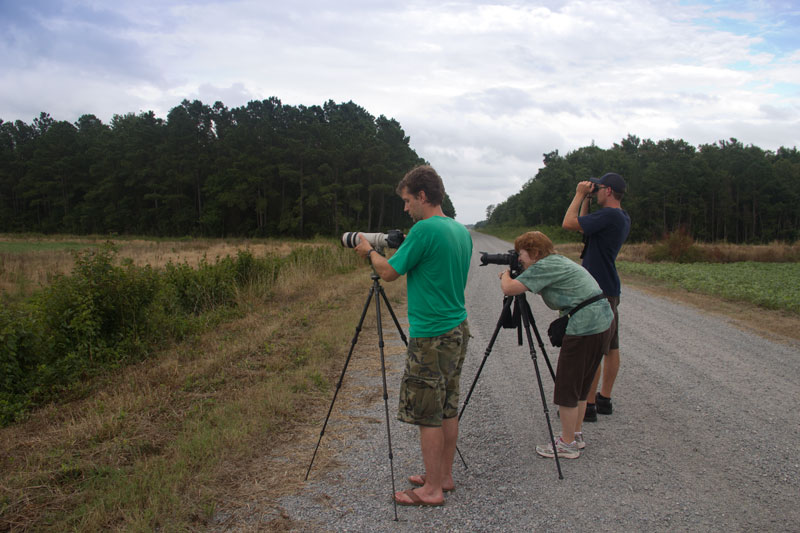 We were led down to Sawyer Lake road and up Buffalo City road until we got to Twiford road. This is a road that is normally closed to the public. We drove a short distance and soon noticed a few dark lumps up ahead. Everyone parked their cars, got out and walked up the road until the lumps materialized into black bears. There were a total of seven bears in the field just in front of us. We checked there were none creeping up behind us and started taking photos and video. There were four fully grown bears one of them had three tiny cubs with her. Suddenly, one of the cubs started running for no apparent reason. The other two cubs followed while their mother looked on. (See video clip below)

The Refuge interns were as excited as us to see all these bears and were very helpful and knowledgeable when answering questions. Suddenly, a fully grown bear appeared in the middle of the road and we were told to get back into our cars for safety reasons.

If we hadn’t taken this tour we would have never seen these three cute little guys running like crazy.

Would you like to see more black bear photos? Check out our photo of the week Black Bear with cub