Before moving to North Carolina I had lived in a lot of different places. I was an urban butterfly back then, going from city to city in the UK. I did a short stint in London, lasting only two weeks before escaping the human stampedes on the tube and constant parade of fuming cars. I moved a few more times, Manchester, Liverpool, Edinburgh before landing in Dublin, Ireland. I never felt at home in Dublin, but there was one place in the city that I always felt happy: Phoenix Park. And it was because the Phoenix Park deer. 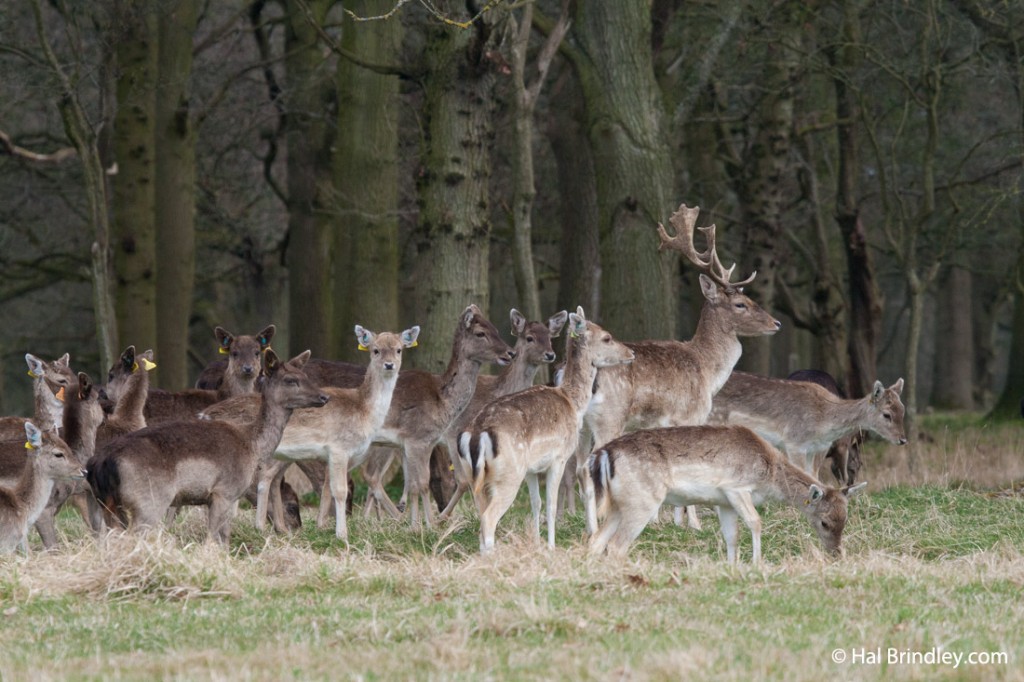 A herd of 400 deer live in the Phoenix Park

Both my home and my office were next to the park, but they were an hour walk apart. That should give you some idea of the size of the place. The Phoenix park is big. Huge. Massive. Its 1750 acres, making it one of the largest urban parks in the world.  Don’t know how big an acre is? Put two Central Park’s together and you’ll get a Phoenix Park. Yeah, it’s that big. 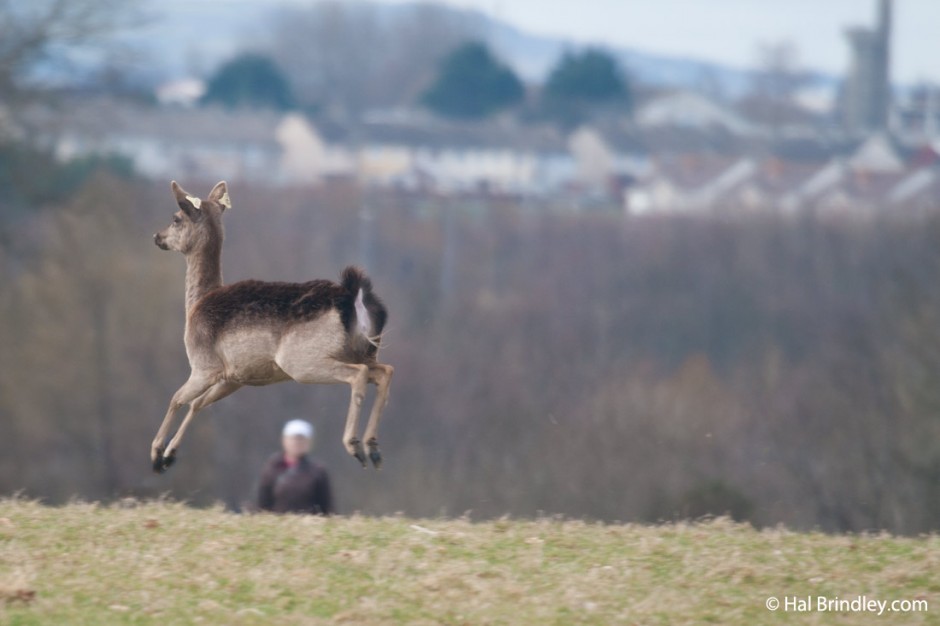 Aside from just being a huge urban park, the Phoenix Park houses the Dublin Zoo, the American Ambassador’s residence, and the Ordnance Survey Ireland.

Its great size and variety of habitats (forest, grasslands and wetlands) make it home to 50 percent of the mammal species and 40 percent of the bird species that exist in Ireland. It is a naturalist’s paradise. Urban nature at its best. But if you ask a local about Phoenix Park animals, they will either say, “Go to the zoo,” (which is located in the park) or “deer“. Four hundred of them actually.

Phoenix Park deer are dwarfed by the primeval forest

A few fallow deer (Dama dama) were introduced in Phoenix park in the 17th century by the Duke of Ormond. Since then, the herd has grown to the point where a cull had to be implemented, not without controversy. In 2010, a total of 80 deer were culled in the Park. In 2016 and 2017, 203 deer were culled and their carcasses sold to a meat supplier for almost 20k euros. In January 2019, 30 deer were culled.

Where to Find the Phoenix Park Deer

If you are visiting Dublin and want to see the deer, you can normally find them in the meadows. During the day they like to hang out in the meadows by the Papal Cross. This cross was erected on the edge of Fifteen Acres Meadow in 1979 for the visit of Pope John Paul II. This place is pretty easy to locate, the cross is 35 meters high and easily visible from the main road. Just look for the big white cross! 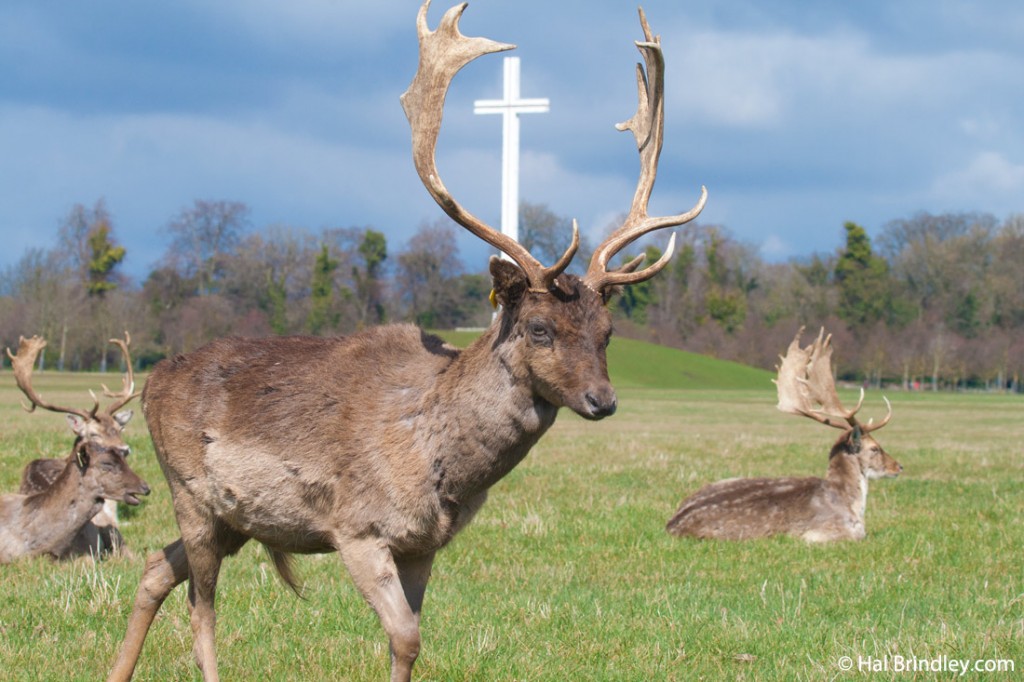 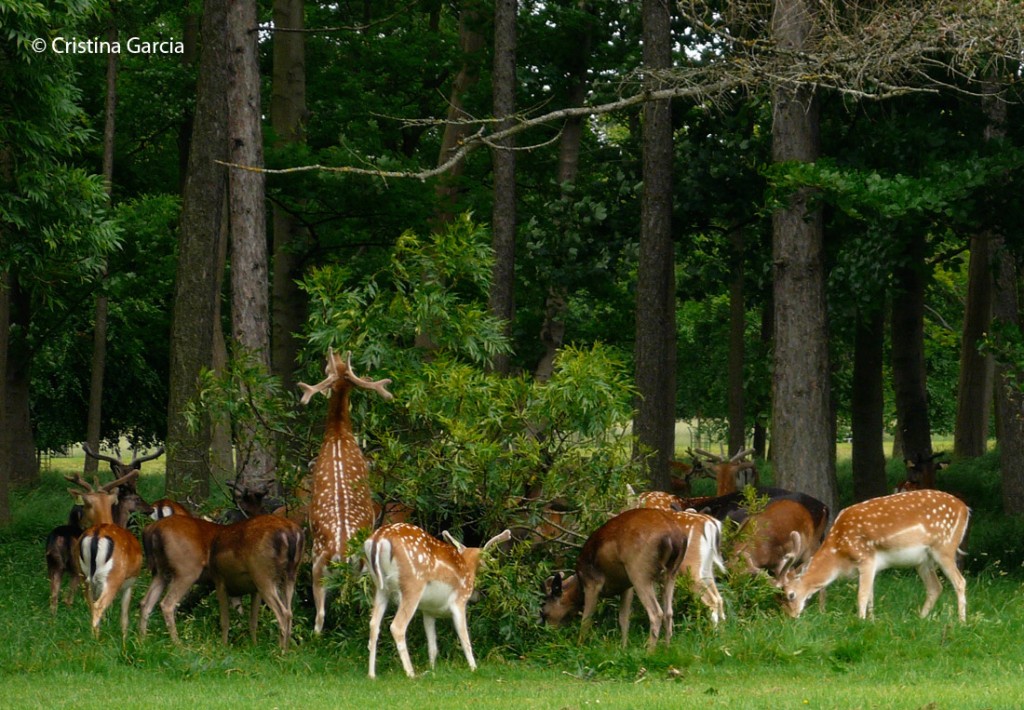 A fallen tree is a favorite meeting point

Watch your step! During summer some fawns may be left in the meadows hiding in the tall grass. I nearly tripped over one myself a few years back. It is best not to leave the paths to prevent this from happening. Mothers hide their babies in the grass while they feed. If you see a baby like this, leave it alone, its mother know where it is and she’ll come back later. 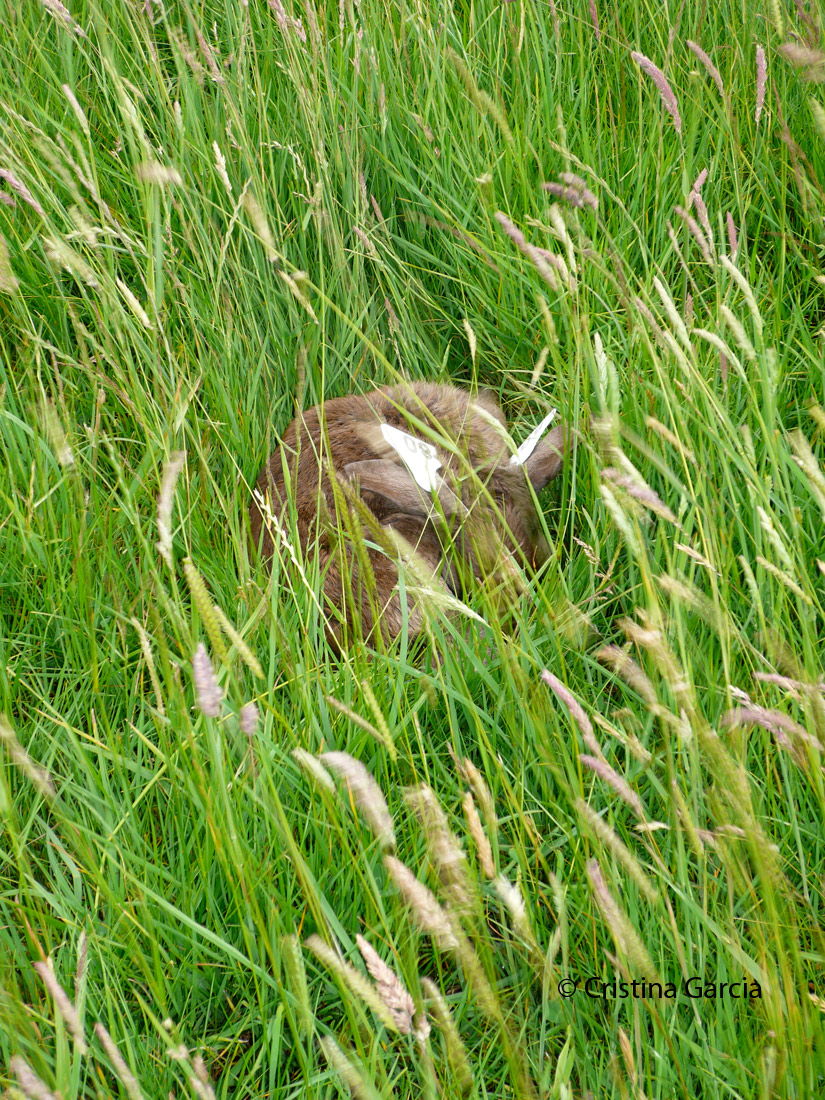 A  fawn hiding in the tall grass

On windy days I found the deer preferred to hide in the forest patches.

The fallow deer of Phoenix Park are pretty used to people and they are easy to photograph. But always remember, these are still wild animals. They are unpredictable, so respect their space. And do NOT feed them. There are plenty of people who feed them bread, but that does not mean it is OK. They should eat their natural food and not processed human food. And if you bring a dog, please keep them on leash.

,Even though you can get really close to the deer, respect their space. For over 300 years, the fallow deer have called the Phoenix Park their home and they have adapted to their urban life. The park is walled, and only a few gates allow access. It is very rare that any deer venture outside the walls. Deer share their oasis with cars, horses, joggers, cyclists, and tourists while the bustle of Dublin carries on around them. 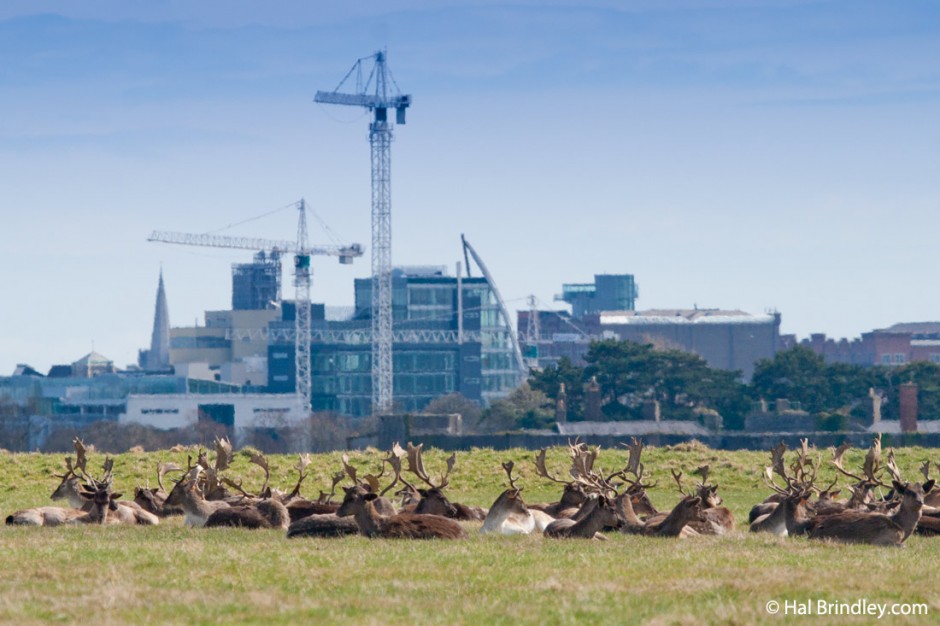 A group of bucks enjoying the sun on a early spring day.

If you are visiting Dublin and would like to get away from hectic city life, enjoy some wildlife watching with the Phoenix Park deer.

You could easily spend a few hours in the park. Stop for lunch at the Phoenix Park tearooms, a delightful small cafe by the zoo. Their soups and cakes are divine. The Phoenix cafe, on the northern side of the park, is also a great option.

What next? Don’t forget to visit the Natural History Museum in Dublin, on Merrion St.

What urban wildlife is found where you live?