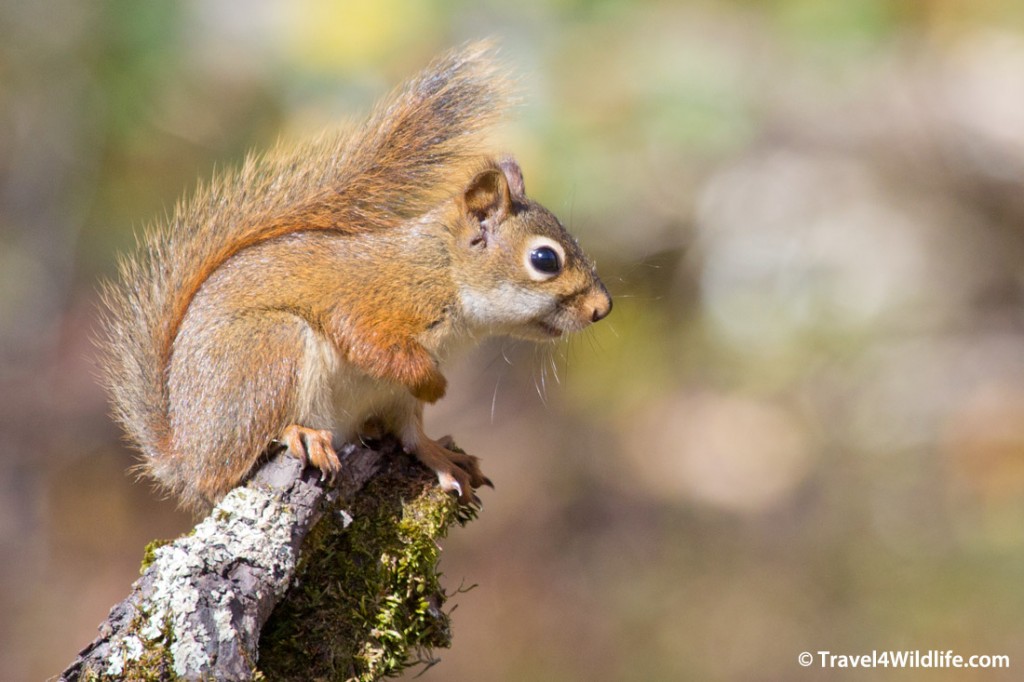 We recently went to the Smoky Mountains to film the elk but when we got there we decided to take a side road instead of heading straight to the meadows where we normally find them. That was a great decision. Not only did we see a few monarchs flying south (migrating to Mexico) but I had my first sighting of an American Red Squirrel right here in North Carolina. We had no idea they lived so far south, but the Appalachian Mountains serve as a peninsula for this mountain-loving rodent and the Smokies are the southernmost point of their eastern range. 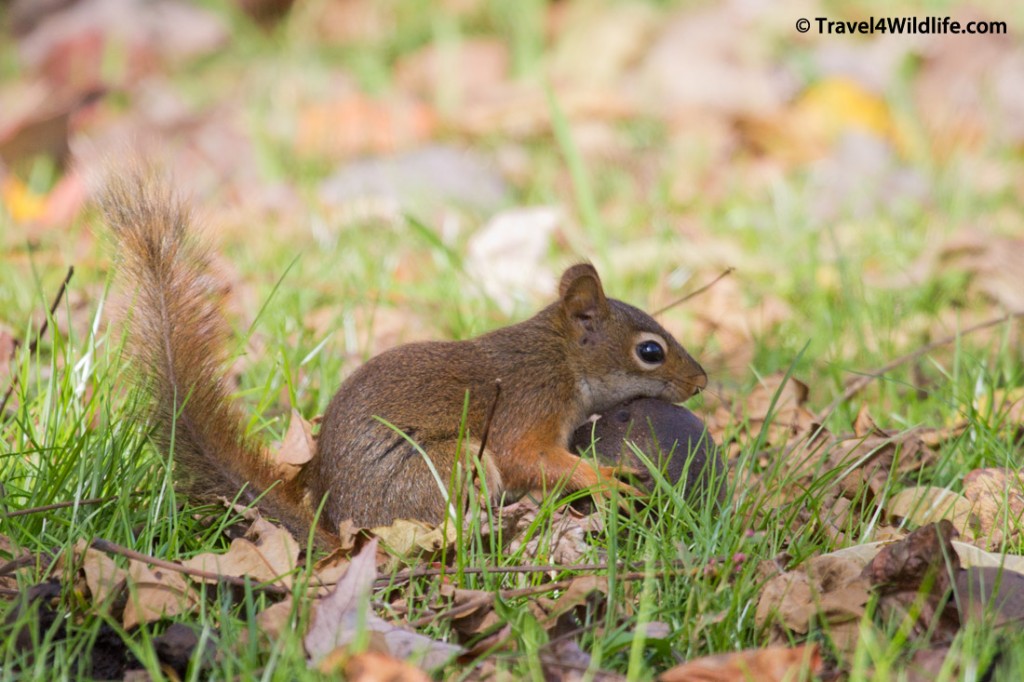 We caught this guy in the middle of a feeding frenzy. He spent half his time collecting these giant walnuts and piling them on his personal stash, and half his time feeding on them.