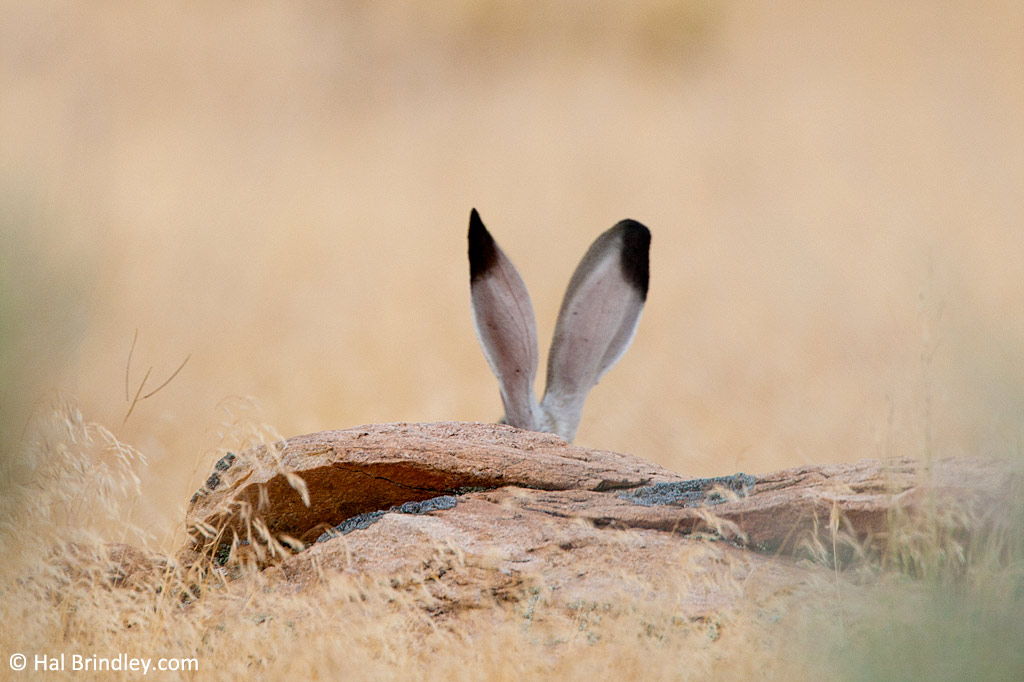 It’s hard to hide with ears like that. Jack Rabbit, Antelope Island, Utah.

In honor of Easter I’m posting this photo of the Easter Bunny’s close cousin: the Jack Rabbit.

Living on the east coast of the United States, the only rabbit I’m used to seeing is the Eastern Cottontail: a cute little nose wiggler with relatively short ears and a fluffy white tail.

So when I travel west, I’m always shocked to see the large, rugged, and somewhat crazed appearance of the jack rabbit (the bulgy eyes give it a rather insane look). That’s because a jack rabbit is not technically a rabbit at all, but a Hare. (The “lagomorphs” consist of rabbits, hares, and pikas)

While rabbits tend to dive into thick cover to evade predators, the hares depend on their long legs and incredible speed to run across open ground. Another major difference is that baby rabbits are born helpless, with closed eyes and little fur. Hares have a longer gestation period and give birth to much more developed young with open eyes and the ability to run. On top of that, hares tend to have longer ears, and of all the species in the world, none is more pronounced than those of the jack rabbit in the western United States. 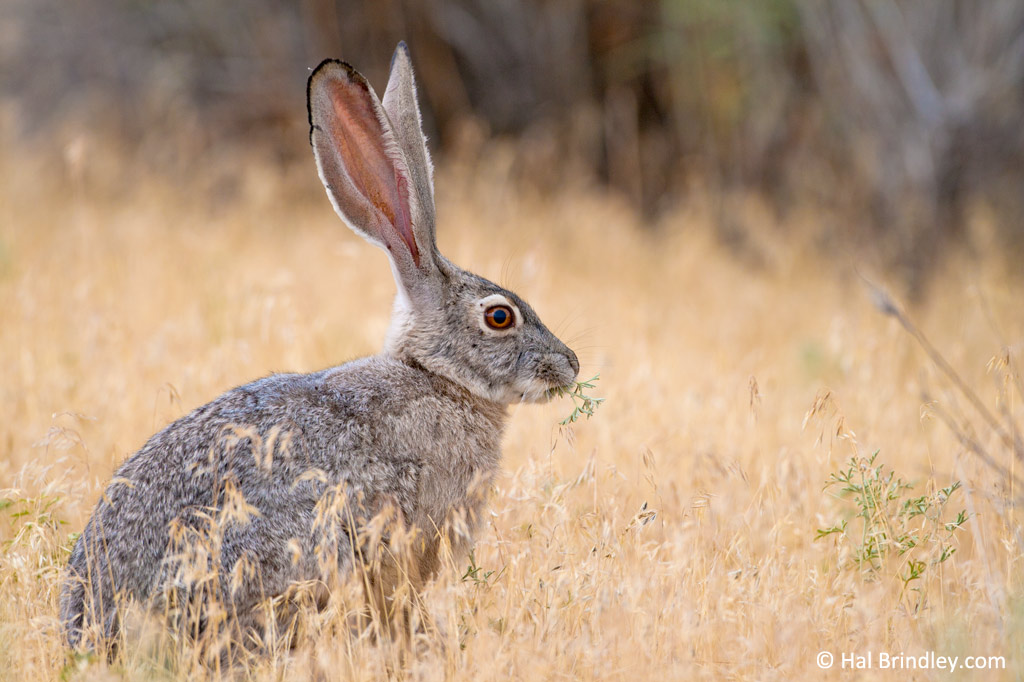 I photographed quite a few jack rabbits while camping on Antelope Island State Park, which rests in Utah’s Great Salt Lake. It is a surreal place, surrounded by a biologically dead lake (save for a single species of brine shrimp) yet absolutely crawling with life. In my short time there I spotted pronghorn antelopes, bison, coyotes, burrowing owls, pheasants, chukars, avocets, and plenty of jack rabbits. In my opinion it is one of America’s best-kept secrets for amazing wildlife destinations.