Howling With Red Wolves (with video)

Surely there is no sound that epitomizes North American wilderness like the howl of a wolf. To stand in a forest at dusk while a pack of wolves howls in the distance is a beautiful, eerie and unforgettable experience. 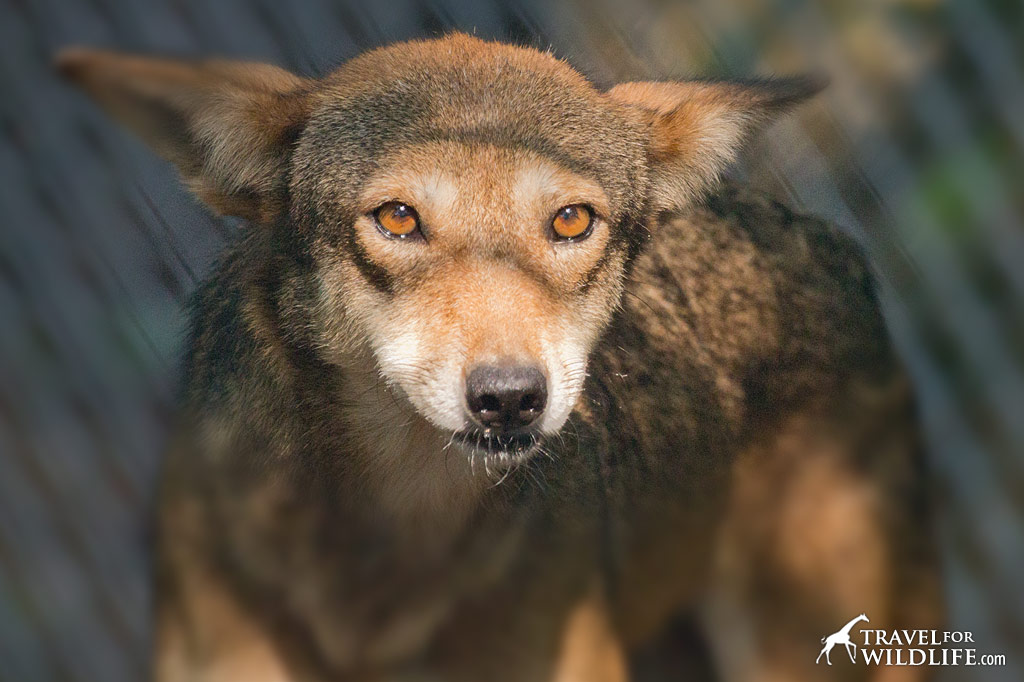 “Betty” one of the ambassador red wolves in Columbia, NC

Thousands of people each year blast through the Alligator River National Wildlife Refuge on their way to the beaches of the Outer Banks, but very few realize that this stretch of wilderness is home to some of the world’s rarest predators. You’d never know that wolves prowled these forests if it weren’t for a few inconspicuous road signs. And you certainly wouldn’t guess that these wolves are the only ones of their kind in the entire world. Only about 130 Red Wolves remain in the wild, and they all live right here in a five county area of coastal North Carolina.

But these wolves may as well be ghosts. We’ve been here many times and have never seen one. Employees who’ve worked here for many years have never seen one. Seeing a red wolf in the wild is like winning the lottery: almost impossible. Last march we found a few scats that may have come from a wolf, but we’ll never know for sure. And we’ve definitely never heard a wild red wolf howl.

There’s only one way to experience the howling of red wolves, and that’s to join the Red Wolf Howling program in the Alligator River NWR, conducted by the US Fish and Wildlife Red Wolf Recovery Program.

Here is a video of the Red Wolves Howling in the Alligator River.

Trying to get wild wolves to howl is a controversial subject. For example, in Yellowstone National Park, any kind of attempt to get wildlife to respond  is illegal. This includes howling to wolves. That’s because it changes their behavior and the behaviors of other wildlife around you. In the Alligator River National Wildlife Refuge, the howling tours do not involve wild wolves. The howling is performed with wolves being held in the captive breeding program.

The howling tour works as follows:

• Meet at the Creef Cut Wildlife Trail parking lot just off of Route 64 in the wildlife refuge at 7:30 PM on Wednesday nights June through August. The cost is $7 per person.
• A half  hour talk is given by US Fish and Wildlife staff about the biology, ecology and conservation of the red wolf. 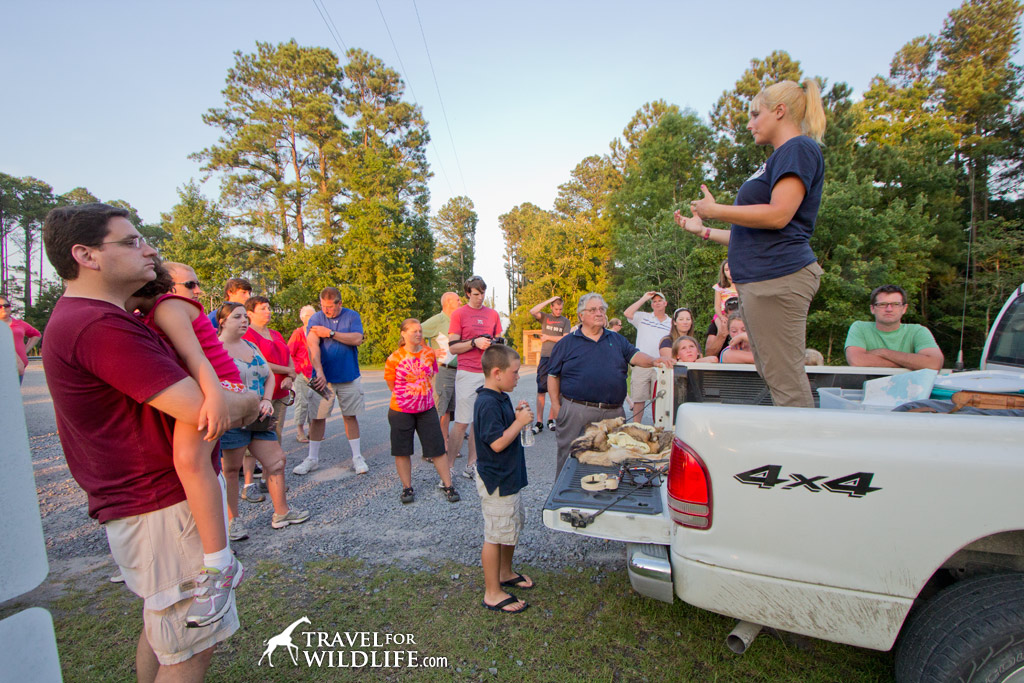 Learn about red wolves at the Red Wolf Howling program

• Everybody gets in their cars to drive close to where the holding enclosure is located somewhere deep in the Alligator River NWR.

• Get out of your cars and walk toward the enclosure. You won’t get all the way to it. In fact, you’ll never actually see it or the wolves inside. (The wolves can’t be habituated to humans or they won’t be able to be released.) You’ll be standing in the middle of the forest at dusk while bats fly above your head and mosquitoes buzz all around you. Once there, everybody gathers quietly in a tight group and the howling starts. The group howls together and listens closely to see if the wolves respond. If it doesn’t work, the group tries again. For our group, the third time was a charm. Quietly in the distance a chorus rose up out of the darkness, six voices which sounded like dozens all around us. For nearly a minute the howls pierced the moonlit night.

Faces began to light with excitement and wonder. Kids looked at their parents in amazement. A few (including myself) became teary-eyed with emotion. Suddenly I knew there was hope for the red wolf. When so many people learn about the red wolf and connect with it in such a visceral way, feel the goosebumps on their skin and the smiles on their faces, they can’t help but care about the survival of this endangered species. The red wolf’s future is in good hands in the Alligator River National Wildlife Refuge.

If you’d like to actually lay eyes on a red wolf, try one of the programs managed by the Red Wolf Coalition in Columbia, NC where you can see the ambassador wolves Hank and Betty