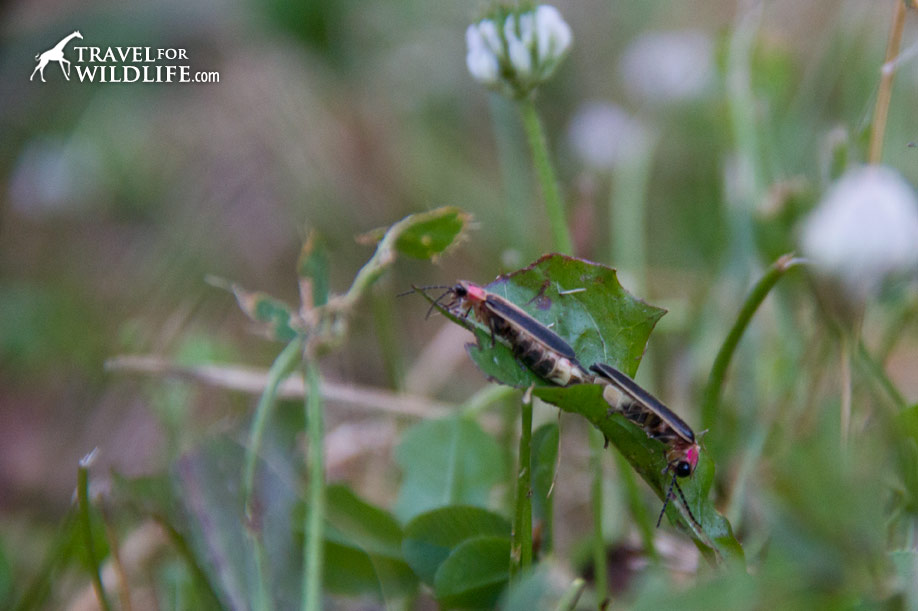 I am fascinated by fireflies. I saw them for the first time only three years ago, during my first summer in the United States. Hal and I were camping in the Pisgah National Forest in North Carolina. It was past ten in the evening when I emerged from the tent and stood up. All around me tiny creatures were lighting up the dark forest. I felt like I was in a fairytale.

Since that day we make sure our yard is prime habitat for lightning bugs. Fireflies are disappearing due to habitat encroachment. If you want to help them survive, read  how to help fireflies.

So, lightning bugs light up at dusk. But, what else do you know about fireflies? 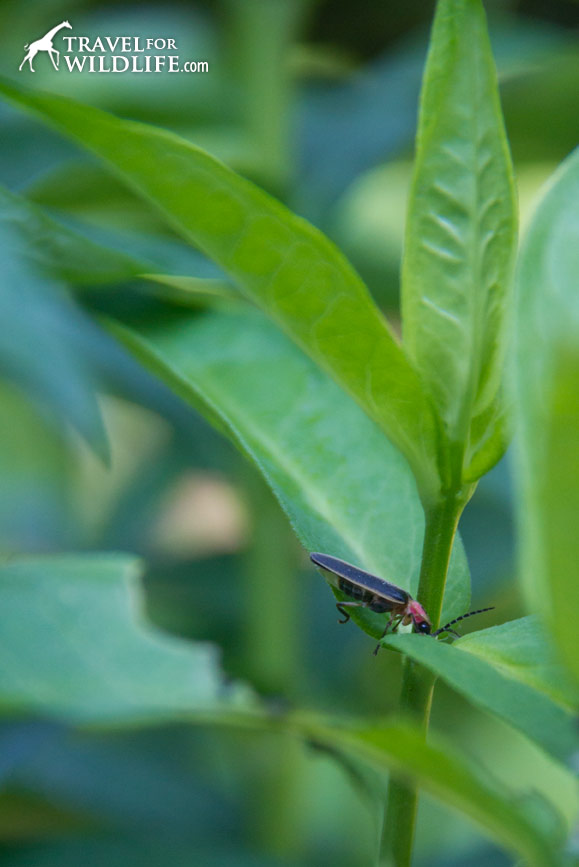 Before dusk fireflies can be found resting on leaves

These insects are actually beetles belonging to the family Lampyridae. A whopping 2,000 species of firefly have been recorded.

Do you know how fireflies produce their glow?

Fireflies have dedicated light organs, called lanterns, located under their abdomens. Here, in the presence of the enzyme luciferase, oxygen is combined with the substance luciferin to produce energy in the form of light. The light produced is called “cold light” as almost 100% of the energy given is in the form of light. In comparison, an incandescent light bulb’s energy is 10% light and 90% heat.

In some lightning bug species, the eggs and larvae also produce a glow in response to vibrations.

Are You Talking to Me?

Like any other animal, fireflies need a language to communicate with each other. However, lighting bugs don’t use a spoken language or any kind of acoustic signal to find a mate. Their language is comprised of visual signals, a combination of blinking flashes in various patterns. Each firefly species has its own language. However, some species don’t produce any light at all and communicate entirely with pheromones.

In some species, only one sex is known to glow. But in most, both sexes emit light. While the glowing males fly by, a female will rest and wait in a nearby tree or shrub until she spots a male she likes. Then she’ll answer with a flash of her own.

Larvae (the young stage of fireflies) live underground and feed on worms and slugs. Adult fireflies usually feed on nectar or pollen, though some adults may not feed at all.

Yet other adults may even practice cannibalism. 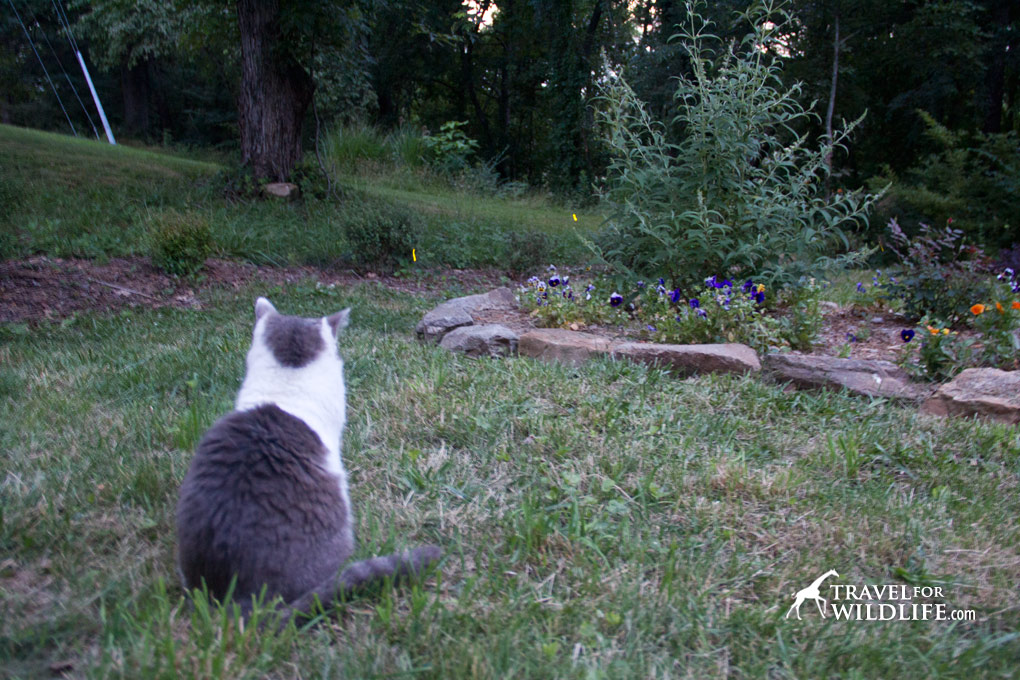 Watching fireflies is one of our cats favorite pastimes

Do you have fireflies where you live?