1) Fierce as a leopard

Leopard seals are named after their spotty coats and for their reputation of being fearsome hunters. It is one of the top predators in Antarctic waters, filling the niche that polar bears hold in the Arctic. 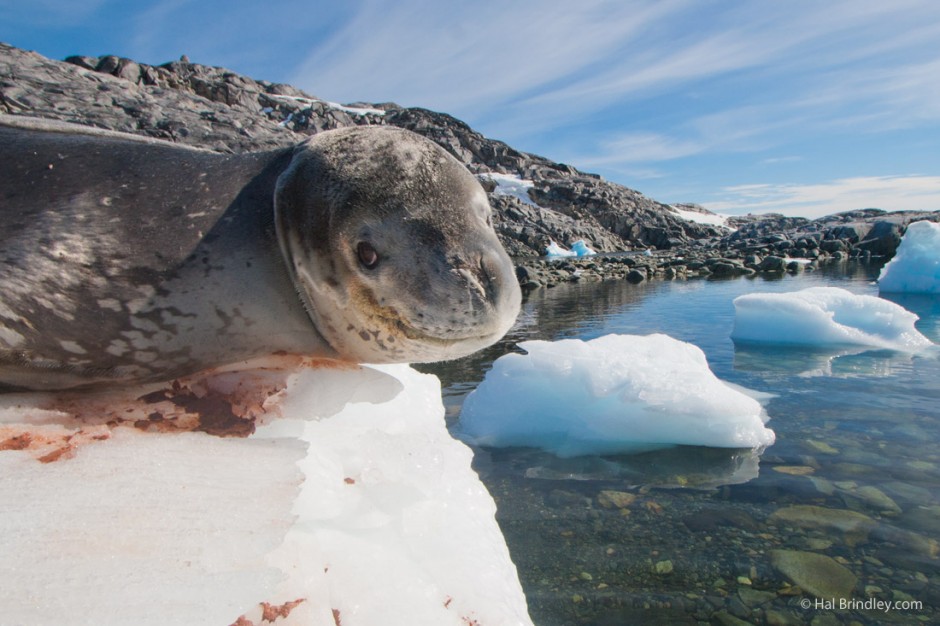 Leopard seals have a spotted coat

3) The unique dentition of a leopard seal

The unique dentition of the leopard seal allows them to have a surprisingly varied diet.

Their front canines and incisors are designed to capture and tear prey like other seals (crabeater seals and Antarctic fur seal pups), seabirds, and penguins (mostly Adélie penguins). Their back molars present interlocking cusps to strain krill (a shrimp-like crustacean) out of seawater. Although leopard seals are powerful predators, tiny krill actually make up the majority of their diet. 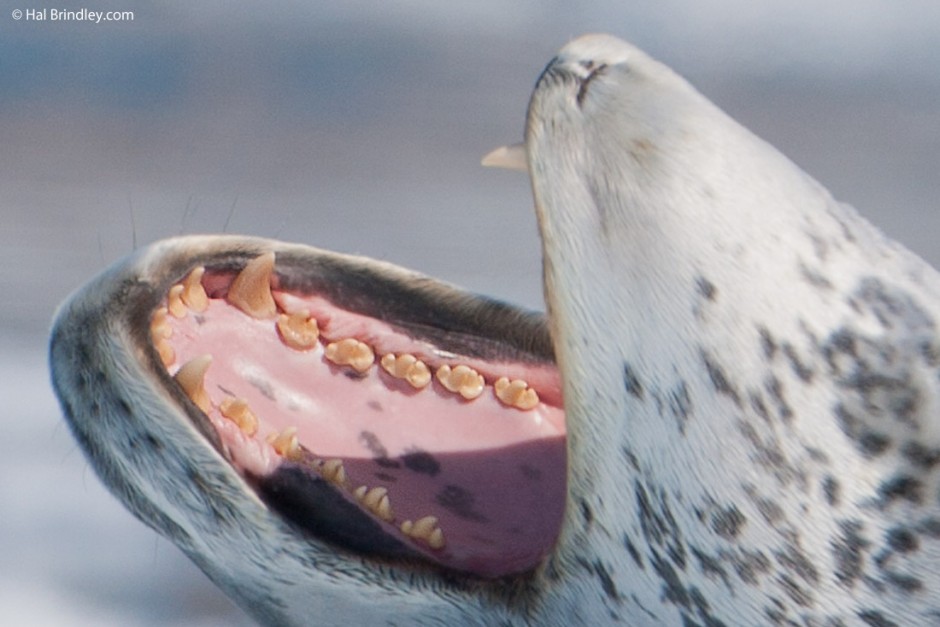 Dentition of a leopard seal

Other food items include cephalopods, fish and squid and they are known to scavenge upon dead whales and other seals.

Unlike other “true” seals (the phocid family) that swim by moving their hind limbs from side to side, leopard seals swim gracefully using powerful, long, and simultaneous strokes of the forelimbs in a manner similar to the “eared” seals (otariids) like sea lions. 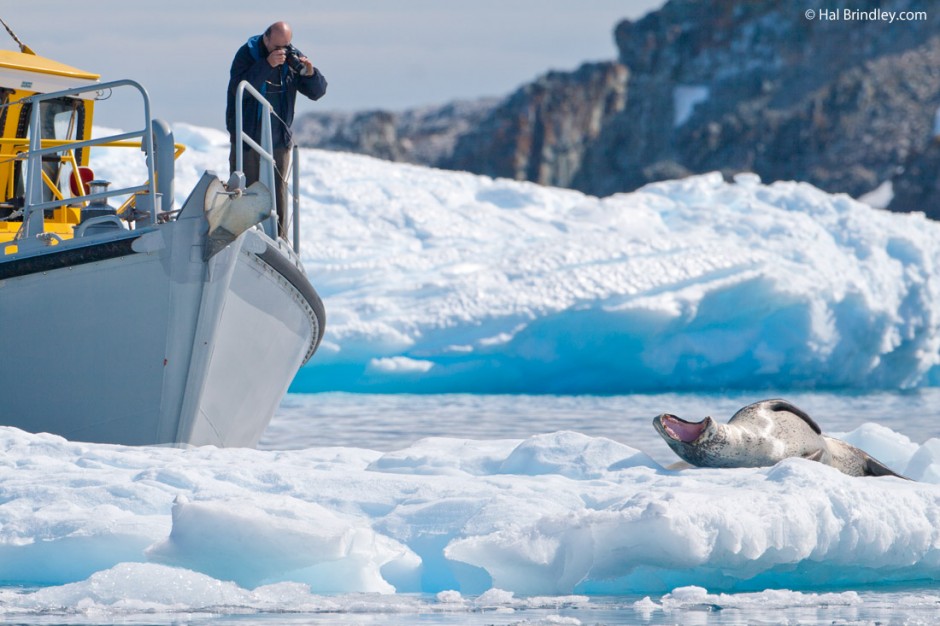 If you enjoyed our four leopard seal facts you may also like: