From Alaska to South Africa

If you’ve been following us for a while, you know that a few months ago we won the McNeil River lottery. We spent a few exciting days researching and planning our trip and we were really looking forward to spending a few days walking with grizzlies in the Katmai Peninsula of Alaska. We were so excited that a one-week trip soon turned into an idea for a one-month road trip in Alaska, exploring the wilderness and searching for wild musk ox in the northern tip of this vast state.

Then we received a letter. We had three weeks to pay for our permits and secure our place. The permits for both of us totaled $700.

On top of the permit cost, we’d have to pay our flights to Alaska and within Alaska (the float plane flight from Homer to McNeil River costs about $800 per person!)  We fantasized about visiting Round Island (an expensive boat ride and more flights) plus a drive to the far north. Our Alaska budget began to inflate beyond our means. We started to get stressed out and we realized we just couldn’t afford it. A trip shouldn’t be about stressing out over money, but about enjoying the preparations and the journey, so we decided it just didn’t make sense for us. I pouted a little bit but we knew we had made the right decision. We are going to try again with the lottery next year. And the year after. And the year after. Until we win it again.

So this isn’t good bye Alaska, only see you later! 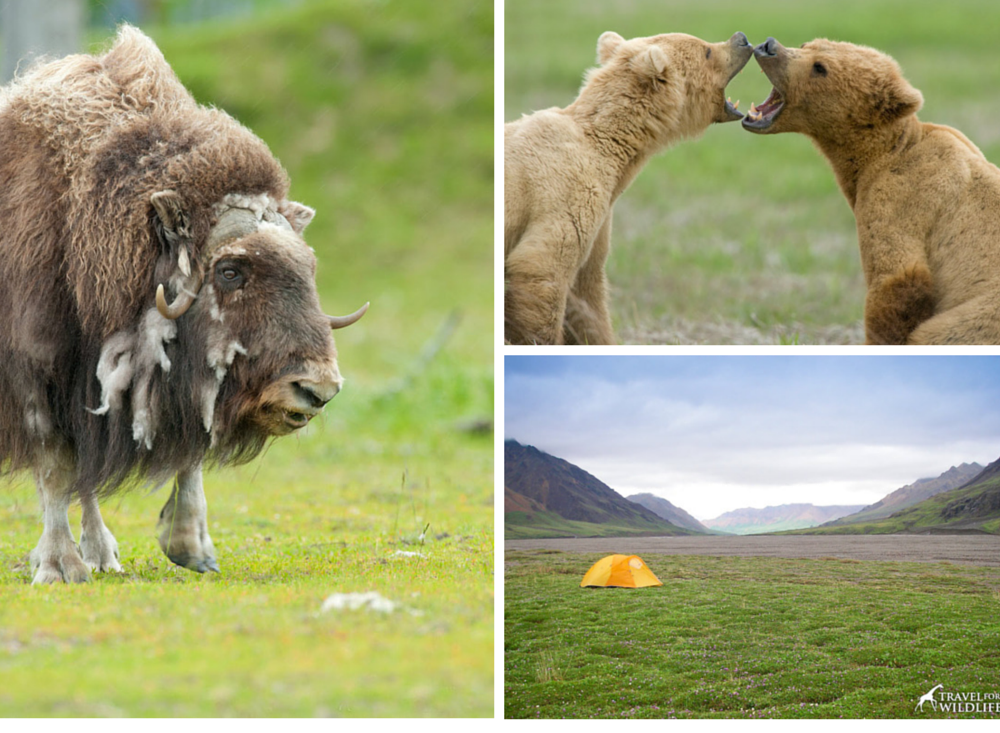 the good news is…surprise!…we have another trip up our sleeve.

We are going to South Africa!

This story is totally crazy. Last December I joined a #TravelChatSA in Twitter where every Wednesday at 7pm South African time there is a chat about South Africa. The subject of that week’s travel chat was Kwa-Zulu Natal, the province that is located between Lesotho, Swaziland and Mozambique, and it was co-hosted by This Is KZN.

The chat was one of the best I’ve participated in. In fact, I think it is the only one where I stayed for the whole thing; everyone was fantastic, sharing useful tips, great photos and amazing places to visit in one of the most beautiful places in Africa. I loved it so much that I forgot there was a prize involved. One lucky participant would win a 6-night stay thanks to Isibindi Africa Lodges.

A few days later I opened my twitter and it was flooded with congratulations messages. What? I won. I really didn’t believe it.

I decided not to tell Hal until Christmas so for the next 2 weeks I kept my little secret safe and I was lucky that Hal didn’t see anything on Twitter. I told Hal on Christmas Day.

We won a two-night stay at each of these lodges:

Located in a unspoilt wilderness that is part of the Isimangaliso Wetland Park, now recognized as a World Heritage Site. We’ll explore this unique ecosystem by guided canoe, boat trip on the lakes, and a raffia forest walk to look for the endangered palm nut vulture. 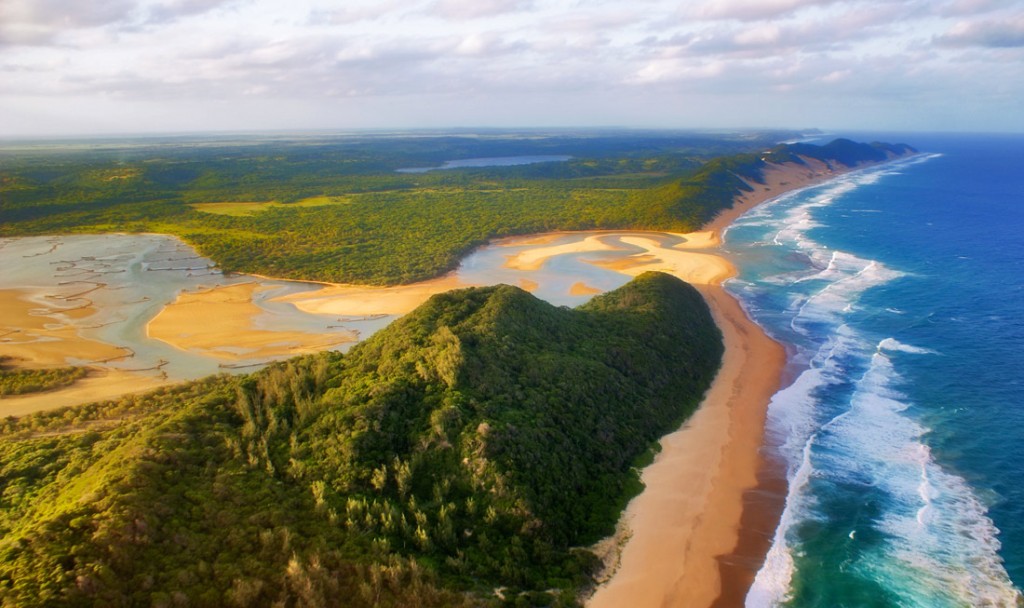 We’ll learn about Zulu history and culture as well as touring the Anglo-Zulu Battlefields, like the famous Isandlawana. We’ll also explore Zulu cuisine. 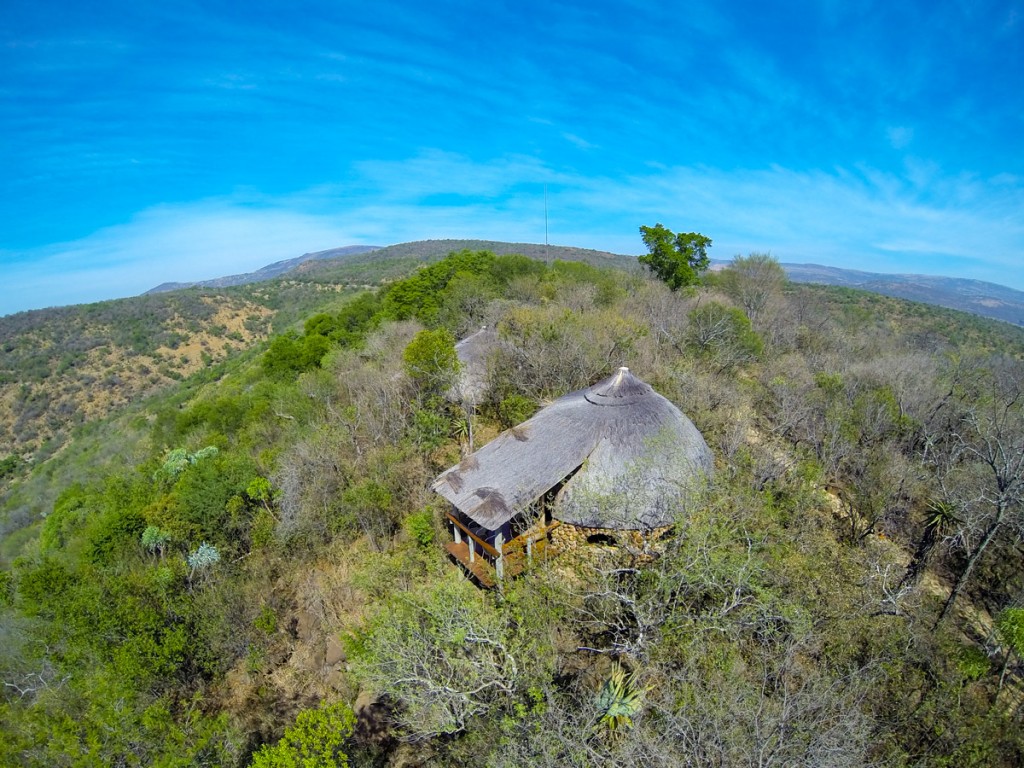 Our own private Zulu hut for a couple of nights ©Isibindi

The newest of the lodges in Hluhluwe iMfolozi Park, the oldest nature reserve in South Africa. The park is the birthplace of rhino conservation, breeding the species back from extinction (there were fewer than 20 southern white rhinos worldwide in 1900). We’ll learn about the conservation efforts within the park while we look for the  Big 7. What’s the Big 7 you ask? See below. 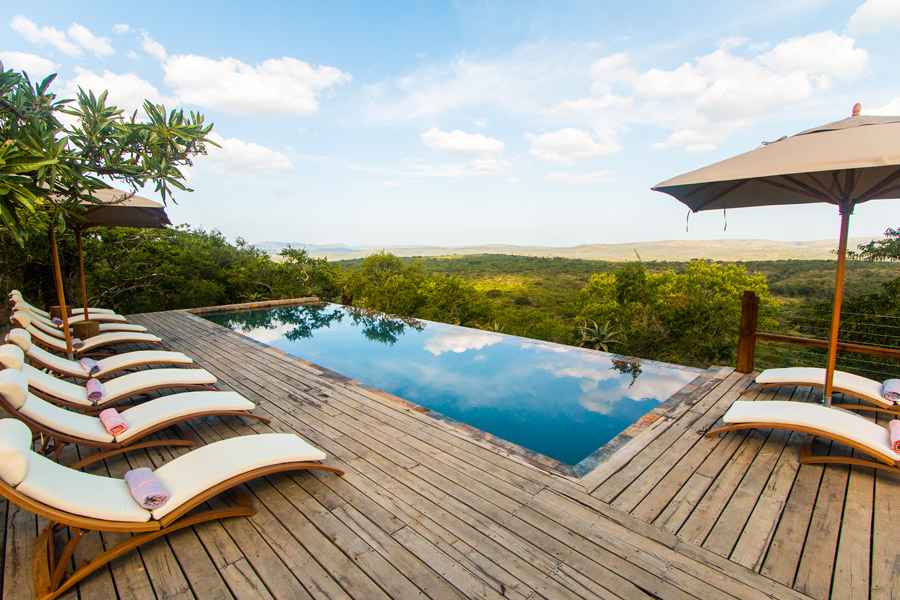 Don’t mind me if I take a break from all the wildlife viewing! ©Isibindi

Planning our trip to South Africa

The Kalahari is our favorite place but Kwa-Zulu Natal is very dear to us. We fell in love there, but we haven’t been back since, so it will be a very special trip. Right now I am all excited and planning a fantastic 3 whole months in South Africa. I have a vague idea of the places we’ll go and what we’ll be doing but I hate putting down dates as we all know they are always changing.

So far I came up with this: we’ll be spending two months in KZN, visiting all the amazing reserves looking for the Big 7 (lion, leopard, rhino, elephant, buffalo, plus the African wild dog and the cheetah), tracking sea turtles, learning about Zulu history and culture, and swimming with wild dolphins (we’ll escape for 3 days into Mozambique for this one). I am so excited to promote Kwa-Zulu Natal as an ideal wildlife destination. There are a lot of people doing great work in the tourism and conservation fields and I can’t wait to get there and tell you all about it.

A cheetah in the Kalahari ©halbrindley

Then we’ll drive for 16 hours to the Kgalagadi Transfontier Park and spend a couple of weeks. Ideally we’ll pop into Botswana and visit the Central Kalahari. And since we are there, we should go to the Okavango Delta…but I am afraid I’ve run out of time. I really need to sit down and put everything on paper and sort out some dates. And to remember that a tourist visa is only for 3 months, it is not for eternity. So I’ll see what I can do with that. Oh yeah, Kruger. I forgot about Kruger.

So many places, so little time. But one way or another, we’ll make the most of it!