“Blood Lions” Premieres in the US

For centuries, lions have been loved, feared, and admired. Everybody knows “the King of the Jungle”. What most people don’t know is that the lion, one of the most iconic species on earth and the indomitable symbol of the wild, is also one of the animals most abused by humans. And this abuse has been masquerading itself as “conservation”.

On October 7th, “Blood Lions” will premiere on MSNBC. This documentary exposes the link between lion cub petting attractions and canned lion hunting in South Africa. Lion cubs are bred in lion farms, separated from their mothers at a very young age, and turned into tourist magnets in “pet-a-lion-cub” attractions. When they are a little bit older they are used for “walk with a lion” programs. When they grow too big to use with tourists, they are sold to canned hunting operations. Their maned heads will become a hunting trophy and their bones will become a “magic” potion or wine in the Asian market.  But the most disgusting part of this practice is that tourists are lulled into thinking this is all OK by being told that the operation is supporting lion conservation. Shockingly, none of these practices are illegal. 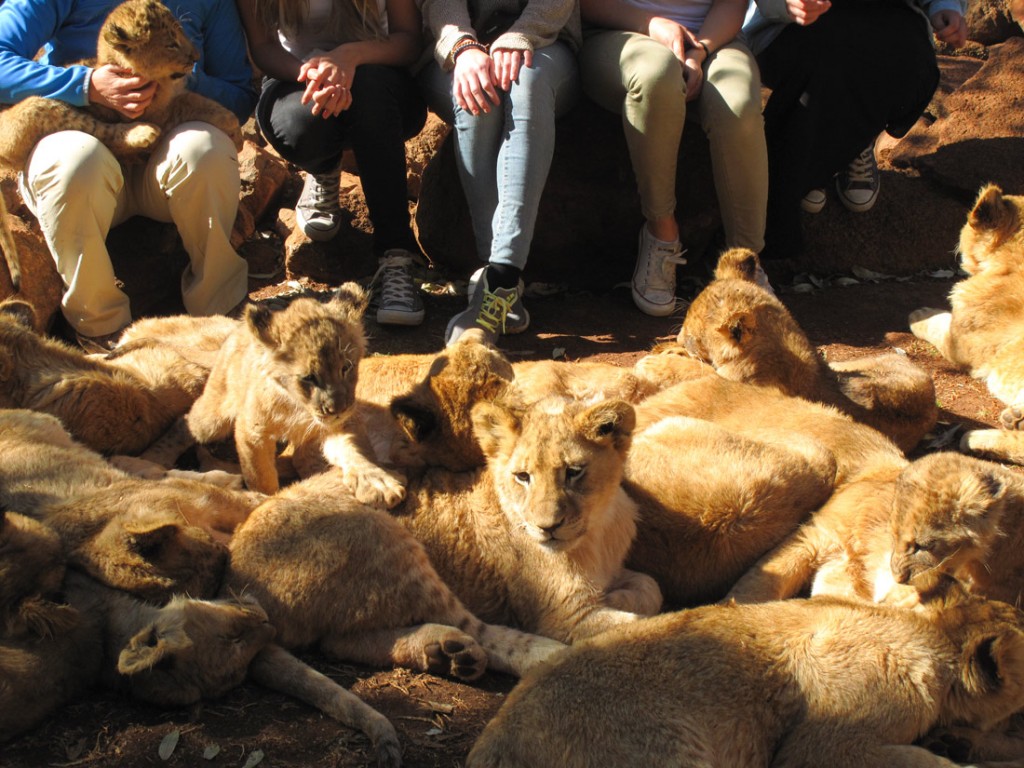 There are almost 200 lion farms or breeding facilities in South Africa holding somewhere between 6,000 and 8,000 predators, the majority of them lions. Other species held are cheetahs, leopards, and tigers. There is no conservation behind the breeding of these lions. Due to all the human contact they’ve been subjected to, they are tame, imprinted, and could never be released in the wild. And of course, these operations have no intention of ever doing so.

“Our film is an exposé, most of the lions exist in appalling conditions, exploited at every stage of their lives. Even the people in South Africa do not know that lions are being bred for the bullet – and that it is totally legal. We want to show the world what is going on, who is involved, the impact on the animals and how much money is being generated by this industry.” – Bruce Young, Blood Lions director.

It was about time these practices where uncovered, and Blood Lions does just that.

The film shows in intimate detail how lucrative it is to breed lions, and how the authorities and most professional hunting and tourism bodies have become complicit in allowing the industries to flourish.

The documentary includes the perspective of both proponents of this practice who say that hunting helps preserve Africa’s lion population and conservationists who are quick to dispute that claim.

Who’s side are you on?

Blood Lions is a compelling call to action and shows how you can get involved in a global campaign to stop lions from being bred for the bullet.

Please, never visit a lion petting attraction or a walk-with-lions program, and watch this film to find out why.